This video was filmed through my optic, a Trijicon MKIII 60mm, while hunting in a large oat field for a local rancher. The squealing you hear in the background is a Foxpro Shockwave playing a pig distress sound. 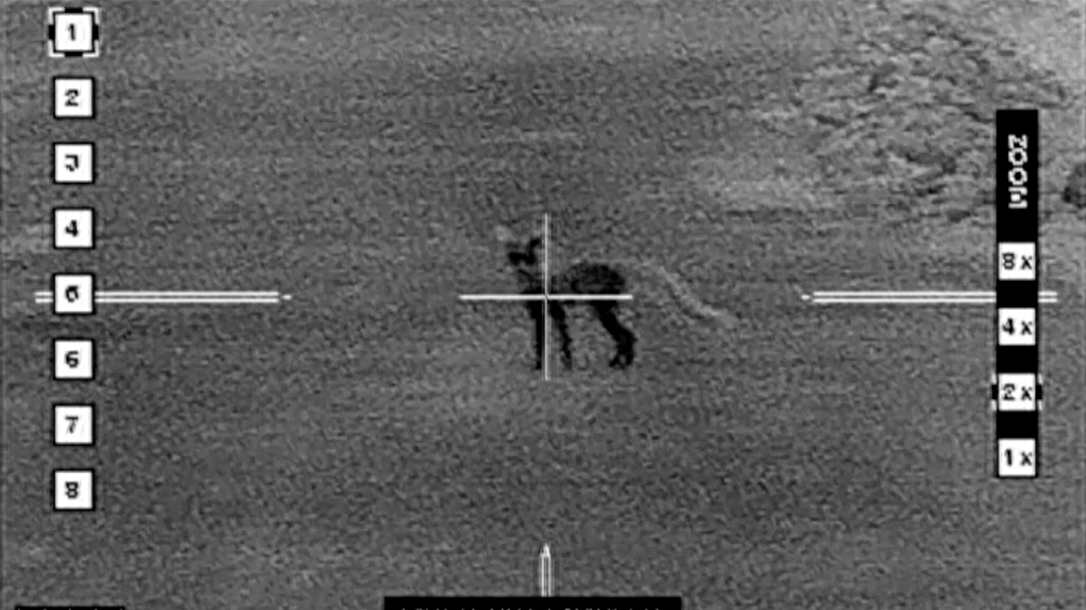 The target is a large boar moving across the field we were parked in. There are multiple shooters, so you will hear and see several shots.

Wild pigs do a tremendous amount of damage to farm land in Texas. A local farmer called me to help him with his wild pig problem, and obviously, I was happy to oblige.

As this pig came to the call, he began to cut across the field and head toward a thick tree line. We made the decision to take the shot one him, rather than letting him live another day to ruin more crops.

The first shot from my rifle was an impact just in front of the pig’s shoulder. The farmer’s first couple of shots hit short in the dirt. There were multiple follow ups taken, as it appeared he was unfazed by the first hit, and the “thud” of multiple impacts continued as the boar ran away.

Finally, like a rodeo bronco, the pig spun in a cyclone and hit the ground. Another pig down, another happy farmer.