0
SHARES
141
VIEWS
Share on FacebookShare on Twitter
The gun community is a funny one. Just when you think a certain kinda somebody couldn’t possibly be part of the tribe, well, then you get schooled all over again. Recently, our brethren at Personal Defense World reported on Post Malone open carrying in a Utah Walmart. In another example of what some have tagged “Gun Culture 2.0,” we have a mainstream, famous figure leaning toward the 2A community. 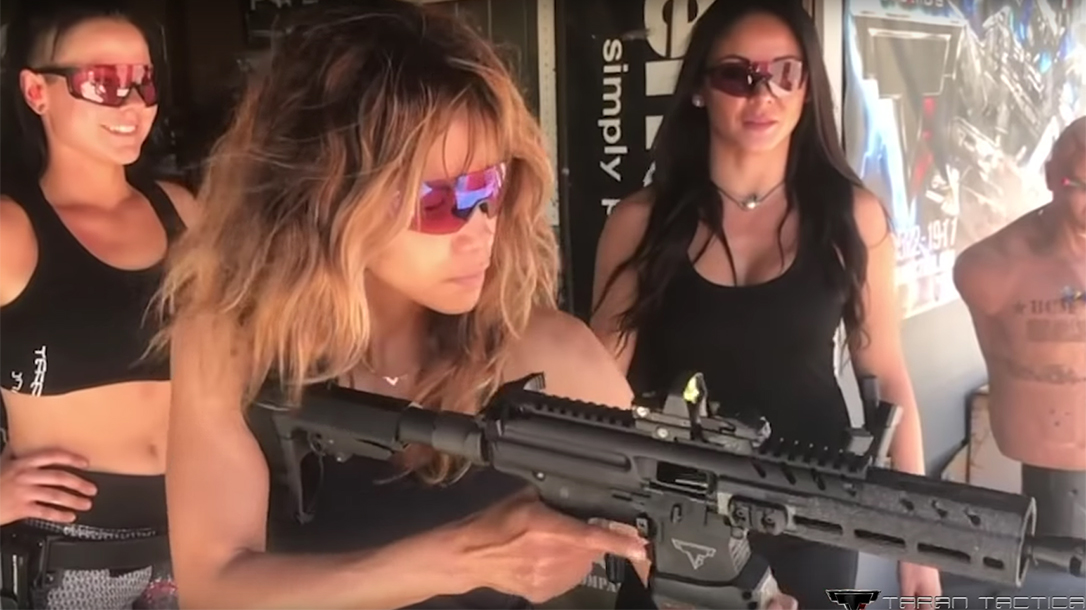 And this isn’t the first time the hip hop artist has shown his gun culture colors. Back in 2017, Malone gave an interview to Rolling Stone. The author of the interview details a gun magazine on the table, along with a “disconcerting amount of weaponry.” Sigh, Rolling Stone, you never fail to disappoint.

But in the 2017 story, Malone imagines a time in the future living more off the grid in Utah. He describes living on seven acres, where he can unplug doing a variety of things, including shooting.

“It’s free country out there,” Malone says in the piece. “Like, you can buy suppressors in Utah. You can do open-carry. Walk into the grocery store with a handgun on your hip. Cowboy shit.” He grins. “I can’t wait.”

And that brings us to now. Last week, Personal Defense World jumped on the trending story of Post Malone open carrying in Walmart. In it, the photo clearly shows a pistol in strong side holster. It appears to be 1911 or 2011 in the grip frame. The bottom of the grip shows what looks to be an extended magazine well. Our first guess was a high-end 2011 from STI. I mean, Post Malone can afford one and all. However, there’s no hammer — so that’s out. Otherwise, the pic is a little dark, and the pistol is tough to make out.

So we’re calling on you, the reader, for a little help. What say you? Can you identify the iron our “Rockstar” Post Malone is carrying in the below photo? We tried to zoom in as much as we could.

After re-examining the photo, it looks more and more like a ZEV OZ9; yeah, the same cover gun from our spring 2019 issue. There are a lot of similarities, including mag well, grip, rear sights and the rear mounting points. 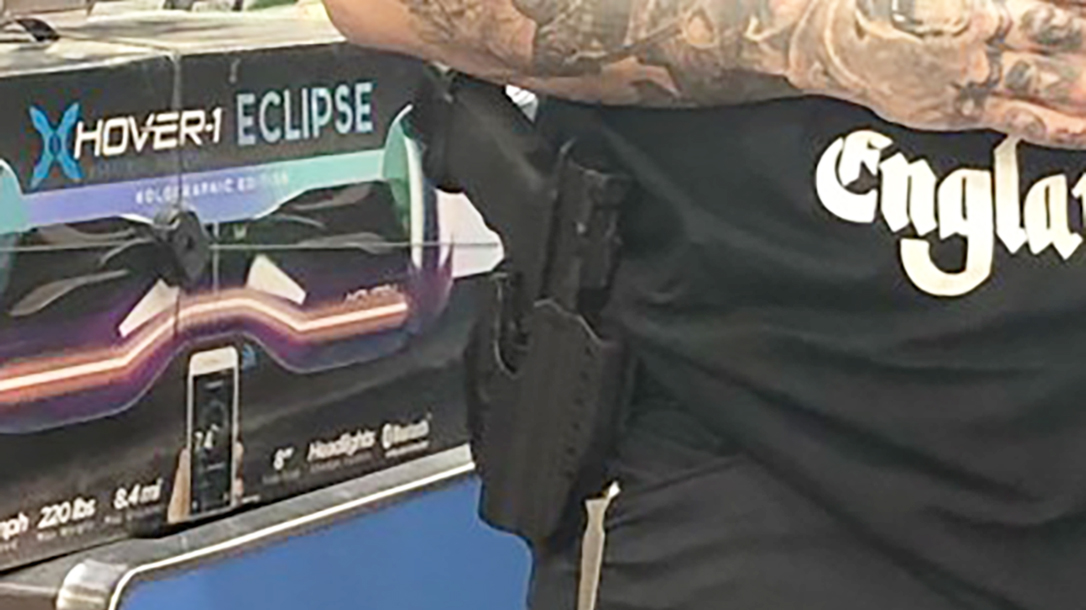