We’ve been sitting on this story for quite some time, all the way back to last year’s Athlon Outdoors Rendezvous, where we first put rounds downrange. Now it’s finally here, the Walther PDP F-Series. And we couldn’t me more excited to share this platform with the shooting public. Because this one ain’t simply marketing. The new F-Series, designed and built for women, proved legit. 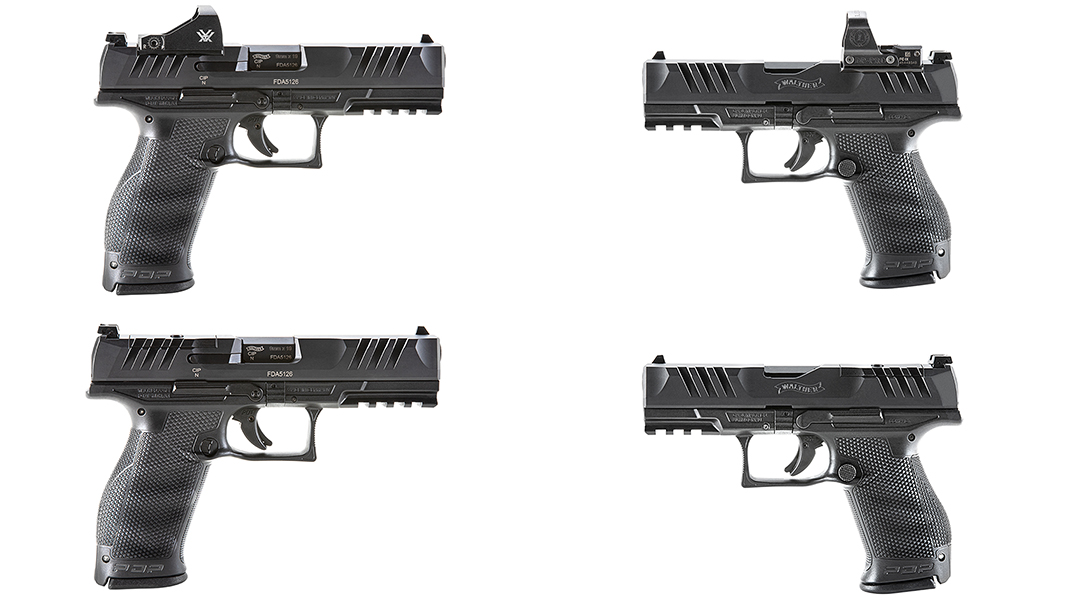 The F-Series grip module will house two different variants from the launch, a 3.5-inch and 4-inch model. Each brings a capacity of 15 rounds, both feeding from standard PDP magazines. Both pistols share PDP commonality in sight pattern and optic plate as well, making this a true women’s model within the PDP family.

The F-Series comes completely redesigned around the ergonomics of women’s hands. The design accounts for structural differences and specific biomechanics. It also includes a new operating system, featuring a reduction in slide rack force compared to other models on the PDP line. However, the F-Series still brings all the performance duty features of the PDP–the F-Series performs for both duty and concealed carry, according to Walther.

“The PDP F-Series is the result of a revolutionary approach to creating a pistol with female shooters in mind,” said Walther Shooting Team member Gabby Franco. “Walther Arms took the difficult task of developing a mid-sized frame handgun that offers high ammo capacity with a smaller grip, shorter trigger, and excellent ergonomics like no other. The F-Series is the best tool int he market for self-defense, law enforcement, target shooting, and competitive shooting. It makes me proud to be part of a project to bring a pistol that contributes to many women’s quests to become better shooters.”

The F-Series starts with a reduced-size grip circumference, leading to a reduced trigger reach. A reduced slide force makes the manual of arms easier for any shooter. The platform retains PDP Compact magazine compatibility, along with Compact/Full Size holsters. Supertrain serrations, Performance Duty texture, and red dot readiness make this a full platform for any pursuit.

Most guns marketed for women usually just splash on a pink finish. Or better yet, a pink camo finish. They aren’t truly made for women, they’re simply marketed. The F-Series is different.

Walther hit an absolute home run with the F-Series. In fact, we’d recommend it to youth shooters or men with slightly smaller hands. Because the platform, though redesigned, remains all PDP. With that comes an incredible package, this time engineered specifically for women to carry.

Most exciting, we expect Walther to fully build out on this grip module. In time, the F-Series may prove the gun of choice to compete, carry or perform the job, whenever and however ladies shoot. Now that’s an exciting development for sure.

Both new models retail for around $700. For even more info, please visit waltherarms.com/pdp-f-series.

NOTE: When this video segment was originally filmed, the F-Series was expected to launch in January 2022, but was bumped to today’s official launch.