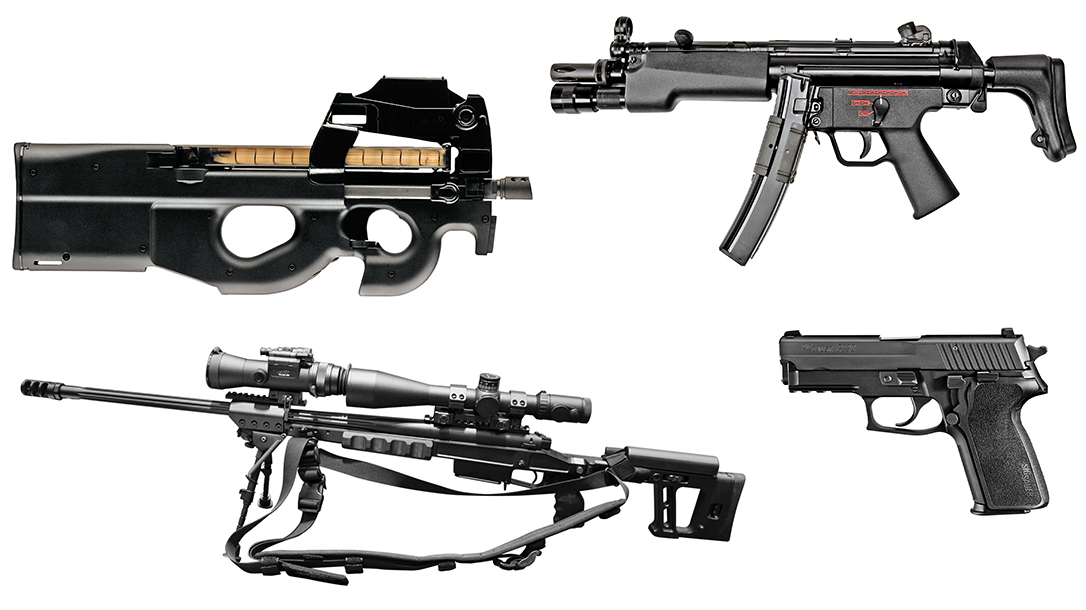 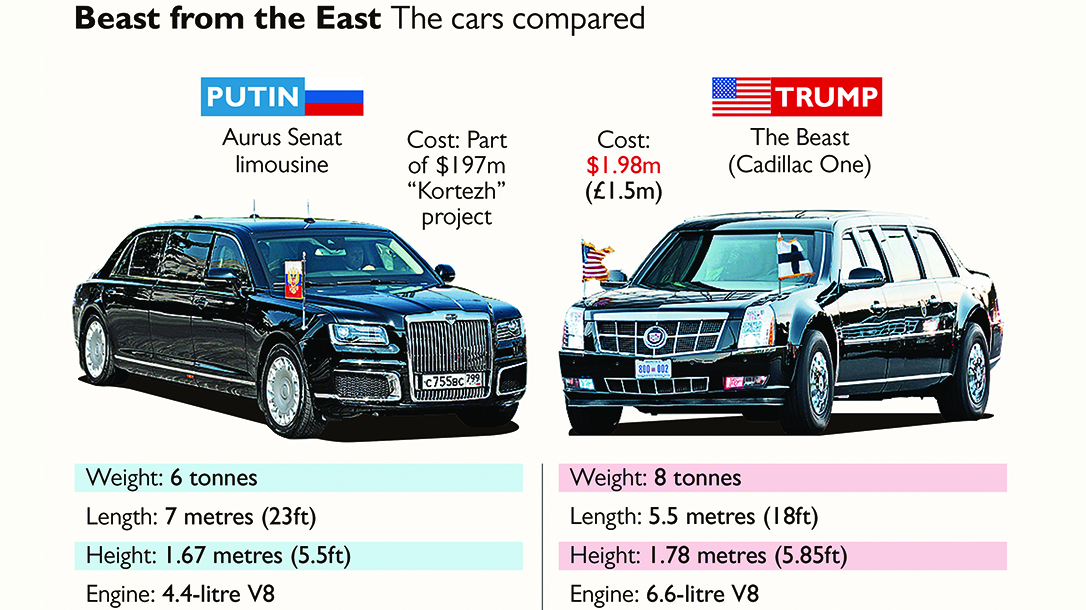 2 of 3
USA vs Russia: Comparing Protection Teams of the World’s Superpowers 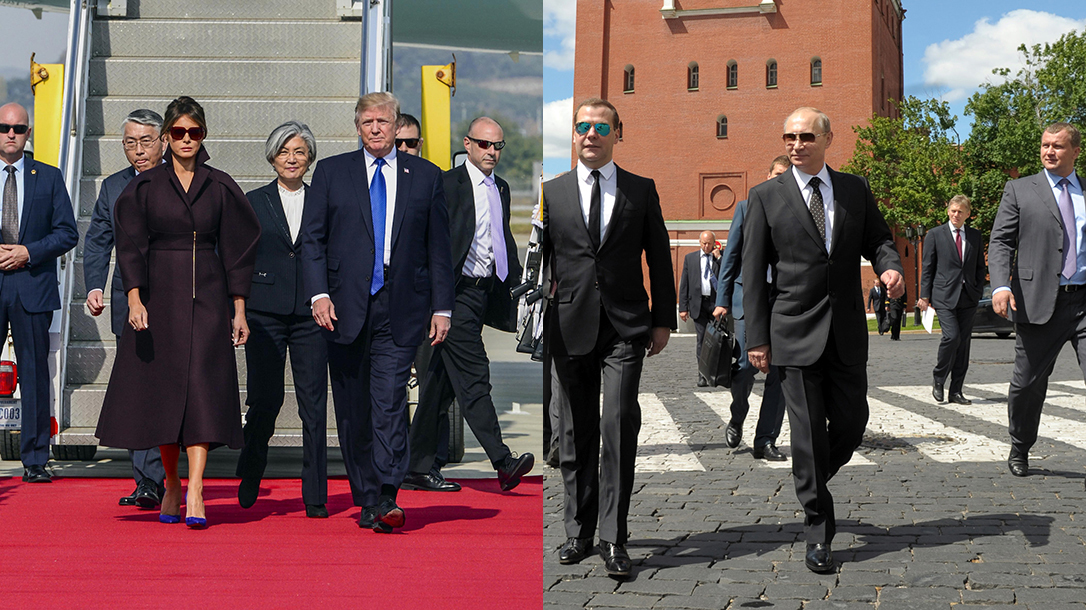 3 of 3
USA vs Russia: Comparing Protection Teams of the World’s Superpowers 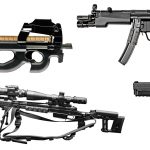 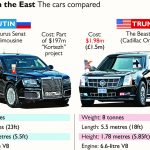 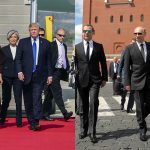 The U.S. Secret Service has a well-deserved reputation as the world’s premier dignitary protection unit. Since 1901, the Secret Service has been charged with protecting the President of the United States. That mission has evolved to include protecting their immediate family and the vice president’s, as well as spouses and children of current and former presidents, major presidential and vice presidential candidates, visiting heads of state and others by executive order of the president. 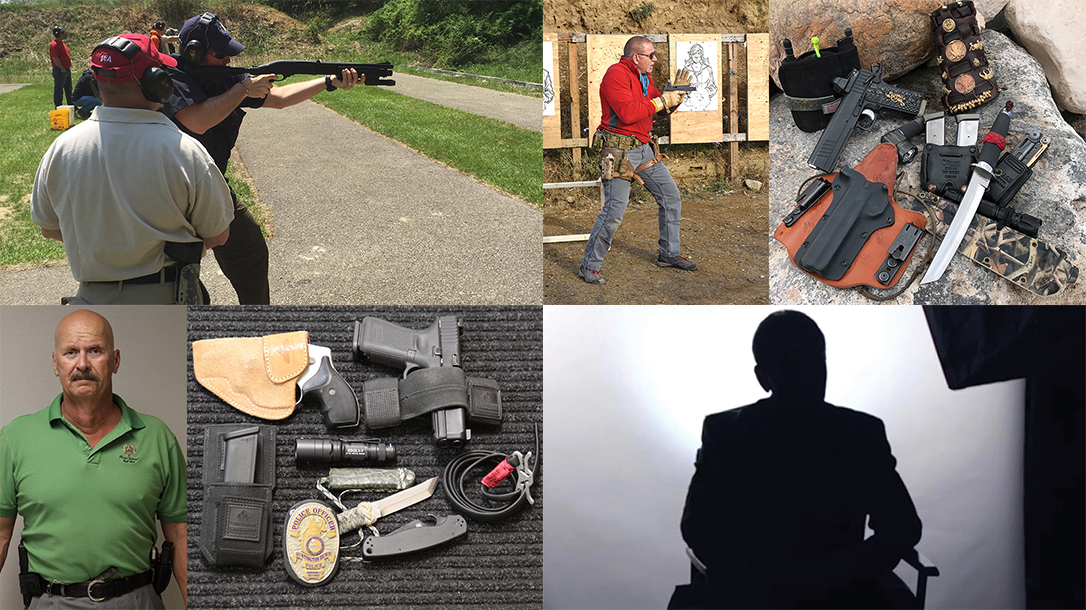 The Secret Service’s Presidential Protective Division (PPD) is comprised of various elements. The agents who form details for the president, vice president and their families are always close to their principals. Agents also carry out advance inspections for presidential visits and perform duties not in direct contact with their principals. Members of the Uniformed Division secure the White House and other presidential and vice presidential residences, staff the counter sniper team, provide dog handlers, operate magnetometers and monitor crowds outside the White House.

The Counter-Assault Team (CAT), comprised of agents armed with rifles or shotguns, is trained to go into action from their black Suburbans if a presidential motorcade is attacked, or otherwise provide security where more firepower might be needed. Then you have specialists who monitor individuals who may pose threats, and other PPD members protect against an array of additional threats, including the air space around the White House.

Although Secret Service agents are highly trained with their weapons, their job is to cover and evacuate the president from danger. This mission includes making themselves “big” to give body cover. They will engage only if necessary to stop an immediate threat.

They are trained in unarmed combat (reportedly Systema, the same martial art taught to Putin’s bodyguards), five-minute medicine to keep their principal alive until they can reach a hospital, foot escort drills, evacuation under fire, providing accurate covering fire if needed and numerous other skills. Only a small number of agents are assigned to the “shift” directly around the president. Far more are posted in hallways, on stairways, near elevators, outside restrooms and in other places the president might pass or enter.

Movement of the president away from the White House is a massive operation requiring extensive logistics and advance work. A presidential motorcade will include an array of vehicles. It’s estimated that there are between 15 and 20 presidential limos—so it’s not “The Beast,” but “Beasts.” More than one, exactly alike including the license plates, will be incorporated into a motorcade so it is not obvious which one the president is traveling in. Among The Beast’s enhancements are ballistic armor and glass, night-vision/infrared driving capability, a sealed compartment with independent air supply, medical equipment (including a supply of the president’s blood), an array of communications equipment, built-in firefighting capability and more.

When a president is traveling, the large number of vehicles available allows for deployment to multiple cities on an itinerary ahead of his arrival. The Secret Service incorporates armored Suburbans into motorcades, in greater numbers on some overseas visits. These Suburbans can deploy devices to jam IEDs. In some motorcades, an electronic countermeasures vehicle code-named “Watchtower” is deployed. Reportedly, it can also detect laser or radar targeting devices. 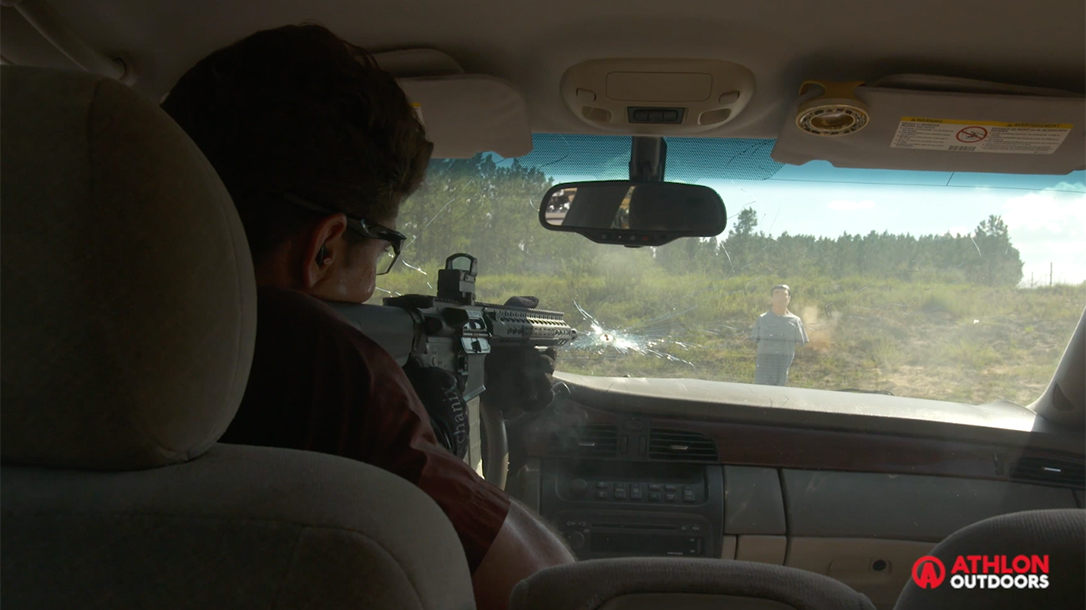 Secret Service drivers go through sophisticated training, including in offensive and defensive driving tactics. However, just learning to handle the heavily armored vehicles is an important skill. Among the other vehicles in a motorcade are a control vehicle carrying a military aide in case the “nuclear football” might need to be activated; the CAT team Suburban, a Secret Service Intelligence Division vehicle, a Hazardous Materials Mitigation Unit, an ambulance and press vans. A Homeland Security or another federal agency’s helicopter will generally provide overwatch.

The basic weapon for Secret Service agents is the Sig Sauer P229 in .357 SIG. Some FN Five-seveN pistols are also available, presumably because of the 5.7x28mm’s armor-piercing capabilities. The Secret Service also uses the FN P90, HK MP5 and Remington 870. CAT members use M4 Carbines or KAC SR-16s with 11.5-inch barrels. Secret Service counter snipers use .300 Winchester Magnum rifles based on the Remington 700 action with various enhancements, or a KAC SR-25/Mk 11 Mod 0 in 7.62x51mm NATO. As adjunct to their Systema skills, agents carry ASP batons.

Secret Service agents are highly professional. They protect the office, not the individual, so their transition to a new principal is handled expertly. Their job is to ensure that the most powerful person in the world can keep doing their job. They do that with proficiency and dedication.

The normal intention for security teams is to protect a world leader’s life and prestige. Vladimir Putin’s bodyguards perform both functions. Putin is well-known for playing mind games with other leaders, for example, often arriving late. His bodyguards ensure that his person and image are secure. There have been allegations that their duties can even include “discouraging” political rivals.

The agency tasked with protecting Putin is the SBP (Presidential Security Service), which evolved from the KGB’s Ninth Chief Directorate. Estimates of the SBP’s non-uniformed strength range between 2,000 and 3,000 personnel. The SBP is under the direct control of the office of the Russian president, but is considered part of the FSO (Federal Protective Service), which has responsibility for protecting Russian officials as well as some federal installations. Within the FSO is the Kremlin Regiment, which provides uniformed guards for the Kremlin and government officials. This is the unit that carries out the ceremonial changing of the guard at the Kremlin. As with the Guards Division in the UK, the Kremlin Regiment has both ceremonial and actual perimeter security missions.

Other responsibilities of the FSO include the cheget, the Russian equivalent of the U.S. “nuclear football.” Just as a U.S. military officer has physical responsibility for the football when accompanying the U.S. President, so does an FSO officer have responsibility for the cheget. One other branch of the FSO is the Special Communications Service of Russia, which has responsibilities similar to our NSA. Reports say the Special Communications Service spied on Putin’s political rivals. The number of FSO personnel includes 50,000 uniformed and many thousands of plainclothes officers.

Heads of the SBP and FSO have been longtime Putin allies. As a result, unlike the U.S. Secret Service, which has remained apolitical, the SBP and FSO have shown their first loyalty to Putin rather than to the Russian constitution. I’ve been told that within the SBP, Putin is referred to as korpus nomer odin (Body Number One). There are also rumors that Putin has one or more doubles, who may be used for some of his more dangerous demonstrations of macho activities.

SBP protective agents tend to be large, tough individuals. They are skilled at the Russian military martial art Systema, which is street-oriented and intended to quickly disable an enemy. They often conform to the norm for protective teams, wearing dark suits and earpieces, but they also operate in plain clothes and blend into crowds. Often, both types of operators are on site. Like other major protective teams, the SBP incorporates counter snipers (armed with Orsis T-5000 rifles) and their equivalent of CATs into presidential appearances.

Developed during the 1990s, the SBP’s standard carry handgun is the SPS. The pistol underwent extensive durability and reliability testing. Its accuracy is also reportedly quite good, with 10-shot groups of 2.5 inches at 25 meters and 12.5 inches at 100 meters. The long-distance accuracy is noteworthy, as it allows engagement at longer ranges for attackers armed with a rifle or submachine gun. The SPS holds 18+1 rounds, offering good capability in counter-ambush scenarios.

Finally, to counter attacks from assassins wearing body armor, the SPS’ armor-piercing SP10round will penetrate up to 30 layers of Kevlar plus two 1.2mm titanium plates or a 4mm steel hard plate at 50 meters. Also available for use in crowds is the SP12, a low-ricochet, high-expansion round.

An interesting incident occurred involving one of Putin’s bodyguards and his handgun. Alexei Dyumin was on night duty at one of Putin’s estates when he saw a bear standing at its glass doors. Concerned the bear might break through the doors, he moved to a shooting position and fired an entire magazine around the bear’s feet to scare it away. Putin, known as an animal lover, praised the bodyguard for not killing the bear.

One other aspect of Putin’s security should be mentioned for the insight it gives into the man. Putin’s presidential limo is an Aurus Senat that weighs around 6 tons with armor plating and hardened windows. Powered by a 6.6-liter V12 engine producing 860 horsepower, the vehicle is 22 feet long and 5.5 feet tall, thus making it 4 feet longer than Donald Trump’s Beast.

The Putin touch, though, is that unlike the U.S. president or the British queen and prime minister, who use enhanced standard-production vehicles, the Senat was produced especially for Putin. Later, commercial versions will be offered for sale, and Putin may even get a cut of the sales! 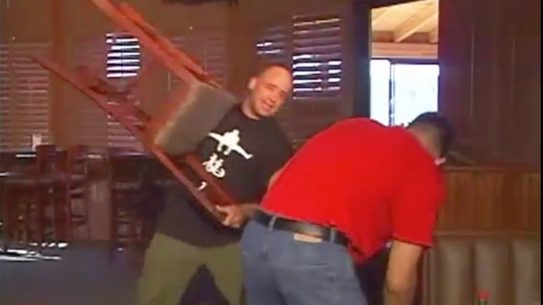 With catch phrases like 'heel to the balls,' the classic Bas Rutten self defense...