The Remington and Federal Ukraine T-Shirts benefit the crisis relief in the war-torn country. Featuring the iconic plea for more ammunition from President Volodymyr Zelenskyy, the shirt followed an announcement from Remington and sister companies CCI, Speer and Federal, donating 1 million rounds of ammo to the Armed Forces of Ukraine. The Remington version already sold out quickly, with another run planned. Meanwhile, the Federal version just went live Tuesday. 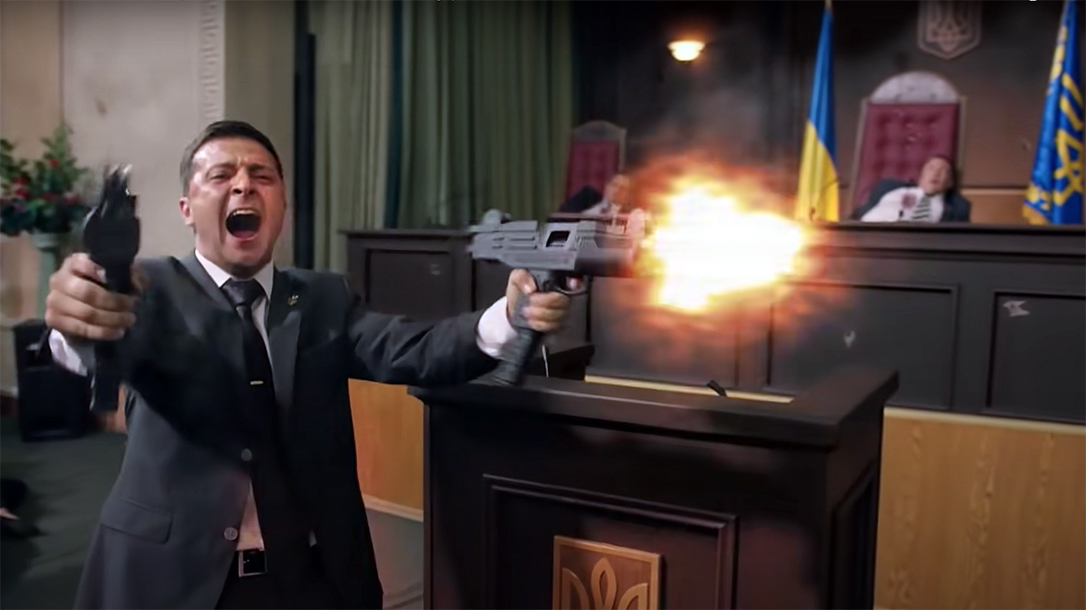 “The war in Ukraine has displaced millions of citizens and exposed average people to the horrors of war,” said Jason Vanderbrink, President of Remington Ammunition, Federal, CCI and Speer. “Supporting the relief effort is a critical element of the global response and we are proud to do our part.”

The t-shirts will hit the Remington store again soon. Keep checking at remington.com.

Other firearms industry companies recently pledged support for Ukraine as well. Adams Arms announced it shipped rifles and made t-shirts for Ukraine. Meanwhile, the NSSF put out a call for more support, including ammo, arms and gear. Primary Arms and Kel-Tec also answered the call.

Since originally posted, Federal announced the details on its own Ukraine T-Shirt. Like the Remington version, it calls out the famous Zelenskyy quote. All profits support the humanitarian relief efforts through Ukraine Crisis Relief Fund–GlobalGiving. Sizes range from small to 3XL. Get the Federal shirt now at federalpremium.com.