As I sit here typing these words it has been less than 24 hours since Russian tanks rolled into Ukraine proper. Early reports indicate that the Ukrainians indeed figured out how to use those Javelin anti-tank missiles we gifted them. The Russians are making good progress. They do have one of the most advanced combined arms armies on the planet after all. But the Ukrainians are making them earn it. 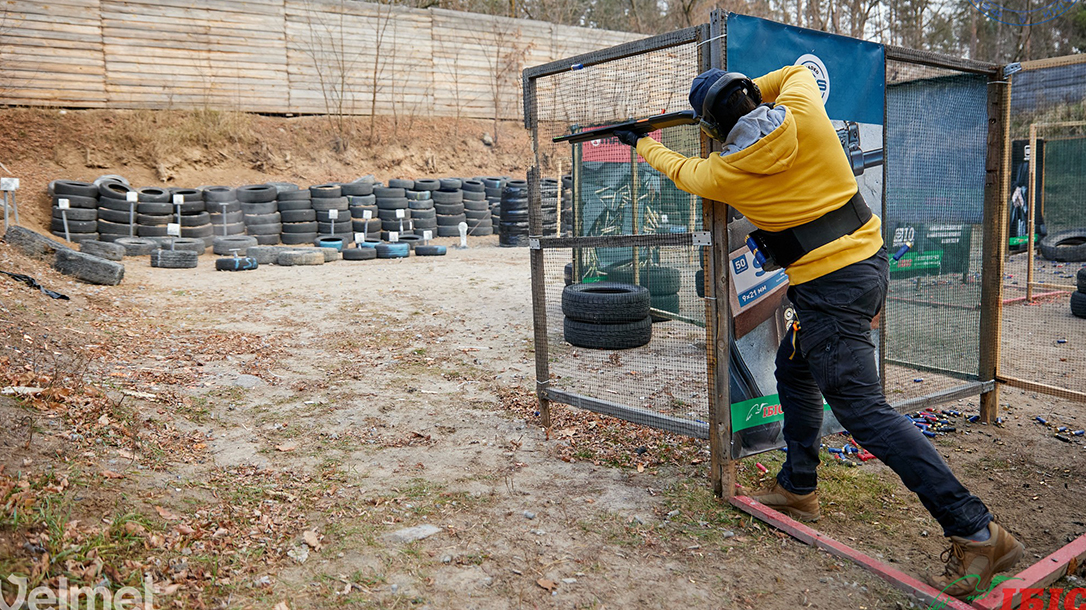 Ukraine Multi-Gun Shooters, Civilians Train Up to Fight the Russians

What If: A Ukraine Second Amendment

Thirty-six hours ago there were a lot of rules governing privately owned weapons in Ukraine. You had to be 21 to buy a shotgun and 25 to own a rifle. The Ukrainian government required a background check, mental exam, government fee, and installing and certifying a gun safe according to government regulations for gun purchases. The process took from one to several months and was intentionally onerous. There was no provision for Ukrainians to own handguns.

Interestingly, for those willing to clear the administrative hurdles, there were some cool guns on the menu. In fact, given the lack of evil features dicta and magazine restrictions, Ukrainians still had more firearms freedom than Americans living in places like California and New York. Semi-auto M4’s, AK’s, Tavors, AUGs, Kriss Vectors, and more were available at a price. But the average Ukrainian income comes in around $845, making scraping up $1,200 for a Modern Sporting Rifle, with all the artificial government-mandated impediments, dissuading for most would-be gun owners. However, Thursday morning something amazing happened.

Barbarians at the Gate

When faced with the existential threat of the Red Army rolling unfettered across the countryside, Ukrainian President Volodymyr Zelenskyy tweeted the following, “We will give weapons to anyone who wants to defend the country. Be ready to support Ukraine in the squares of our cities.” Those on the ground report massive lines of civilians queuing up to draw Kalashnikovs with which to defend their homes. This leads us to an interesting place.

It has been said you can’t stop tanks with a rifle, and that’s true. However, once you’ve seized a country by force there is absolutely no way you can hold it when everybody is armed. It just can’t be done. The Germans tried it in Europe in WW2. The Soviets and Americans tried and failed in Afghanistan. If the civilians have guns and they don’t like you, they become ungovernable.

Guns and gun control are forever in the news over here. The American mainstream media tacitly vilifies civilian gun owners, lumping those of us who own black rifles into the same sordid group that contains militant white supremacists and lunatic mass murderers. Despite the fact that literally a thousand times as many Americans are killed every year by cigarettes than AR-15’s, I have to listen to this bilge spouted by the talking heads screaming that I’m the problem. Well, I’ll be honest, I’m sick of hearing it.

We Americans unashamedly own 440 million firearms. Leftists whine and moan about that all the time. Allow me to put that in perspective for you. We American civilians possess fully twenty times as many guns as there are soldiers under arms in every army in the world.

If each of those 440 million guns was a typical 8-inch Glock pistol and you stacked them butt to muzzle they would circle the globe twice and still have another 23 million left over. There will never be a circumstance wherein an American President need open the National Guard armories at the 11th hour in a desperate attempt to arm the public and stave off invasion. We already have plenty of guns, thank you very much. In my experience we are also fairly adroit in their use.

Sordid tales of criminals and their guns pervasively populate the American news cycle. To hear them say it, innocent folks are getting shot in America all the time. Maybe in some places, but not where I live.

The folks getting gunned down typically live in liberal utopias where, just like the Ukraine, local and state governments have effectively dissuaded law-abiding citizens from owning and carrying firearms. Down here in the Deep South where I live everybody, and I do mean everybody, has guns and we really don’t have any crime. The stats are skewed by the cities where the Leftists rule, but out in the rural spaces we’re doing great. Thanks for asking.

Relative combat power makes for a great graphic on the newsfeed. The Russians started out their invasion with four times as many tanks as did Ukraine. They have more than twice as many Infantry Fighting Vehicles and sixteen times as many attack helicopters. Russian strike aircraft outnumber Ukrainian fifteen to one. And none of that matters one whit in the grand scheme if the general population is armed.

One of the biggest reasons the United States has done so well these last two centuries is those two blessedly massive bodies of water that separate us from the rest of the planet. The Canadians and the Mexicans harbor precious few imperial aspirations, so we are left to our own devices to fret about such critical stuff as preferred pronouns and gender identity. However, the Second Amendment to the U.S. Constitution is about way deeper stuff than hunting and target shooting. The Second Amendment is the ultimate universal insurance policy. The founding fathers, in their inimitable wisdom, knew that when they drafted it.

The Ukrainians are fighting for their very lives. They are dying for their children, their homes, and their national identity. Americans will never have to do that. That’s because we are so shamelessly dangerous that no enemies foreign or domestic would ever dare cross us. Who thinks Putin would have even considered invading Ukraine if Ukrainians owned guns like Mississippians owned guns? To those on the Left who still think peaceful law-abiding American gun owners are the problem, you’re welcome.