When demand outpaces supply for products or services, prices go up and, usually, so do wait times. The firearms community is not immune to these economic fundamentals. No one knows this better than Bobby Tyler, whose business, Tyler Gun Works, turns ordinary guns into extraordinary heirloom pieces. When I first introduced readers to Tyler back in 2019, he had just erected a new building for his business. Just a couple years before he had started his company, specializing in color casing, working out of a second-hand building that a tornado had blown down. 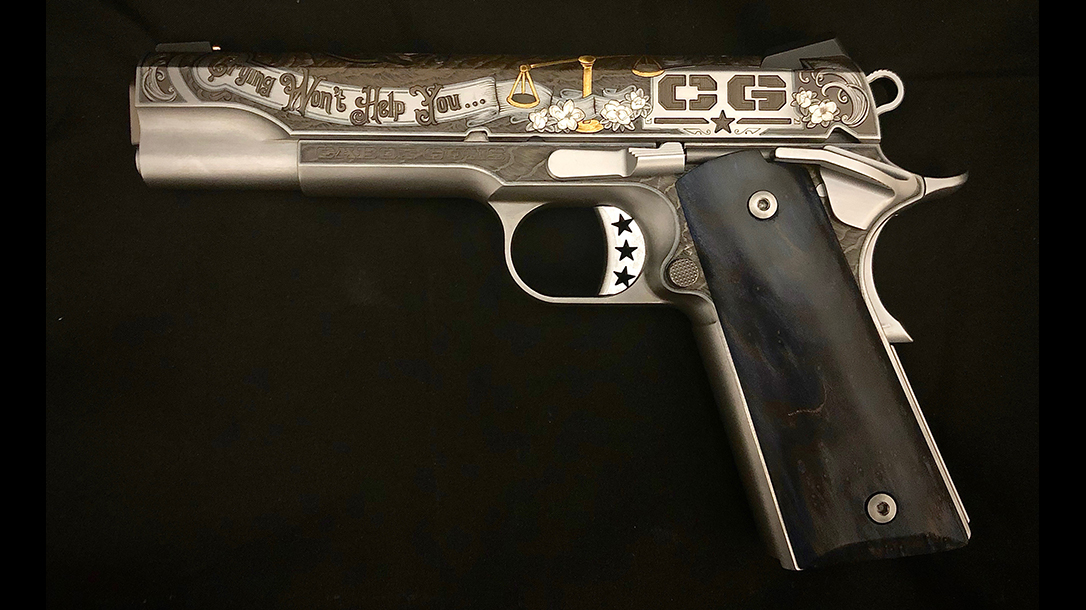 The years have been kind to Tyler. He now color cases firearms for 13 different manufacturers, in addition to his customization business that offers things like fine-tuning guns, fitting bone grips, refinishing and engraving. Business has increased to such a degree that he actually bought a municipal nine-hole golf course, tore the pro shop and cart barn down to “red iron and concrete,” and built several thousand square feet of factory space. He even built his family home on the ninth green! With 54 acres, it should be a while before Tyler outgrows his current facility.

TGW caters to ordinary folks who don’t mind spending a little extra money on a gun to leave as a legacy to their family members. One aesthetic touch that many customers like to include on their gun is engraving. Tyler uses the services of two very talented engravers. However, they simply can’t handle the demand that he has for quality engraving.

How do you find qualified engravers who you can entrust someone’s prized possession to with the understanding that the work performed on it will enhance not only its monetary value, but also its sentimental value? Well, if you’re Bobby Tyler, you organize a national competition, put up $10,000 of prize money, and host a gathering of competitors, master class engravers and media.

Want to read more about the Tyler Gun Works Engraving Extravaganza? Read the full story in the June/July 2021 issue of Ballistic Magazine. Grab print and digital copies today at OutdoorGroupStore.com. Also, to hear from Bobby Tyler himself, watch the exclusive video above.