Fish On: Use These Simple Lessons to Catch More Fish!

by Gil Lackey
in Lifestyle, Skills / How To
0

My four buddies and I figured we’d stringer only the best five trout for supper. As I recall, four of us were trying our hands at fly-fishing. We looked snazzy all gussied up in our Cabela’s and Orvis gear. It’s all about the packaging, right? Yeah right, we’re here to catch fish. 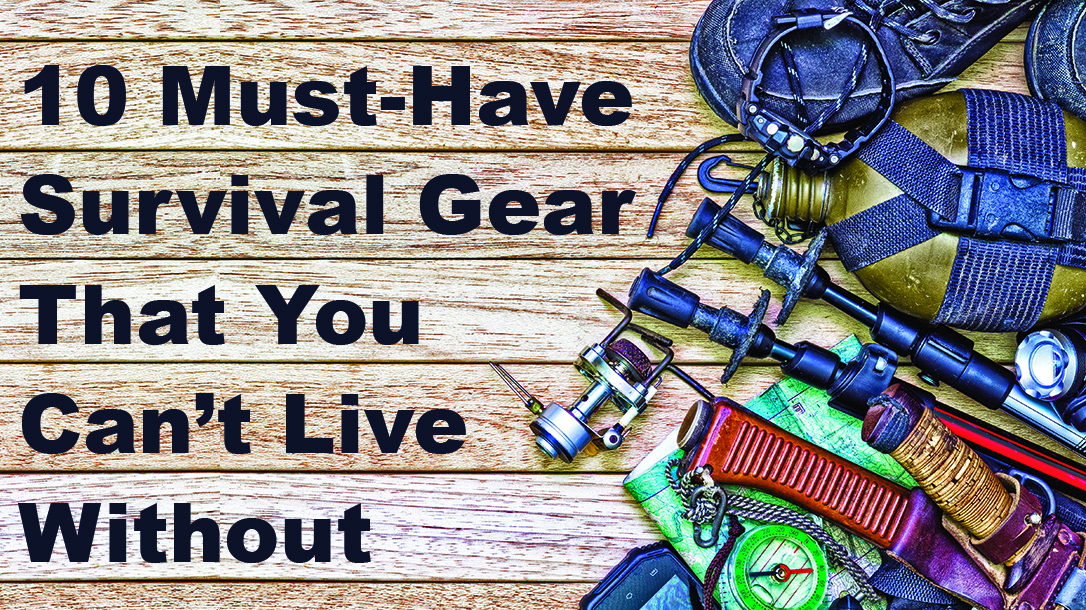 My friend with the spinning rod was probably embarrassed to be just another bank fisherman. He was stuck in that rut of fishing that we all experienced when we were just kids. And to think, he was probably using corn or Rooster Tails or the like while the rest of us had that regal A River Runs Through It vibe going.

When we got back to camp, the Cabela’s crew had gotten skunked, and the corn dunker saved the day by catching our dinner. It was an important lesson in meat hunting: You can’t cook your cool vibe in a skillet. Especially in times like these, putting food on the plate is usually the priority. Instead of spending time worrying about your wardrobe, use that time to put bait under the water. It brings me back to the lessons I learned when fishing as a youngster.

I wish I could spend a few paragraphs on how to drift dry flies with the current or even how to get your glowing, wobbling, segmented swim baits into the strike zone. Although these tactics have their time and place, they catch more fishermen than fish. A live worm, on the other hand, might be the most productive bait in history. And you probably learned how to fish it when you were a kid. Or maybe you used a cricket, crawfish, hellgrammite, leech or some type of fish as bait.

As a youngster, I depended on a dunking bobber to show me when I had a nibble. To this day, there’s just something mesmerizing about staring at a bobber. I’ve even been known to use one that lights up in the dark of night. It’s somehow relaxing and invigorating at the same time. Most importantly, it works!

Unless you live near salt water, the easiest and closest species that can fill your belly are panfish. In my neck of the woods, most any edible gamefish that can fit in a skillet is deemed a panfish. That means bream, rock bass (red eye), white and black crappie, warmouth, shellcracker and bluegill. Of course, you can’t talk food fishing without including all of the walleye, bass and trout family, too.

The spinning rod and reel is probably the most popular for catching hand-sized fish. If a young’un is going to be wetting a line, give spin-fishing rods (what I still call “Snoopy rods”) a try. Casting is made easier by the push and well-timed release of a button. Choose your hook style and size based on your live-bait preference. If fishing with a live worm, corn or dead shrimp, a bait-holder hook with barbs that keep the bait from being cast or nibbled off the hook is a fine choice.

One handy tip for gamefish is that they can be difficult to manage in farm ponds. Often, the pond food chain quickly gets out of whack, and some species become overpopulated and relatively small. Private ponds often have management guidelines. For instance, you might have to take out all largemouth bass under a certain weight, even if you have to throw them on the bank. Sometimes, pond managers want you to release all bluegill while keeping all tilapia and crappie. This means that you get to keep a ton of eating-sized fish. A fantastic plan for getting permission to fish quality water is to approach pond owners with the idea of helping them manage their ponds. You might even offer up some fish fillets, too.

It is said that carp are so ugly, they spawn in muddy water. Carp, bowfin, gar, buffalo, freshwater drum and others are considered by some to be garbage fish. On the other hand, some folks delight in eating all of those species. Trash fish are usually considered non-game species—those fish that are not controlled by regulations on catch limits or keeper size. But like the spawning carp, beauty is in the eye (or muddied vision) of the beholder. Most of these fish thrive in the nearest lake or river and can be caught from the bank or from a boat.

In fact, I’ve been in several fishing tournaments where the object was to catch only these “rough” fish and only on a fly rod. Why? Because trash fish are often bigger and fight harder than gamefish. Most of these species are bony, slimy and ugly, but it’s no longer a secret that they can taste great. In strange times like these, you might consider venturing out and giving them a try. The sidebar by professional outdoor chef Scott Leysath reveals a simple and tasty recipe for any fish species.

In Europe and increasingly in the United States, fishing for carp is surprisingly popular. Some people will go to their deathbeds holding on to their favorite carp bait recipes. The requisite elements are corn, oatmeal, bread, chickpeas or some combination of several of these ingredients and usually some special ingredient that even your buddies won’t reveal. Shaken, not stirred!

I’d be remiss if I didn’t mention another effective and entertaining way to trash-fish: bowfishing. It uses specialized archery equipment to shoot and retrieve fish. Non-game-species fish are shot with a barbed arrow that’s attached with special line to a reel mounted on the bow. If you want to give it a try on the cheap, you can mount a bowfishing reel to a deer-hunting bow (compound, recurve or long bow), remove the bow sights and purchase an arrow or two. Put together a Bowvid-19 fishing party and have some fun!

Some of the tastiest trash fish are very difficult to catch with traditional methods because they eat by filtering plankton from the water. Bighead carp, silver carp and bighead buffalo must usually be hunted rather than fished because they won’t normally eat bait. People successfully bowfish for them, usually at night, or they snag them by jerking weighted treble hooks through the huge schools that often inhabit the areas just below dams. Bigheads and silvers are Asian invasive species that outcompete many of our natives and do damage to their environment. You can help the habitat by catching and eating these sweet-tasting invaders.

So what are you waiting for? Get out there and relive your old-school glory days. Happy hook-setting, y’all!

This article first appeared in the Spring 2022 issue of American Frontiersman. Get your copy today at OutdoorGroupStore.com.