When it comes to guns, sometimes Hollywood gets it right, but most of the time it doesn’t. Whether it’s something simple like a lack of recoil or buying a full-auto SMG straight from a gun shop, most of the time we can find something we hate about how the movies portray guns. However, that’s not always the case, as evidenced by movies from writer-director Taylor Sheridan. The man does gunplay well and today we have the trailer for his brand-new movie “Those Who Wish Me Dead,” which promises more gunplay. 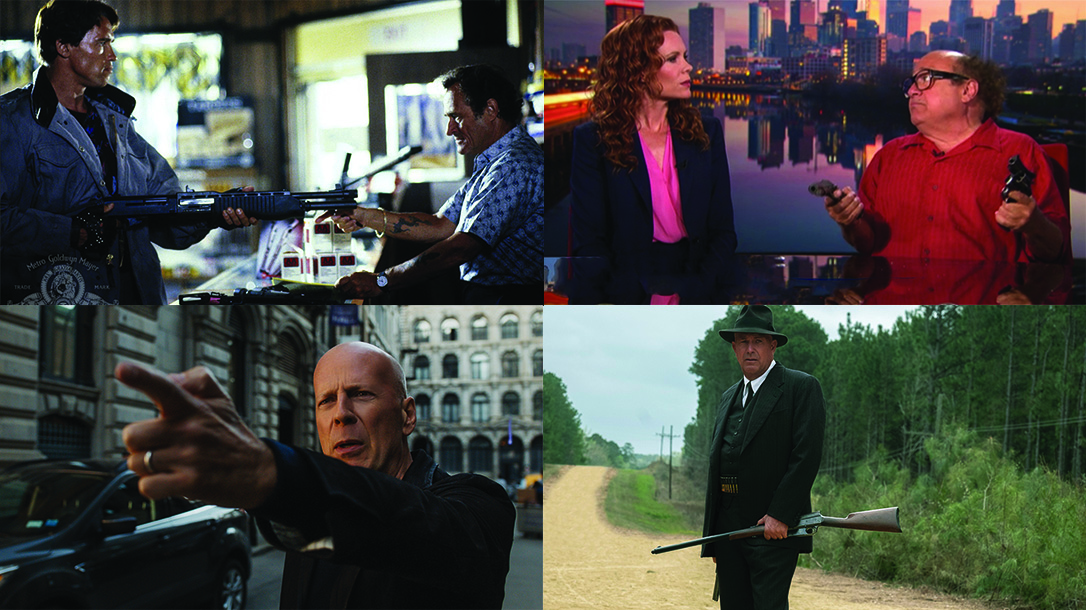 ‘Those Who Wish Me Dead’ Trailer

A quick rundown on the new trailer before we get to Sheridan’s history with guns. Here’s the plot summary from IMDB: “A teenage murder witness finds himself pursued by twin assassins (Nicholas Hoult and Aidan Gillen) in the Montana wilderness with a survival expert (Angelina Jolie) tasked with protecting him — and a forest fire threatening to consume them all.”

Sheridan is on as director. He also helped craft the screenplay, which is based on a book of the same name. Sheridan took off in Hollywood after writing 2015’s hit “Sicario,” which revolved around the drug war on the U.S.-Mexico border. The film included a lot of great gunplay and also one of our favorite movie shootouts. We included it on our top-10 list.

Also on our list were shootouts from “Hell or High Water” and “Wind River.” If you’re unfamiliar, “Hell or High Water” was Sheridan’s 2016 followup to his written debut. It features bank robbers, angry Texans with carry permits, and a sniper shootout. Meanwhile, Sheridan both wrote and directed 2017’s “Wind River,” which features a lot of hunting aspects. We covered the hunting side of the story in another post, which really shows just how locked in Sheridan is when it comes to guns.

Now we have the new trailer for “Those Who Wish Me Dead,” which looks promising. Just based off the trailer, we see the two hitmen wield what appear to be a large-caliber rifle and a smaller SBR, both equipped with suppressors, muzzle devices, red dots, and scopes. The SBR at the 1:01-mark and then again at 2:05 has a very distinctive muzzle device. It’s the PWS CQB Compensator, which attaches to the PWS MK107 MOD 2-M rifle, also known as the Diablo. Primary Weapons Systems might be one of the most underrated manufacturers in the world, so it’s nice to see the feature here. There are also small flashes of other pistols throughout the trailer.

We have faith in this one. Sheridan has an affinity for Montana, where this film and his show “Yellowstone” take place. He also understands guns and survival skills. So we think we’ll be lining up for this one on opening night — May 14, 2021.