Ready to get your Seal Team 7 on? Jack Carr’s New York Times bestselling series is coming to Amazon Prime Video, the new series kicking off later this year. The new trailer finally dropped, showing Chris Pratt taking the lead role in what should be an epic depiction of our favorite fiction writer’s incredible storytelling. The series hits Prime Video July 1. 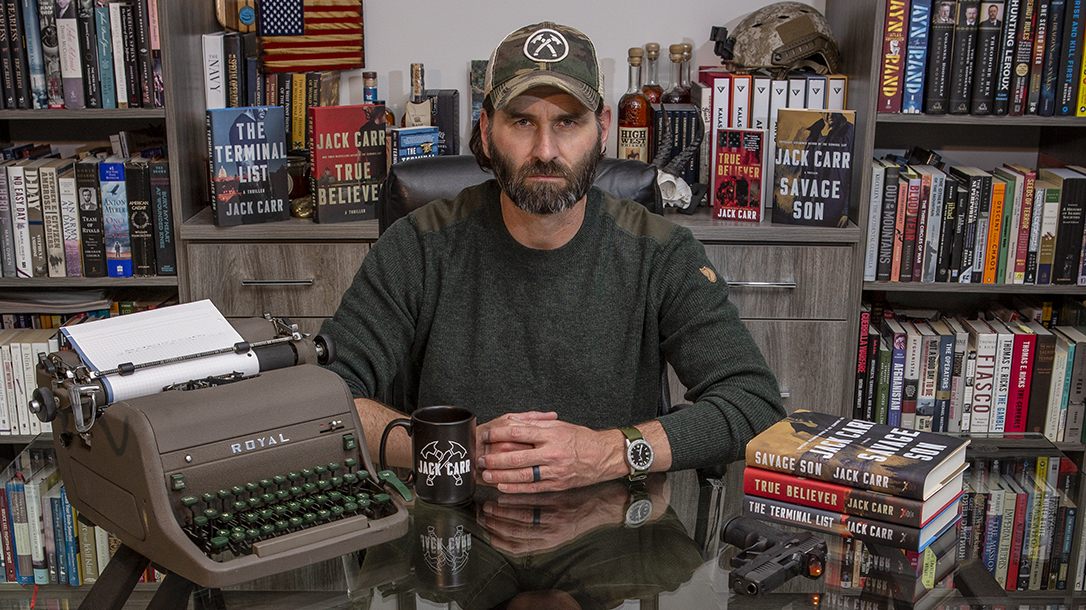 For the uninitiated, Carr brings serious chops to his fictional world. A former SEAL team commander, Carr weaves legit military knowledge and operations into his work. As such, the main character, James Reece, finds himself engaged in firefights and hand-to-hand combat. The work drips with experience only our war fighters can know. Now Pratt, of “Guardians of the Galaxy” fame–himself a veteran–brings the character to life even further.

Carr’s novels feature action and depth of research, keeping readers on the edge of their seats. But they also provide intricate, high-level insight into how special ops warfare and intelligence agencies work around the world, including the enemies’. He conveys unique and detailed descriptions on how they think, plan and operate. Bring it all together and readers can’t help but feel they’re getting a view from the inside. Carr’s novels convey an exciting and often heroic ride alongside an uneasy feeling that the bad guys are actually planning the atrocities you’re reading about.

Carr hooks you in book one, “The Terminal List.” But each novel thereafter takes you deeper into his world, where fiction and reality interminably blur. This becomes all the more chilling and detailed in book four, “The Devil’s Hand,” as terrorist plots unfold—developed after 20 years of watching the U.S.’s reactions in Middle Eastern wars­–to annihilate Americans on home soil via biological weapons… and the unthinkable domestic realities and responses potentially required in the face of such horror.

You can read Carr’s books out of order, but I recommend you don’t. Get to know James Reece from the beginning and don’t miss out on any of the action along the way. Ballistic Magazine named Jack Carr “Best Tactical Fiction Writer” in 2022.