7
SHARES
400
VIEWS
Share on FacebookShare on Twitter
Let’s face it: Guns with a futuristic look to them are usually cooler than others. That’s not always the case, but with the all-new Tec Target Schneider TTS Xceed rifle, it certainly is. 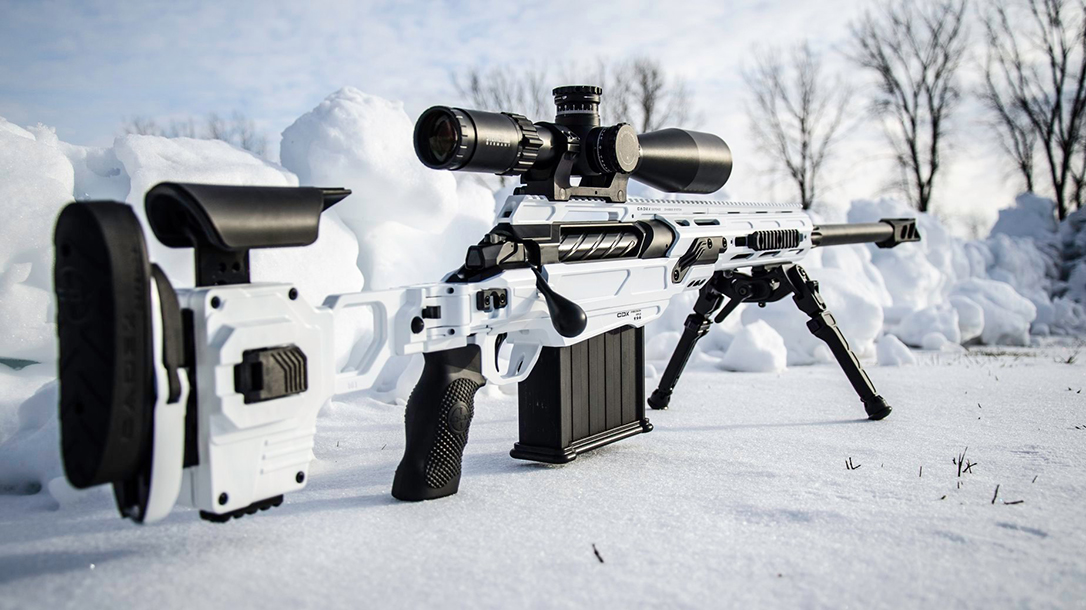 Born from German manufacturer Tec Target Schneider, the TTS Xceed is a modular sniper rifle design in a bullpup package. It looks like a gun straight out of the “Halo” video game series. And it certainly gets points for uniqueness. 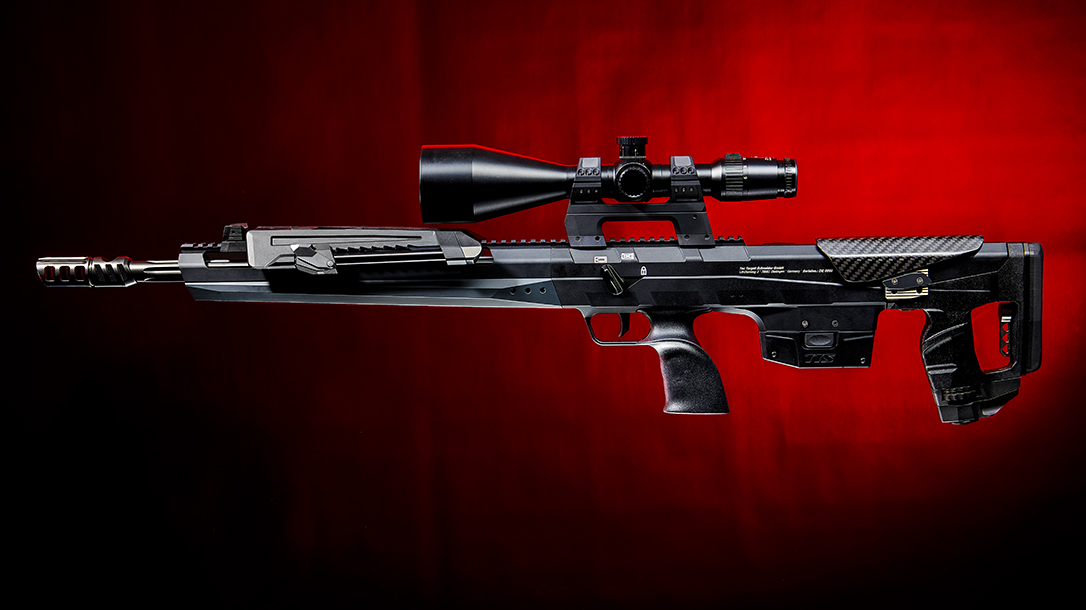 The rifle features a three-position safety (single shot, safe/lock chamber movable, safe/lock chamber locked). It also has a match trigger and a rear monopod. Beyond that, TTS suspended on an adjustable bipod below the center of gravity. It uses stainless steel barrels, while TTS DLC-coated most surfaces. Rounding out the package is a five-round magazine.

OK, now let’s move onto modularity. So the design of the rifle allows users to change barrels in different calibers and barrel lengths in just a few minutes. It’s similar, in theory, to the Desert Tech MDR. And as noted above, there’s an interesting range of calibers available. TSS also made the rifle ambidextrous and said it can be individually adapted to the shooter.

We’ve documented the advantages of the bullpup platform before. It’s nice to have barrel lengths for the calibers above in such a compact package. The obvious benefits are for law enforcement and military as far as transportation and maneuverability go. However, the same benefits allow themselves to casual precision shooters as well. 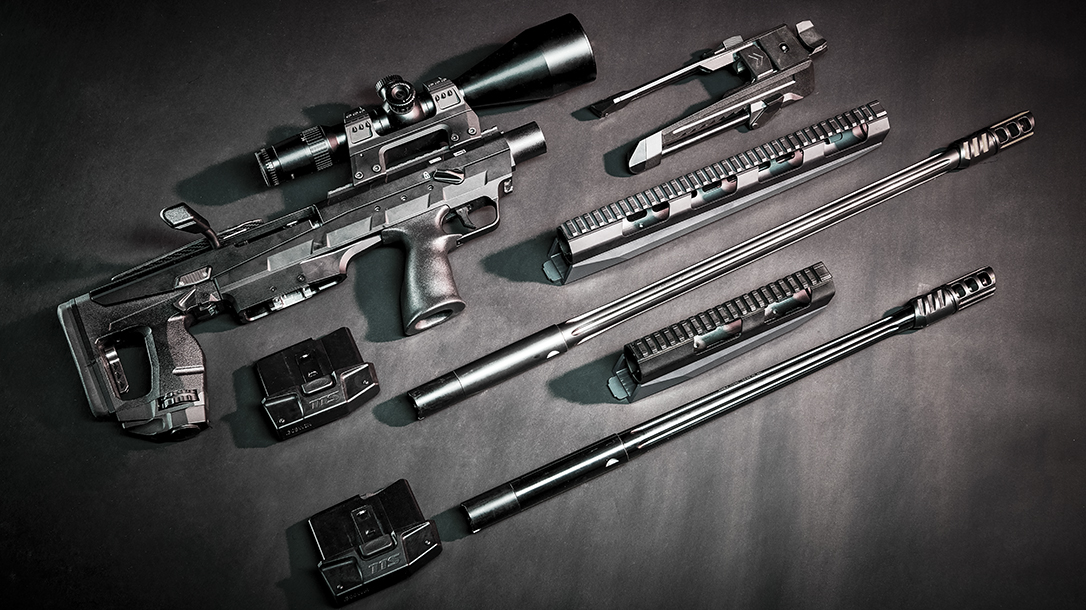 Lastly, it’s time for MSRP. And, as Samuel L. Jackson said in Jurassic Park, “Hold onto your butts.” The rifle is exclusively available from IEA Mil-Optics GmbH, another German company. It starts at an MSRP of $12,431.59 for most calibers and climbs all the way up to $12,867.78 for .338 Lapua.  Meanwhile, the caliber-swapping kits range from $4,471.01 to $4,798.16. So, for those of you with five figures burning a hole in your pocket, enjoy. For the rest of us, oh well. For more information, please visit Tec-Target-Schneider.de.