A revolver is always a great choice for a pocket gun. One of the biggest issues with it is capacity. So Standard Manufacturing thought of a solution to that very problem … er, kind of. Meet the S333 Thunderstruck. 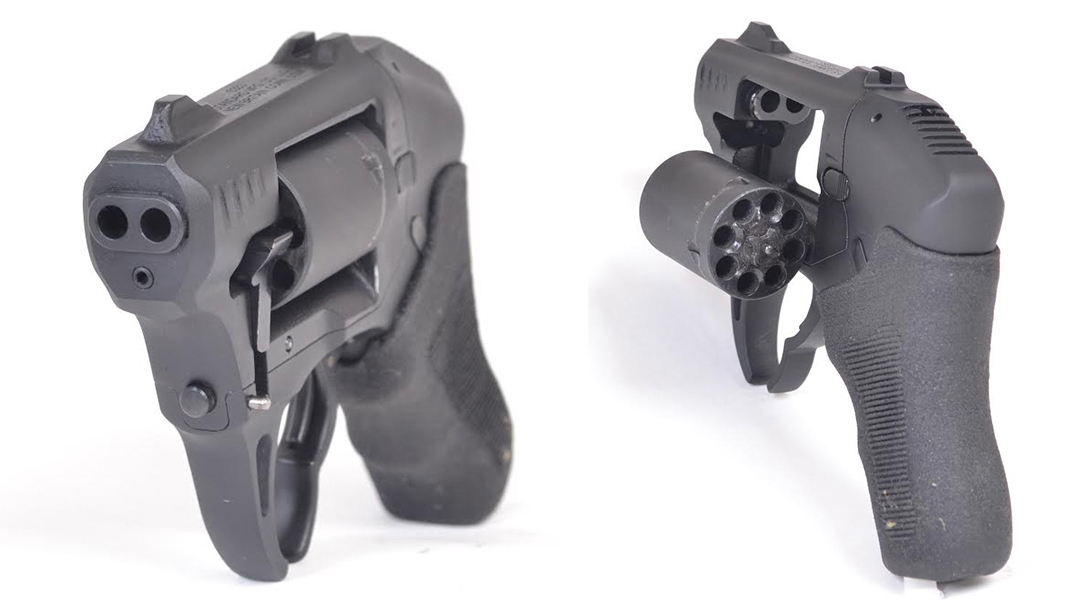 The S333 is the world’s only double barrel revolver. Each pull of the trigger fires two .22 magnum rounds simultaneously. Four pulls, eight rounds, in seconds — yeah, I was intrigued when I first saw it also.

What the Hell Is the S333 Thunderstruck?

The S333 Thunderstruck is unlike any other firearm on the market. Firstly, Standard Manufacturing equipped it with an eight-round cylinder. The revolver fires two rounds at the same time out of side-by-side short barrels. Four trigger pulls send eight rounds downrange, which certainly sounds good in theory.

The trigger itself is also unique since it features two hooks for both the index and middle finger of your hand. Included in the trigger face is an articulated safety blade, which must be pulled along with the trigger to allow the gun to fire. Also, there is no trigger guard. The grip is very ergonomic for a revolver of this size, while the gun has some pretty decent integrated sights on top, too.

One thing is for sure: The S333 draws a whole heap of attention at the range, and then a lot of head scratching after the crowd sees it fire. First thing you notice upon your first live fire is that ergonomic grip is actually very confusing. The finger grooves don’t make sense once two fingers are trying really hard to pull the insanely heavy double-hook trigger system.

Once you pull through what feels like 40-pound trigger, the gun consistently goes bang. However, I saw no holes in paper at anything more than 5 feet no matter how hard I tried, where I attempted to aim, or what rounds I used.

The S333 pretty much goes against anything you have ever learned about shooting a revolver. It boasts a very “tacticool” vibe, although it is not very plausible as an actual defensive firearm. Watch our video above to see it in action. For more information, please visit StdGun.com.