Extremely short, compact PDWs and “truck guns” have seemed to really gain a whole lot of popularity in 2020. Probably one of the most anticipated of these little beasts is the Springfield SAINT Edge PDW. From the second I saw the PDW at SHOT Show 2020, all I wanted to do was shoot it. At only 18.75 inches total length and a bit of an out of the box look this little thing had to be fun to shoot and may just be one of the ultimate in self defense guns. 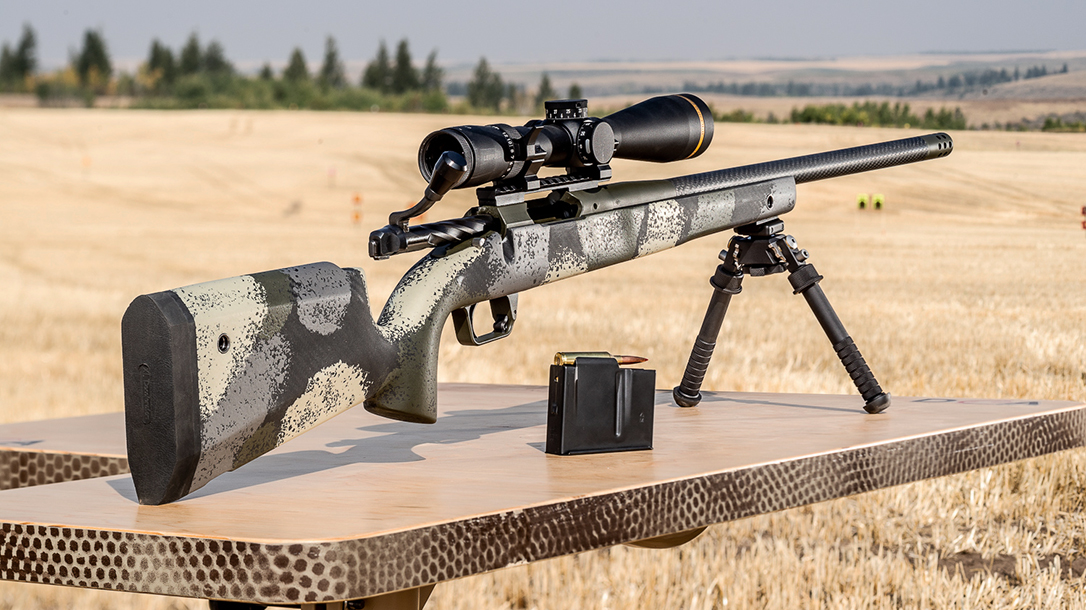 Springfield announced a trio of new releases back in January including the PDW, as well as the 5.56mm SAINT Edge EVAC Takedown Pistol and the .308 SAINT Victor AR-10 Pistol. The other two have already hit the market. The last one in the group is the PDW; and now it’s here.

What Is the Springfield SAINT Edge PDW?

Springfield’s compact pistol chambered in 5.56 is one of the ultimate Personal Defense Weapons I’ve encountered. It features a 5.5-inch Melonite-coated barrel with a Maxim Defense Hate Brake mounted to the front. The muzzle device is a huge part of this package. It provides added back pressure for reliable cycling while directing sound and flash forward, away from the shooter.

The PDW falls under the “SAINT Edge” brand, so you get the best of the best. However, Springfield took it to the next level with the addition of the Reptilia CQG pistol grip. It has a more vertical angle and is a bit shorter than the standard AR grip. The 6-inch aluminum handguard has M-LOK attachment slots. Springfield also provides a small hand stop to keep your fingers from wandering in front of the muzzle, which I always like on a short AR Pistol. The handguard lacks a full rail on the top, but does have a short section near the muzzle. Springfield ships it with flip-up front and rear sights, which I also love.

At the rear of the receiver, you’ll find the Maxim Defense SCW brace. It’s incredibly compact, hanging only 4 inches off the back of the receiver when fully collapsed. It is also adjustable, locking in five positions. Maxim designed it specifically for PDW-sized guns and it shows.

The SCW isn’t just another short buffer tube. It actually includes a shorter bolt carrier group and the buffer and spring are not held back into the tube; this threw me off a bit at first when I took it apart at the range. The spring and buffer jammed the disassembly up because I only removed the rear pin at first and the spring and buffer actually slid into the upper receiver when the bolt is closed. I discovered that you have to pop out both pins on the lower receiver and then kind of slide the upper receiver on or off.

I was so damn excited when the gun arrived that I didn’t waste any time. I took it out of the box, threw it in a range bag with about 500 rounds of various Black Hills and HSM .223 and 5.56 and headed out to the range. The 20-round Magpul magazine keeps everything very compact all the way around. I loaded up the magazine and from about 50 yards out started plinking some 8-inch steel targets. With just the flip-up iron sights it was also pretty accurate for me up to 100 yards with ease.

I was actually mentally and physically prepared for a fire-breathing beast that would rattle my fillings right of my mouth. To my pleasant surprise, this was not the case. The Springfield SAINT Edge PDW is a reliable, surprisingly soft-shooting PDW. I am pretty sure the soft shooting is mainly due to the Maxim Defense Hate Brake. You might think I’m lying, but I honestly think the PDW produced less flash and less noise than a full-size AR equipped with a traditional muzzle brake.

The SAINT Edge PDW fits in pretty much any backpack and boasts low recoil for any shooter. MSRP comes in at $1,700 for the complete package. Personally, I think it’s worth it and plan on spending the money to add this to my personal collection. Springfield created an industry changing pistol and one of the best out-of-the-box guns for personal defense situations you’ll find. Plus, it’s an absolute blast to shoot at the range.

As of publishing time (Oct. 23), Springfield is shipping the pistol out in limited quantities. Watch the video above to see me in action. For more information, please visit Springfield-Armory.com.