On a backpacking trip in Alaska, I found the broken base of a moose antler. It gathered dust until I thought it might provide part of the stack handle on a knife. I had some seasoned walnut for the rest of the handle, but I lacked the key ingredient of a blade. Which led me to Smoky Mountain Knife Works. 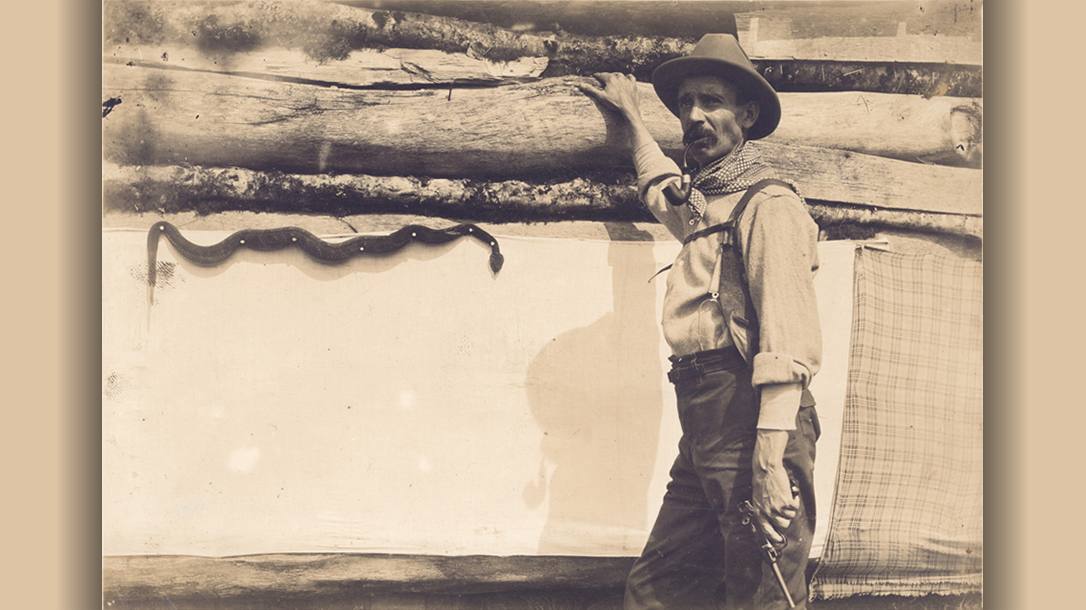 Smoky Mountain Knife Works is located just east of Knoxville. A few miles south of Interstate 40 on Highway 66 and right by the French Broad River in Sevierville, Tennessee. Sevierville is the gateway to vacation attractions in Pigeon Forge and Gatlinburg, as well as Great Smoky Mountains National Park. The area has something for every taste. Including a Ripley’s Believe It or Not Museum, helicopter rides, miniature golf, dinner theaters and Dolly Parton’s Dollywood amusement park.

All of this is in the shadow of Great Smoky Mountain National Park. Despite hosting 12.5 million people in 2019 as America’s most visited national park, the Smokies are big enough at 800 square miles to offer the solitude of miles of remote mountain hiking trails and trout streams.

For decades I have made it a point to stop at SMKW on east-west travels on I-40. Although it is a part of the huge surrounding attraction complex, for many SMKW is a destination attraction by itself. On a summer day, cars in the parking lot bear license plates from across the country. I have been introducing family and friends to SMKW for years and they are always bowled over by the experience.

From Pickup Truck to Showroom

The company history is interesting. Kevin Pipes and John Parker began by selling knives from the back of their pickups. Their business grew until they started Smoky Mountain Knife Works in 1978. As the business expanded, Pipes became president and CEO of the company. The store moved through two locations in the Sevierville area until arriving at the current site in 1992.

There is also a 150,000-square-foot warehouse that is the center for shipping items from the SMKW digital and paper catalogs. The showroom and catalog together generate over $50 million in sales annually. The company remains a family enterprise with Pipes’ sons, Tyler and Chase, both involved in management.

I made the three-hour drive from my home in the Southern Appalachians of North Carolina to Sevierville and my first stop was SMKW. On entering the showroom, I was once again struck with the enormous size of the store. It has a reputation as the largest knife showroom in the world. A visit to the 108,000-square-foot store is all it takes to confirm that claim.

Comprising several levels, the showroom is an eclectic blend of stocked sale counters, museum-style displays of historic artifacts, trophy heads, and collections of every imaginable style and brand of knives. A trip to the store like rummaging through a grandparent’s attic, with new discoveries bringing delight at every turn. Cases of antique knives lead to a beautiful full-body mount of an Alaskan brown bear, or a life-size scene of a 19th century trapper complete with a birch bark canoe.

One case holds a stuffed polar bear, walrus tusk, and carvings and handcrafts from Inupiaq and Inuit craftsmen. Other cases contain collections from the Civil War, the world wars and the old West.

It’s All About the Knives

When visitors can tear themselves away from the views of mounted African and North American wildlife and historical treasures for just a few moments, they find the largest assembly of knives for sale anywhere. A walk through the showroom reveals an almost endless line of knives, axes and accessories by Case, Buck, SOG, Victorinox, Gerber, Marble’s, Rough Rider, Cold Steel, Zero Tolerance, Benchmade, Columbia River, Spyderco and other companies.

Annual special events complement the spectacular showroom. For example, Case Cutlery offers a sale with special limited-edition products in June. Also, a “rep” weekend is held in October with dozens of companies showing samples of new lines and conducting demonstrations.

My SMKW folding knife purchases over the years include a Victorinox tinker with a nylon case (everyday carry), Rough Rider bone handle Scout style (for camping) and a Marble’s G.I. utility (carried in the pocket of my canoeing life jacket). As a fisherman, of the many commemorative and special edition knives sold by SMKW, the one I could not resist is a Wally Marshall Mr. Crappie special made by Buck Knives. It has two blades, one of which is 3 inches long and designed for filleting fish. Additionally, it has a crappie inlay on the black handle.

SMKW founders Pipes and Parker started as experienced collectors. During the 1970s, Pipes owned a Native American artifacts museum and he dealt in antiques and archeological items for years. His son Chase Pipes also inherited that interest. Today, Chase is the co-owner and operator of “The Relic Room,” a fascinating corner of the SMKW showroom. During my visit I spent an informative hour talking with him about his passion for his work.

Beginning around the 16th century, wealthy Europeans began housing their collectibles in what were known as “cabinets of curiosities.” These rooms housed museum-like displays of fossils, minerals, Egyptian artifacts, religious relics and scientific wonders of all kinds.

The Relic Room reminds me of a giant version of these collections, except that almost everything is for sale. Chase explained that the Relic Room gives visitors a chance to purchase and own a piece of the past, take it home, and cherish and preserve it into the future.

As a reenactor, I was excited to buy hard-to-find mussel shell shirt buttons in the Relic Room on an earlier visit. Freshwater mussel shells were the material for buttons before plastic was introduced, and modern plastic dress shirt buttons still mimic mussel shell with their shiny, opaque appearance.

I was delighted to learn that Chase is also a reenactor, with his period being the Revolutionary War. Being a reenactor helps explain his attention to authenticity and detail in the items he collects. He volunteered the time to give me a tour of The Relic Room, pointing out dinosaur fossils, megalodon shark teeth, coins, shipwreck artifacts, amber, minerals, meteorites, antique firearms, swords, military collectibles dating to the Revolutionary War, and early scientific and medical equipment. All the while he explained and described the features of items with the knowledge of a museum curator.

Chase opened a display case so I could photograph an antique scrimshawed powder horn and an original leather possibles bag. From another case, he withdrew an 1830-1840 Allen dragoon pepperbox pistol known as a “pocket rifle,” an 1839 long-barreled .36-caliber Colt percussion revolver with an original leather holster and an 18th century British flintlock blunderbuss with spring bayonet.

From his private collection, he allowed me to hold a 1750’s screw-top powder horn and a knife known as a “Virginia dirk” with a wood and pewter handle from the same period. All were items that would make a history buff or reenactor drool. Chase closed our conversation by showing me the extensive expansion of the Relic Room that is underway. I reluctantly left the wonders of The Relic Room, but not without buying a fossilized Spinosaurus tooth for my dinosaur-loving grandson.

Leaving the store, I met a couple from Michigan City, Indiana, who said they would not have missed the SMKW showroom on their vacation in the area. They described their shopping adventure as “awesome,” and that they particularly liked the historical displays. They appreciated that the company was family owned and had a “home touch.” I agreed completely with their assessment and look forward to my next SMKW experience.