Last October SIG Sauer announced its M400 Tread Rifle. Our brethren at Tactical-Life broke news on the rifle. The idea behind the rifle was customization with plenty of “room to grow,” as SIG said. Less than one year later comes word of an 11.5-inch barrel SIG M400 Tread Pistol variant. And like our friends at Tactical-Life with the rifle version, we have the first exclusive look at the new pistol. 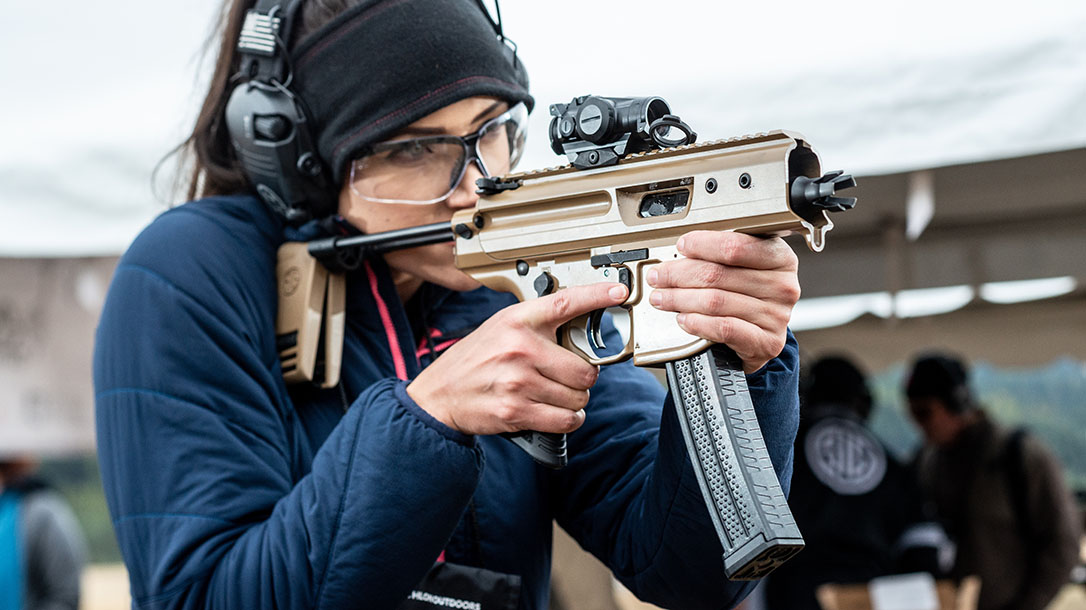 The “room to grow” concept remains with the M400 Tread Pistol, as does the 5.56 NATO chambering. SIG now offers those aspects that made the rifle successful in a smaller, lighter pistol variant. How much smaller and lighter? The Tread rifle measures 30.8 inches overall with a 16-inch barrel. Meanwhile, the Tread Pistol comes in at an overall length of 27 inches and a barrel length of 11.5 inches. Weight with a magazine is 7 pounds versus 6 pounds, respectively. The pistol also has a 30+1 capacity.

Seeing as it’s a pistol, another difference with the M400 Tread Pistol is the Shockwave Technologies Blade 2.0 Pistol Brace you’ll find on the end. The pistol also features a Free-Floating M-LOK Handguard and ambidextrous controls. Lastly, SIG capped the pistol off with a single-stage polished and hard-coated trigger, and a SIG Microlite Gas Block.

What about price? MSRP is the same as the M400 Tread Rifle at $951, but you’ll likely find it closer to $799 in stores. Watch Sean Utley put the M400 Tread Pistol through its paces in the video above.

SIG’s innovation knows no bounds. From the just-announced SIG P365 SAS pistol to the aforementioned M400 Tread Pistol, we look forward to the future. For more information, please visit SIGSauer.com.