SIG Sauer released a new short film entitled “Crossing Boundaries” Friday. It follows three men on a mountain goat hunt in Alaska, using all SIG products. If it doesn’t get you in the spirit to go on a hunt of your own, nothing will. 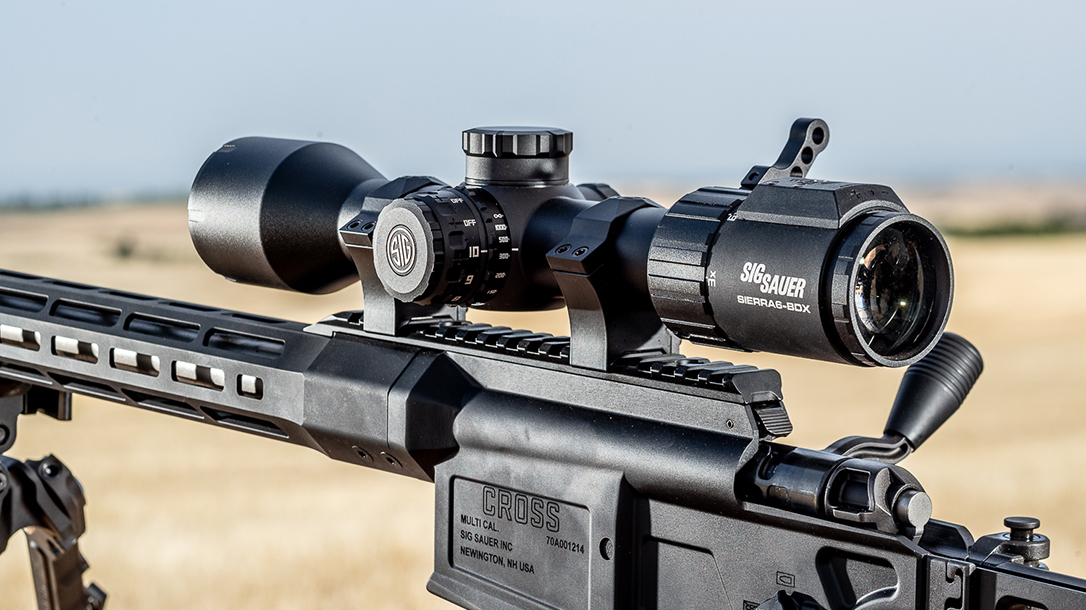 Leading the hunt was Cole Kramer, of Kramer’s Kodiak Guide Service. Joining him were SIG Sauer’s Product Manager Patrick Hanley and 3-gun champ and Team SIG member Daniel Horner. The trio took to the mountains of Kodiak, Alaska, in search of a mature billy goat.

For the hunt, the team only used SIG products to demonstrate the effectiveness of a complete SIG system. And effective it was. Firstly, the team started with the SIG Cross bolt-action rifle. The hybrid hunting-precision rifle makes for an easily transportable offering, as it shrinks down to just 25 inches when it’s folded up. Also on the hunt was the SIG BDX system. In short, the system helps pair your range finder and scope to get on target easier. For more, watch our complete review of the SIG BDX system. They also used a SIG suppressor and SIG’s .277 Fury ammo.

That’s quite a package for any hunt, and they put it to good use. On the first day, the team located a group of goats from the top of a mountain after a nine-mile hike. After finally finding a billy, Horner stepped up to the rifle. From about 250 yards away, he made a perfectly clean shot and dropped the mountain goat.

“He made a perfect shot and the .277 did the work from there,” Hanley said.

After the first goat, the team processed the goat and set up camp before some weather moved in. The next day, they hiked out and made it back to town for some good eating.

After the storm blew through, the team took an airplane where they were dropped into new territory. The fourth day brought on the biggest shot of the hunt. After hours of searching, Kramer spotted a billy goat about 800 yards away. The team slowly and carefully moved into a position of about 325 yards away. Unfortunately, the goat remained in a position that made an ethical shot impossible.

With winds kicking up to 30 mph, the goat finally moved into a position where they could hit him. They ranged the shot at 328 yards. However, this time it was Hanley on the rifle, and he made the shot, dead center. It dropped the billy goat and ended the hunt on a serious high note. In those kinds of winds in that terrain at that distance, that’s one hell of a shot. Watch the full video above. For even more info, please visit SigSauer.com.