Shooting through a car windshield might seem like something out of a movie. And nine times out of 10, it is. However, there are instances of real-world application. 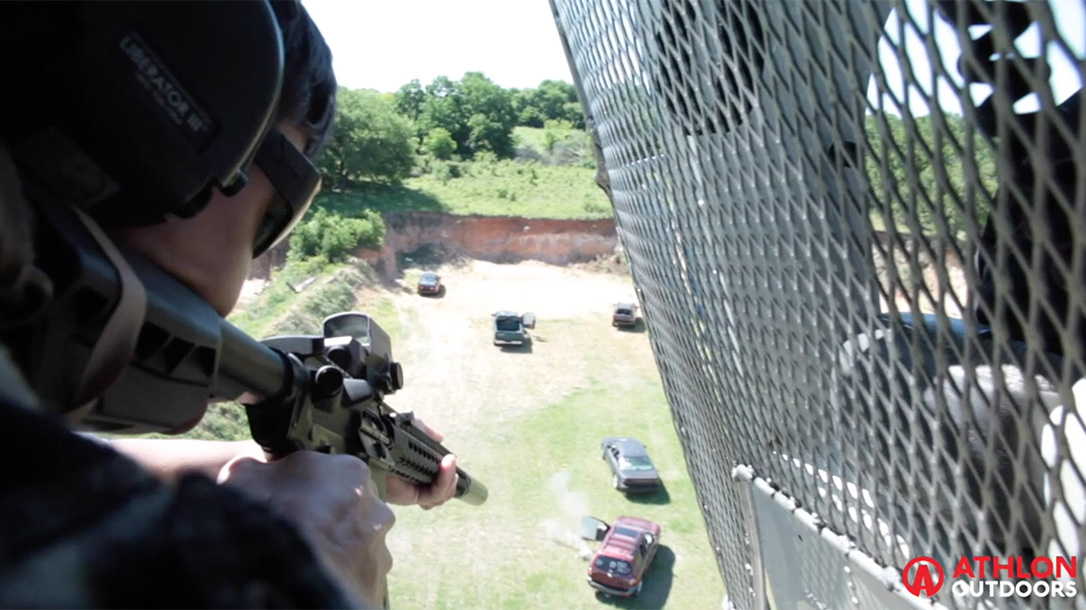 One such instance occurred in mid-July. As our sister website Tactical-Life reported, a Las Vegas police officer opened fire on a murder suspect through his car windshield. He did this during the middle of a car chase in the downtown area of the city. In total, the officer fired 31 rounds during the chase.

Several keyboard commandos asked if it was necessary for him to do so. It should be noted that the suspect — the murder suspect — opened fire first.

Regardless of your thoughts on the matter, the entire incident translates to a greater conversation about shooting through a windshield. Is there a proper way to do it? What needs to be considered?

Shooting Through a Car Windshield

There are few people with more of a training background regarding this exact topic than Guerrilla Approach founder Aaron Barruga.

His thoughts on shooting through windshields?

“In the middle of a complex attack … and you need to shoot through glass, you need to put as many rounds downrange as quick as possible,” Barruga said.

“What we do know is that glass is incredibly devastating to rounds. So rather than try to add things to our decision-making process — offsetting our sights, trying to aim our sights, trying to track where the enemy is at — try to think about our next move we’re going to make in the fight,” Barruga added. “Let’s just go ahead and make it simple and put as many rounds downrange through that windshield as quick as possible.”

Watch the video above for a full demonstration on how glass interacts with the rounds.