VIDEO: Blowing Up Tannerite and Destroying the Action Target Lineup

You’ve heard us talk about the guns we shot at the 2018 Athlon Outdoors Rendezvous for the last couple of months. Hopefully, we’ve provided some enjoyable and helpful content … and also made most of your jealous. But what about the gear we used? 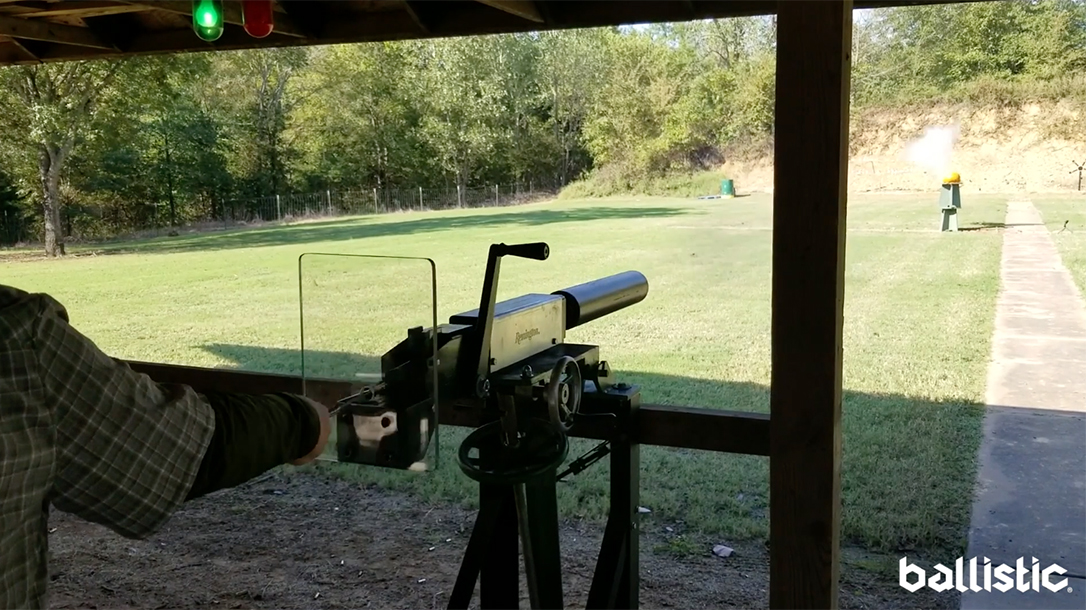 One item that stood out was the assortment of targets from Action Target. We got the “full service” treatment, utilizing just about every target in the Action Target stable, and we left impressed. We also had about 100 canisters of Tannerite, but we’ll get to that later.

As we said, Action Target hooked us up with a wide variety of targets. We had everything from standard 12-inch AR550 steel targets to its Magstar. It was like a buffet of steel. There were, however, a couple of favorites.

First, the PT Twist Rimfire target was fun as hell. We threw a couple of these things down at about 15 yards and abused them with .22s like the Performance Center SW22 Victory Target. The PT Twists do a good job of testing your reaction and speed, as they jump around quite a bit after getting it. It’s a great training tool.

Our other favorite was the classic Dueling Tree. Action Target brought its heavy duty version and we lit that thing up for three straight days. A good target improves speed and accuracy; the Dueling Tree did just that.

On the last day of the Athlon Outdoors Rendezvous, we spent some time setting up Tannerite targets at various distances from 50 yards out to 200 yards … in the pouring rain while catching pneumonia.

For those of you who are unfamiliar, Tannerite is a binary explosive target. Essentially, you mix the components, put the target out at a safe distance, shoot it and it goes “boom!” It’s incredibly fun, as you can see in the video above. If you’re looking to [legally] add a little explosiveness to your private range time, we recommend you treat yourself.

At the end of the day, Action Target and Tannerite can both improve your shooting, whether that’s skill building or just having fun. For more information, please visit ActionTarget.com. If you’re interested in picking up some Tannerite, use it safely and please visit Tannerite.com.