We took some time off the strip at SHOT Show 2018 with Kris “Tanto” Paronto.

Tanto runs Battleline Tactical with Dave “Boon” Benton. Both were instrumental in saving lives during the 2012 Benghazi attacks. 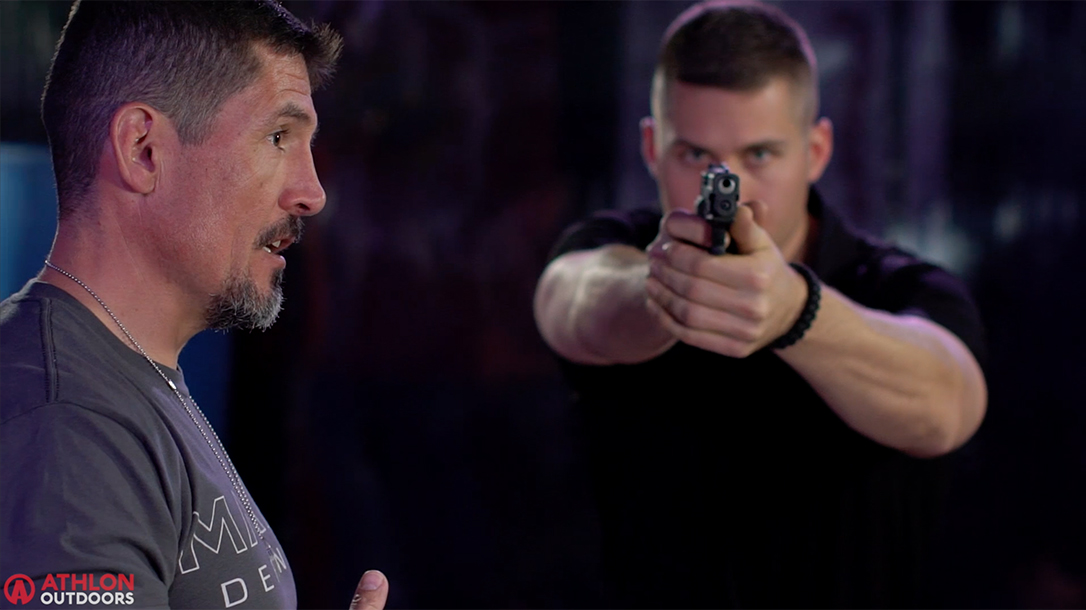 Partnering up at Las Vegas Gunfights, in part I of our two-part series, Tanto walked us through basic handgun marksmanship.

For part II, Tanto reviews both handgun shooting positions and shooting from behind cover. Improving a shooter’s draw and response is the main goal.

Tanto begins by demonstrating the four shooting positions during a course of fire. He reviews the draw and how you can fire from the various positions.

From there, Tanto transitions to the proper ways to utilize cover in a potential gunfight.

Watch part II above and learn from one of the best.