The Sharps Bros Heatseeker chassis should have a lot of people excited. But before we get there, we need to talk about the Ruger American. Since its release, the Ruger American bolt action rifle platform from Sturm, Ruger & Co. has been a hit. It’s provided consumers with outstanding quality and accuracy at a shockingly low retail price. Seriously, how a rifle with an MSRP of $449 performs as well as it does out of the box is striking to even some of the most seasoned long-distance precision instructors and pros I know. Perhaps it’s the distillation of 72 years of engineering refinements and manufacturing savvy. 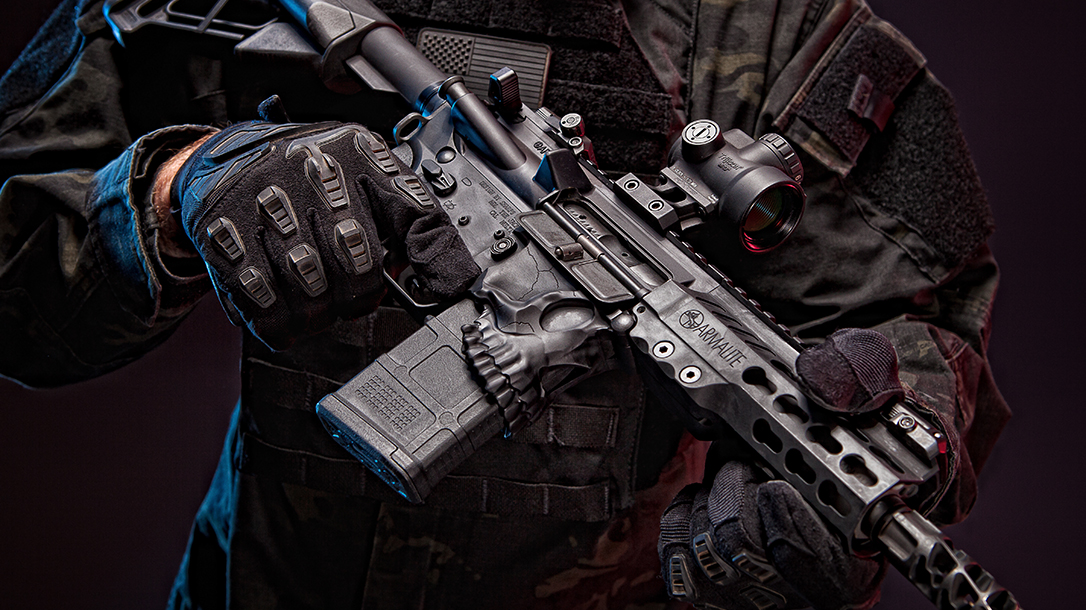 How Sharps Bros. Is Literally Changing the Face of the Gun Industry

Then we have Sharps Bros., a relatively young company by comparison, founded in 2012 by John Sharps. Sharps Bros. is undoubtedly best-known throughout the industry for its uniquely designed AR lower receivers. There are four in total: The Jack, Overthrow, Warthog and Hellbreak. Each sports a unique character’s wicked visage machined from 7075-T6 high-quality billet aluminum. If Post Malone proudly showcased a gold-plated Sharps Bros. Jack skull-faced AR behind the bar at his home during live stream benefit concerts, you know Sharps is doing something right.

Following closely on the heels of the success of the wildly popular AR lower receiver line, Sharps Bros. went on to become a full-fledged firearm design and manufacturing organization. It turned out products in three major subsequent categories: AR-15, AR-10 and Kalashnikov.

Innovative engineering practices and outside-of-the-box creativity in their proprietary designs are staples that make Sharps Bros such a unique brand. This is why it’s no surprise that John Sharps has now put his mind to work in taking the bolt action in a bold new direction by designing the new Sharps Bros. Heatseeker chassis for the Ruger American precision platform. The new Heatseeker costs $459. Meanwhile, it combines the renowned function and accuracy of Ruger and the savagely cool style and platform enhancements that Sharps Bros is known for. The resulting combination is truly where the best of both worlds collide in the most incendiary fashion.

Watch the exclusive video above to see the Heatseeker in action. To read the entire review of the Sharps Heatseeker chassis, pick up the April/May 2021 issue of Ballistic Magazine. Grab your copy at OutdoorGroupStore.com. For even more info, please visit SharpsBros.com.