Two examples of Scout rifle concept….one traditional one not so much.

Jeff Cooper’s Scout rifle has a legion of devotees keeping the Scout torch burning bright, and rightfully so. What is not to like about a rifle with a concept centered on versatility and real world application? Of course, some people are dubious of something that promises to do several tasks well. The underlying concern is that compromises involved with making something adaptable leads to compromises in performance. The Scout Rifle concept refutes this assumption. 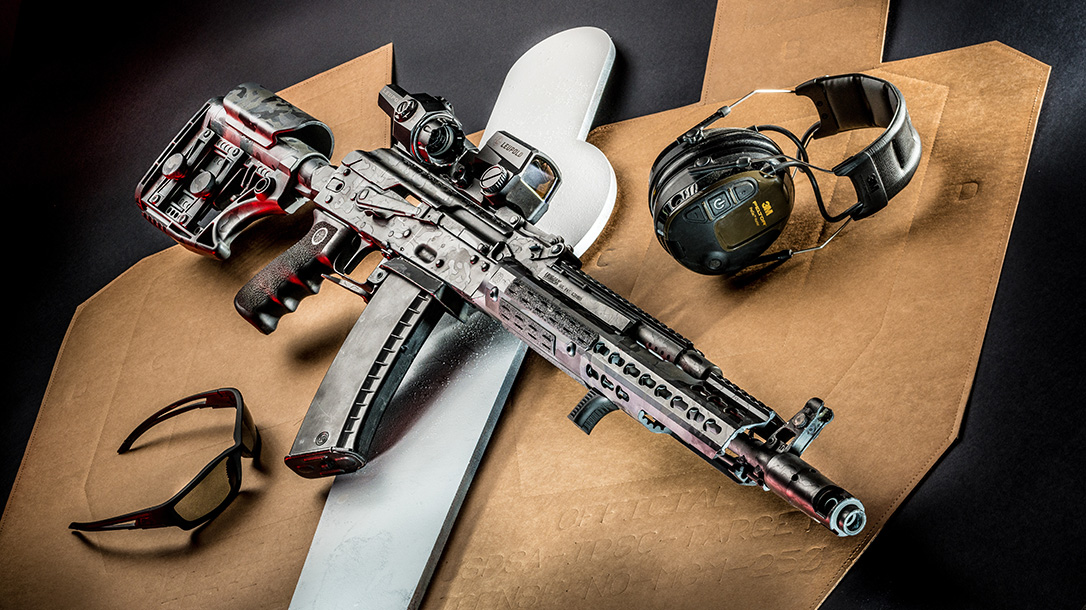 Cooper believed the scout rifle should be: “A general purpose rifle…conveniently portable, individually operated firearm, capable of striking a single decisive blow, on a live target…at any distance at which the operator can shoot with the precision necessary to place a shot in a vital area of the target.”

Cooper specified dimensions of the rifle to have an overall length of 39 inches and a weight right at 6.6 pounds, including the signature intermediate eye relief, forward mounted scope. This maximizes peripheral vision for situational awareness. The rifle also must have provision for efficient reloading, thus offering a decent level of firepower. Finally, the rifle’s chambering must be powerful enough to anchor large quarry while staying within other criteria such as capacity and size; most folks accept the .308 Win. as the most natural cartridge.

The Ruger Scout is based on the proven Ruger Model 77 bolt action. The M77 action blends the best qualities found in the military Mauser 98 action with sporting Winchester Model 70 actions. With the Ruger Scout, the company mated the M77 bolt action to an adjustable length of pull synthetic stock. It also comes with a rail section in front of the action and provisions made for use of detachable five- and 10-round magazines. All this made mounting a Burris 2-7x variable Scout scope easy.

However, Ruger also maintained the M77’s integral scope mounts around the action for proprietary Ruger scope rings. This offers users flexibility for mounting optics, either on the forward rail section a la scout scope or more traditional form over the action.

The Ruger Scout features a 16.25-inch, hammer-forged barrel with 1:10 RH twist chambered in .308 Win. The rifle come with a 10-round detachable magazine, but three- and five-round magazines available both in steel and polymer. The Ruger Scout also comes equipped with sturdy set of open sights. These fully adjustable sights are more than usable for anyone not wanting to mount a scope. The rifle also comes with a LC6 trigger, which measured slightly over 4 pounds via a RCBS trigger gauge. This Ruger Scout weighed 6.2 pounds.

At the range, I easily smacked steel out to 250 yards, both standing or using field rests. In formal accuracy tests, the rifle performed well, with groups averaging around 1.5 inches; the best group measure .8 inches. Also, the detachable magazines were handy to recharge the Scout after the last round.

Now, some shooters prefer a traditional rifle in lieu of a military style weapon. Those folks should consider the Ruger Scout. It provides multi-mission capabilities at likely engagement distances, along with power and accuracy.

I initially noticed the Kalashnikov Scout Rifle concept at several training courses. The AK Scout is typified by a low-magnification, extended-eye-relief optic mounted on an AK top handguard. As with most good ideas, the AK Scout concept is simple and builds on previous concepts from other firearm types. However, with the ever-increasing popularity of AK rail systems, red dot optics are becoming the norm. Red dots offer numerous advantages when engaging targets. Why not take this a step further and use a Scout type scope with minimal magnification and a cross hair that does not rely on batteries?

Now, the 7.62x39mm cartridge can be compared to the venerable .30-30 in terms of ballistics and power. With 7.62x39mm loads ranging from 122 to 154 grains, available in FMJ, HP and SP bullet types, performance is also similar to the .30-30. The knock against surplus 7.62x39mm ammunition has been the accuracy potential. Hornady’s new 7.62x39mm 123 grain SST load quells this accuracy doubting and has lent further impetus to my thoughts of an AK Scout.

I mounted a Leupold 2.5x IER scope on a Rifle Dynamics RD702 AK. The RD702 AK utilizes the RD AK/M-4 stock adapter to affix a Magpul CTR rear stock. Aesthetically, the RD702 gets your attention immediately with its 14.5-inch barrel with pinned PWS FSC flash hider. Rifle Dynamics is proud of its custom front end work featuring the Bolton Gas Block; this sets RD AKs apart from others. The RD modification removes almost 1 pound off the front of the rifle. This moves the center of gravity about 4 inches closer to the body, making the RD702 feel very light and fastest handling. The RD front end work is also complimented by adding an Ultimak gas tube scope rail. In fact, this Ultimak provides a solid mount point for whatever forward mounted optic you prefer. The rifle weighs 6 pounds, 15 ounces empty.

Some scoff at the AK Scout idea. In fact, scout purists will find fault in trigger, not be able to load single rounds of ammunition and sling options. They also point out it is slightly overweight, the7.62×39 cartridge is not potent enough, etc. Do not be dogmatic. It is a valid concept that should not be dismissed until fully assessed for what it offers in terms of capabilities. Also, 30 rounds of 7.62×39 can’t be easily discounted. 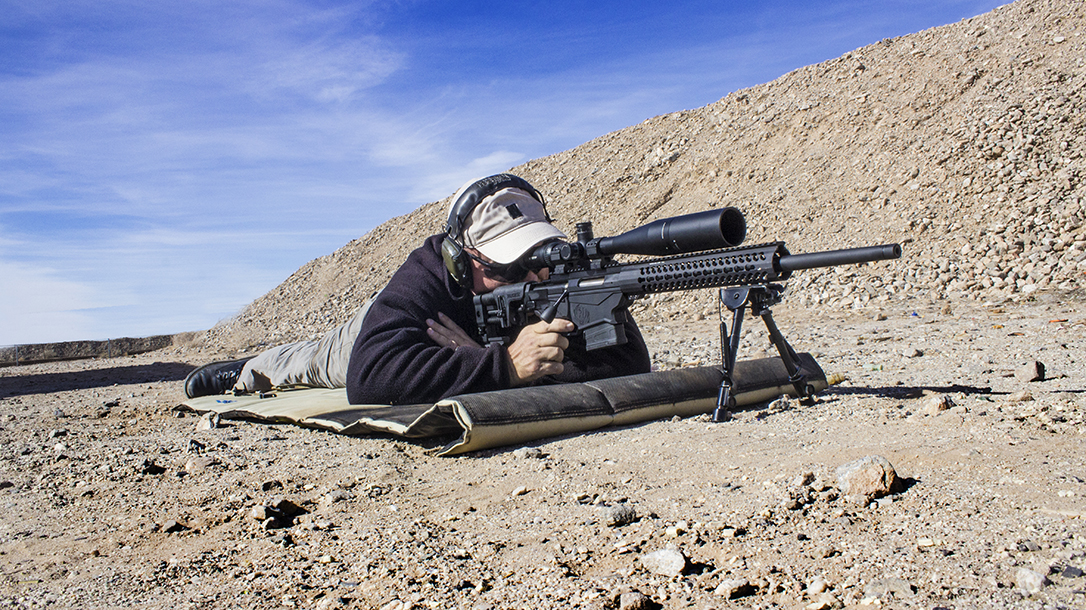 Lt. Col. Jeff Cooper’s shadow will always be present for any rifle utilizing Scout nomenclature. Yes, the Ruger Scout does it in a more accepted form than an AK based version. Some will appreciate and others discount what each rifle offers. Regardless, anyone using either the Ruger or AK Scout will consider themselves well armed and ready to handle any situation.

For more information about the Ruger Scout, visit ruger.com.

For more information about the Rifle Dynamics RD702, visit rifledynamics.com.