About five years ago I got heavily involved with Anteris Alliance and all of the brands that they bring together. After about a year of running Frontier Tactical rigs in various projects, the owner said, “Hey Frank, I want to introduce you to a friend of mine that just started a scope company.” 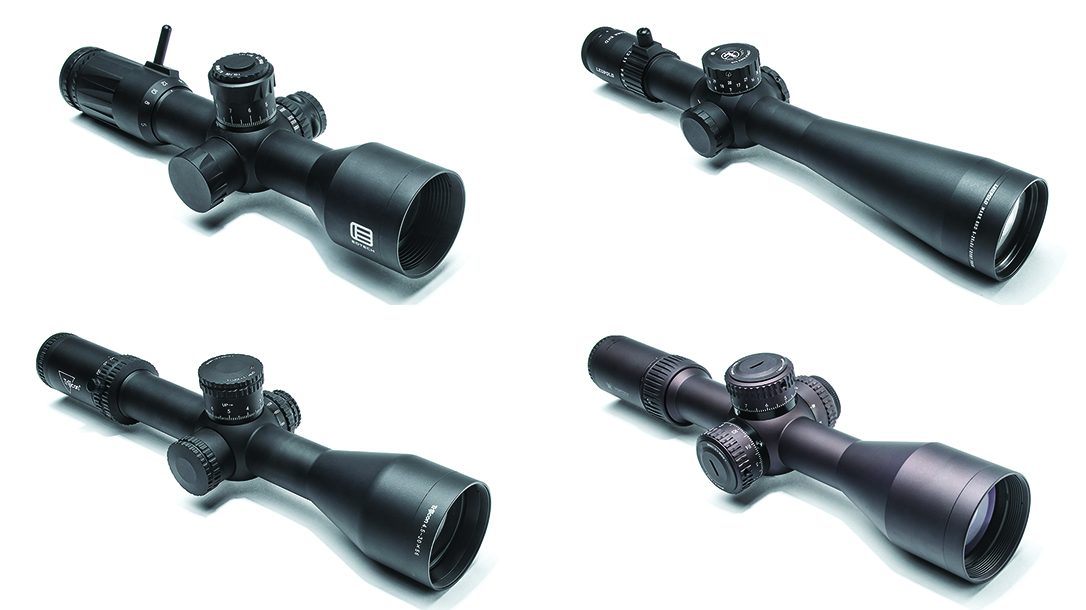 Well, that friend turned out to be Brady Speth and the company was Riton Optics. After running numerous optics in our classes at Renaissance Firearms Instruction and slapping them on nearly every test rifle I’ve reviewed that year, I was hooked. I’ve always found Riton’s glass to be crystal clear and the reticles to be well thought out and useful.

As the ever-advancing AR-15 continues to increase its capabilities, the shooting community simply demands higher magnification optics that are capable of a multitude of uses. The tough part of achieving versatility is to maximize magnification, without sacrificing the simple 1x setting.

There are two schools of thought we think AR-15; half of us think running and gunning while the other half of us thinks tactical precision rifle. Both are correct. That being said, a 1-(blank) x-24mm optic has always been the industry standard design for Stoner’s creation. Of course that “blank” has always been the point of contention, as each increase over its predecessor involves quite a bit of engineering. With engineering comes the associated cost. It doesn’t take long until the final product is out of financial reach for most shooters. This, of course, is where Riton shines. The manufacturer is well versed in keeping a realistic price point without sacrificing quality. Backing up this statement its brand-new X3 Tactix rifle scope.

With an MSRP of only $549.99, the Riton X3 Tactix a terrific deal for a 1-8x optic. I got my first look at the new optic at the 2019 Athlon Outdoors Rendezvous out in Driggs, Idaho. My first reaction was “Hey, new skin!”, as I noticed the newly introduced flat dark earth finish available on this optic. With the popularity of guns in this color, it only made sense.

Aside from gorgeous cosmetics I also noticed the enlarged windage and elevation knobs. Riton designed them for rapid adjustments, regardless if you have gloves on or not. Half-minute clicks further facilitate speedy corrections when getting on target at extended distances. The newly drawn reticle is set in the second focal plane, allowing it to remain fine and crisp when engaging long-range targets. Riton surrounds its central 1 MOA aim point with an easy-to-acquire 20 MOA circle; this puts you on target instantly when speed is a necessity.

Also, holdover hash marks in 5 MOA increments sprout out from the nine, three and six o’clock positions giving the shooter 20 minutes of on-the-fly correction in each direction. Of course, this measurement was taken at the 8x setting, at 1x power the shooter would have 160 minutes in each of those directions.

On the range, we activated the illuminated reticle; it was true “daylight bright,” which made it very easy to view in a field of vegetation. After a speedy zero, we fired out to 600 yards and landed several impacts by dialing and/or holding over. After resetting the turrets back to zero, we ran them up and down a few times and confirmed repeatability out to 600 yards. The eye relief of 3.5 inches was perfect for an A3 configuration; it allowed me to obtain a proper cheek-weld without having to mash my nose against the charging handle or stretch my neck back for a full field of view. You’d be surprised how hard this is to get right, even with the few inches of adjustment that the scope rings afford.

Stepping away from the rifle I requested one for follow-up work. This is certainly going to need to spend some time in the woods, on the range and maybe even in a tactical rifle match. If you are in the market for three pieces of glass, save yourself some dough and check out the X3 Tactix. For more information, please visit RitonOptics.com.