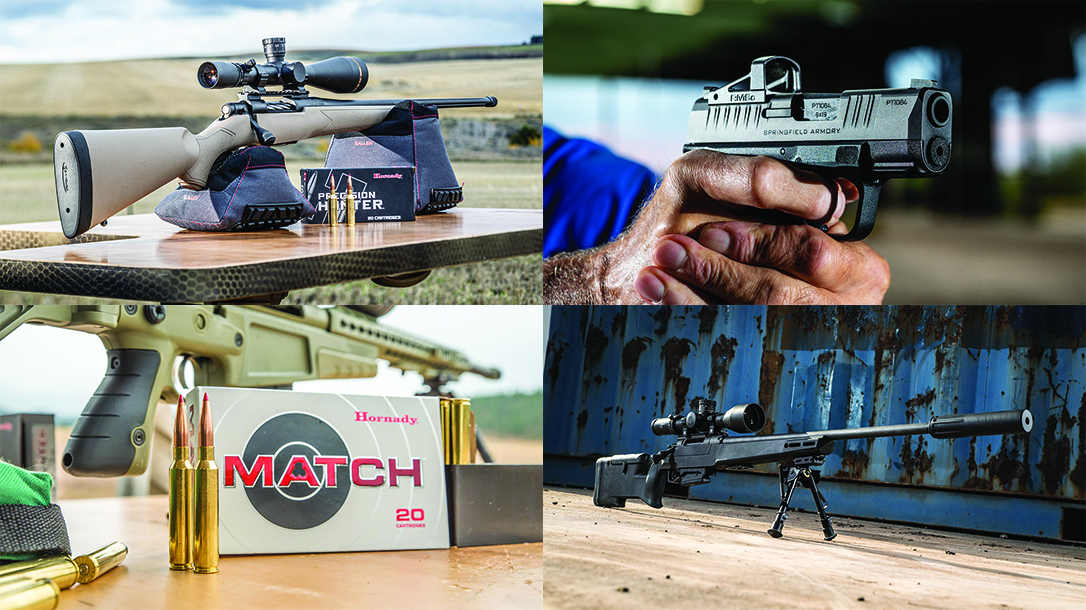 OK, that’s not actually the RISE Armament slogan, but we wouldn’t jump to disagree if it was. RISE drop-in triggers have quickly grown in popularity over the last few years, and rightfully so. We even gave RISE with the title of “Best AR Triggers” as a part of our 2019 Ballistic’s Best Editor’s Choice Awards.

So when word broke at SHOT Show 2020 of a brand-new RISE trigger, needless to say we were excited. We ran over to the booth and found the all-new RISE Blitz drop-in AR trigger.

As the name indicates, the Blitz is incredibly fast. The first thing to take away with this single-stage trigger is the pull weight, which comes in at 3.5 pounds. RISE says the trigger “has virtually no creep” and, having pulled it a few times on the SHOT Show floor, we agree. The reset — RISE’s Quik-Klik system —is very fast.

There were a couple of other aspects of the Blitz that we really liked. Firstly, the trigger blade is a bit of hybrid, combining what we like about curved and flat triggers into one. It was a really easy pull every time. Secondly, it’s rated for pistol-caliber carbines. With the growing number of PCCs on the market, the Blitz is a welcomed addition. Calibers for the Blitz include .223/5.56, .308, 6.5, 9mm, and more.

Installation, like the rest of the trigger, is also pretty fast. It requires no set screws to tighten and RISE includes free anti-walk trigger pins for secure installation

As for the trigger’s build, RISE made the interior parts from S7 tool steel with heavy-hit hardening followed by a black nitride finish for enhanced strength and corrosion resistance. The LiteMite hammer also reduces weight. Meanwhile, the RISE NoWay Take-Up prevents movement prior to engaging the sear; so trigger movement begins with the pull required to move and actuate the sear to release the hammer.

Like all of its AR triggers, RISE precision-machined the Blitz with handcrafted fine-tuning. RISE also individually inspects each trigger. The aluminum housing adds enhanced durability over punch-tin–style housings.

Lastly is MSRP. Before we get there, it’s worth noting the Blitz is backed by the RISE “More-Bang-for-Your-Buck” Performance Guarantee and RISE Lifetime Warranty, so there’s that. And as we mentioned in the headline, MSRP comes in at $199, which kind of makes this a “why not?” purchase.

On top of the Blitz, RISE Armament also just released the RISE Rave 140; it’s a second generation upgrade of the RISE RA-140 Super Sporting Trigger (SST). Our friends at Personal Defense World have the scoop on the RISE Rave 140. For even more info, please visit RISEArmament.com.

The 5 Best Guns of 2020 According to Ballistic Magazine