A year ago at the 2018 Athlon Outdoors Rendezvous in Montana, I got to test out the Remington 700 CP pistol in the .308 platform. At first, I thought it was kind of funny, but then immediately had a blast shooting it. I asked the rep if there were any plans to put an arm brace on it. Apparently I wasn’t the only one who asked that day. I got a wide, non-committal grin. 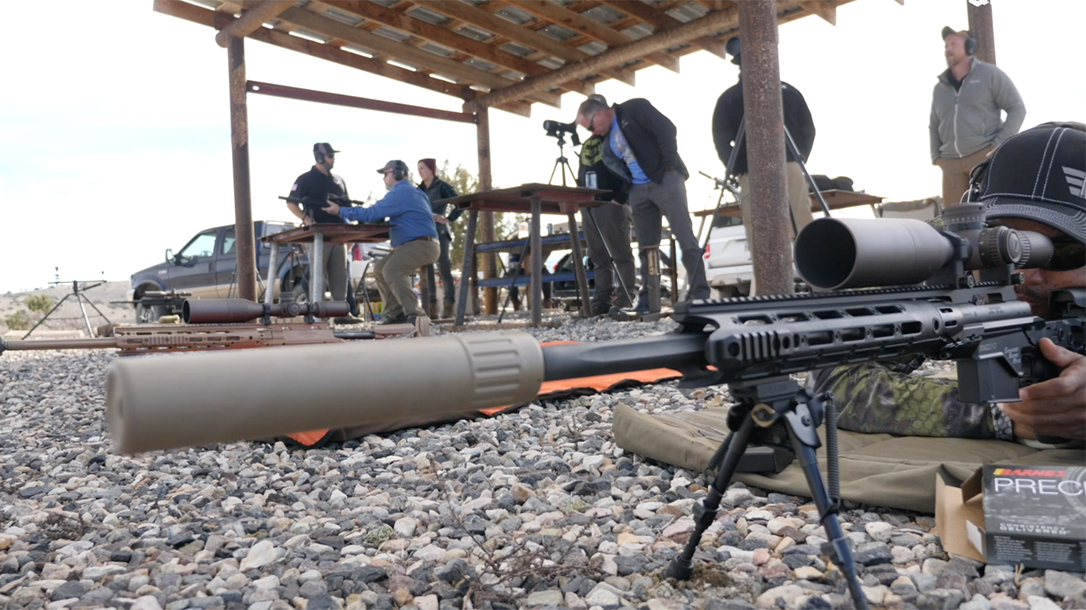 Fast forward one year to the 2019 Athlon Outdoors Rendezvous, but this time in Idaho beside the Teton Mountains. Once again I spied the Remington 700 CP pistol, and this time it came with an optional arm brace. Prayers = answered.

Remington 700 CP Gets Its Brace

First, I know there are some readers who are completely flummoxed as to why an iconic bolt-action rifle should be made into a bolt-action pistol; I too was among them. However, I tried it out and found it to be a blast when shooting off of the gun rest. I also had no problems clobbering the steel at 100 yards. This year I tried it with an arm brace, and it was like shooting an entirely different gun. What mostly seemed like a “fun” gun before, was now a pistol with a purpose.

Eric Suarez, Remington’s Public Relations Manager, spoke to me at length about the new braced 700 CP. He explained that the addition of a mil-spec buffer tube and an SBA3 arm brace from SB Tactical transformed the target market to youth — or anyone of smaller stature — disabled individuals, and people shooting from confined spaces, such as a tree stand. If the arm brace was put on a folding buffer, it would also make an excellent backpack gun or sheep rifle for high mountain hunts. The addition of the arm brace took this pistol from being a novelty to a legitimate tool for special purposes.

In .223 or .300 Blackout, the pistol comes with a 10.5-inches barrel. Switching over to .308 and 6.5 Creedmoor, the barrel jumps to 12.5 inches. As of now, the arm brace model is only available in .308 and .300 Blackout. However, if you own one of the original 700 CPs without the arm brace (including .223), it is easily convertible to take the buffer tube and arm brace, making it a far more practical hunting platform. Remington seems to be moving back to its roots as company that focuses on firearms for hunting.

A little more about the pistol: Firstly, it has an X-Mark Pro adjustable trigger (approximately 3.5 pounds to 5.5 pounds. All barrels come threaded for a suppressor or muzzle brake (5/8×24 in .308, 6.5 Creedmoor, and .300 Blackout; 1/2×28 in .223). It also takes any grip that will fit on a mil-spec AR rifle. However, it comes with a Magpul MIAD grip. Remington uses the MIAD because the grip can’t have a rear tang due to the chassis design placing the stock just above the pistol grip.

The Remington 700 CP brace variant has an oversized, knurled bolt knob that can also be changed out and an M-LOK compatible forend. It takes AICS style magazines and comes with a Magpul magazine (.308 and 6.5 Creedmoor) or MDT polymer magazine (.223 and .300 BLK). None of the variations come with iron sights, but they do have a 0 MOA extended rail for mounting a scope. The arm brace also allows normal rifle scopes to be used, instead of pistol scopes that require a far greater eye relief.

I love outside-the-box thinking when it comes to firearms and tactics. Some ideas don’t hit their mark, but when they do, everyone follows suit. The Remington 700 CP pistol with an arm brace embraces innovation while returning Big Green back to its traditional hunting routes.

Lastly, MSRP for all braced versions is $1,169. For more information see Remington.com.