0
SHARES
879
VIEWS
Share on FacebookShare on Twitter
The ATF isn’t the easiest government group with which to deal. Most folks believe this is because the ATF seems to blow with political winds, depending on who is in power. Because of this, some manufacturers and groups occasionally poke fun at the firearms watchdogs, with the latest being the PSA Approval 15 stripped lower receiver. 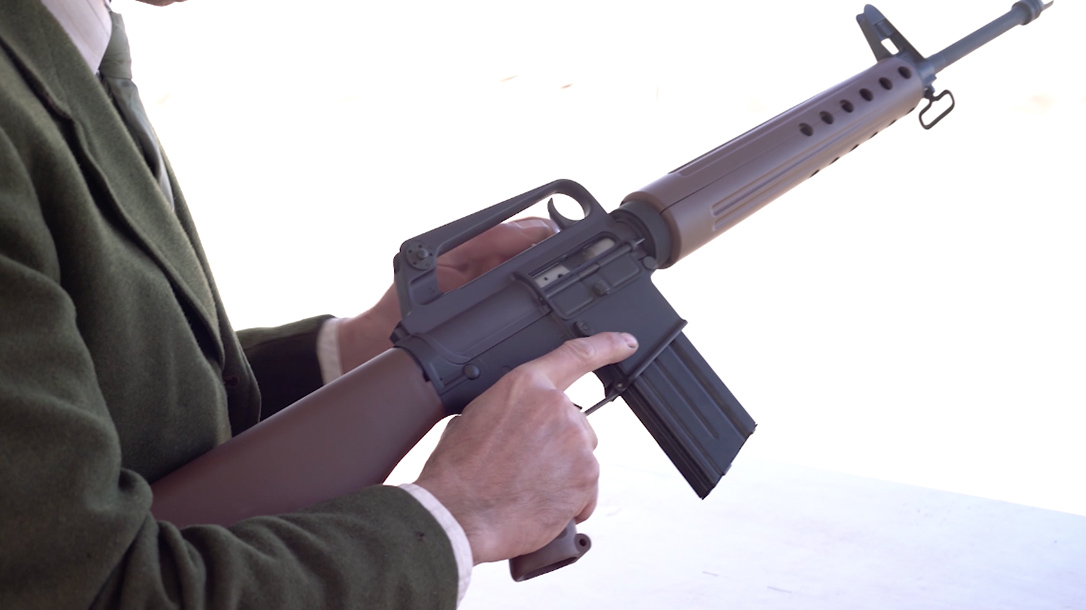 The Palmetto State Armory recently offered this lower to shooters, and the company quickly sold out. One reason for this fast run would probably be the excellent deal offered, but folks also seemed to like the jabs at the ATF. In fact, we’re not sure which folks like better.

To start, the PSA Approval 15 features an engraving of an ATF agent peering over a fence. The company hasn’t come out and stated what this represents, but it doesn’t take that much imagination. Words that come to mind are shady, dubious, underhanded, etc. But it might be referring to how the ATF keeps careful watch over fully automatic firearms, even sometimes items not considered to be firearms.

Another jab comes from the fire selector denotations, which one would definitely consider unique. Standard AR-15 rifles come with fire and safe scrawled on the receiver. However, fully automatic guns come with a third selection, which makes these guns mostly illegal in civilian hands.

In the three standard selector locations Palmetto State etched “NO & NO,” “MAYBE, BUT NO” and “YES, BUT REALLY NO.” One of the company’s Facebook followers suggested it should read “Denied, Delayed, Approved,” which had us laughing as well.

PSA claims its limited-edition Approval-15 lower “comes from the most advanced aerospace manufacturing technology and is one of the industry’s finest forged, MIL-SPEC lowers.” In fact, PSA creates this receiver out of 7075-T6 aluminum using its automated manufacturing process.

This process creates Mil-Spec receivers with a MIL-A-8625, Type III, Class 2 black finish. This also means that shooters can use them to accommodate al AR-15 platform builds.

The initial run of Approval 15 lowers sold out in less than one hour. PSA said on Facebook, “First run went quick! MORE WILL BE HERE SOON.” Then, four days later, PSA announced another shipment had arrived. As of this writing, the PSA Approval 15 receivers show in stock, but they probably won’t last long. We’ll keep our eyes peeled. PSA set the MSRP at $49.99.

Just for clarification, this isn’t a full-auto receiver, nor is it an 80-percent receiver. It’s just a good deal on an excellent receiver for an AR-15 build from folks who like a good joke.