VIDEO: We Had a Firearm Cook Off During Our POF Torture Test

If you haven’t seen, we recently conducted a massive torture test with Patriot Ordnance Factory (POF USA) and Hornady. Short story: Hornady asked what we could do with a barrel of 14,000 rounds. So we contacted POF-USA and tortured one of its P415 Edge rifles for 10,000 rounds. 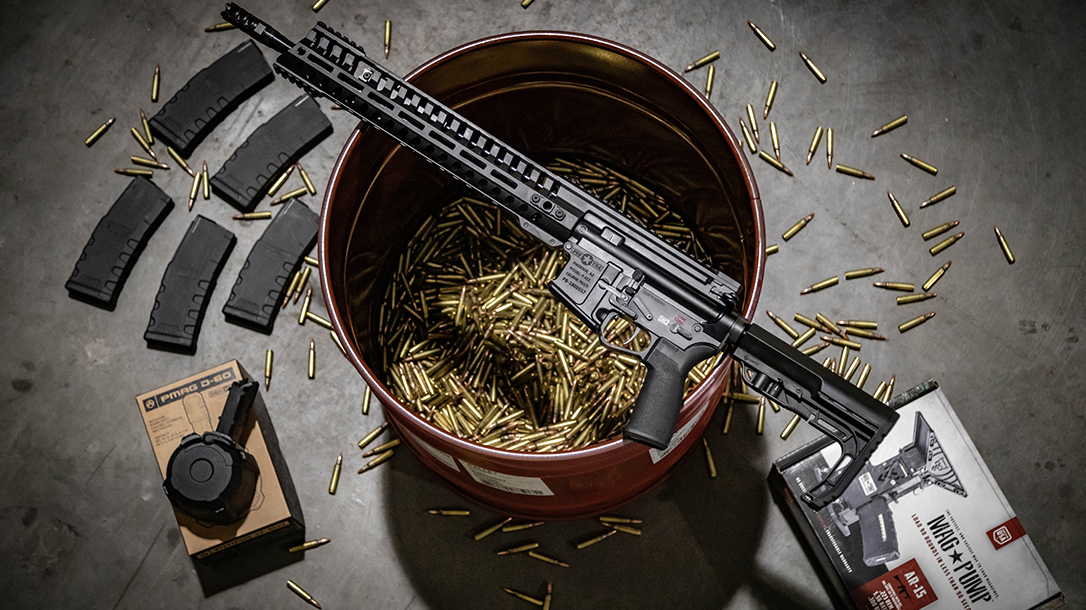 What about the rest of the ammo? Great question. We’re giving it away — approximately 3,800 rounds — plus a brand-new P415 Edge rifle and magazines from Magpul and Mission First Tactical. We know, we’re great. But that’s not the point here.

Very far into the torture test, we had a firearm cook off.

“Oh, cool. You made chili or ribs and fired guns?” you adorably ask, unsure of what a cook off is.

What Is a Firearm Cook Off and How Did it Happen?

About three hours and 33 minutes and 9,400 rounds into our torture test, the temperature on the P415 Edge reached 990 degrees Fahrenheit; that temperature reading came in at the gas plug. Now let’s all agree that 990 degrees is hot.

Also known as thermally induced firing, a firearm cook off occurs when the environment surrounding the firearm is too hot. The ammunition explodes prematurely. The sustained heat causes the sympathetic detonation of adjacent rounds, which was the case here.

POF-USA founder Frank DeSomma manned the P415 Edge during the cook off.

“This is what happens when you get extreme heat with a firearm. Extreme heat, no hands and you can put a round downrange,” DeSomma said. “Obviously that’s a catastrophic failure. … But it’s still in the fight, isn’t it?”

Watch the video of the cook off above. The torture test was a part of the June/July 2019 issue of Ballistic Magazine. To read about the test and more, grab your digital or physical subscription at OutdoorGroupStore.com.