The following story on Phillip Velayo and Gunwerks Long Range University is from the 2020 issue of Ballistic Precision. Print and digital copies available at OutdoorGroupStore.com.

If you are at the least remotely interested in pursuing the precision-shooting lifestyle, you’re going to have to get comfortable with a couple of facts. Fact one: It’s going to cost you some money. There’s no way around it—shooting precision rifles takes your dollars and turns them into vaporware. Fact two: In order to feel like you’re getting something in return for all those dollars becoming dust, you’ll want to pursue knowledge. That way you can improve and feel better about your efforts. 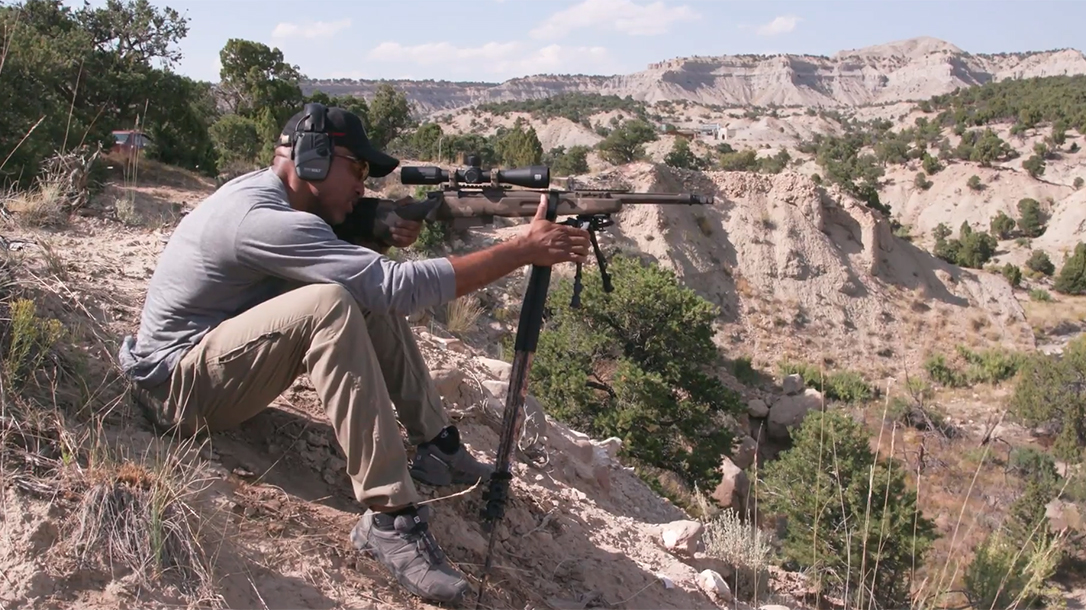 Online searches take you to many different teachers. However, one you might want to seek out with intention is a guy by the name of Phillip Velayo. He is without a doubt an impressive instructor. He’s also truly passionate about sharing the knowledge he’s garnered over many years as a shooter—several of them as a Marine Scout Sniper and Scout Sniper Instructor, responsible for the creation and development of scout snipers across the Marine Corps.

Velayo isn’t hard to find. He’s made himself rather well known through the ranks of social media, where he’s mustered several thousand followers on Facebook and roughly 30,000 followers on Instagram. He’s done that by spitting facts, whether people like it or not, or want to hear it or not. You might say he is a bit controversial, but it’s an earned position when you’ve cut your teeth in this discipline like he has. You could also say he learned precision rifle the hardest of ways. How? By successfully completing sniper school and completing several deployments, including one to Iraq. After that, he went into the competitive rifle space that was dominated by highly capable civilian competitors and got his ass handed to him a time or two. He then vowed to be one of the top shooters no matter what it took, and that vow paid off.

Ballistic Precision headed up to Cody, Wyoming, to chew the PIG-fat with Velayo, who is a HOG with a new mission. He heads up Gunwerks’ Long Range University, where he consistently shares what he knows about sending freedom pills downrange with willing students who have paid handsomely to hear his words of ballistic wisdom.

The Long Range University started much like any other firearms instruction. Attendees introduce themselves and say a few words about who they are and why they are there. But something was different about this class. Velayo introduced himself and touched briefly on his history. That’s it. No war stories or battlefield tales. He didn’t brag on his accomplishments, he instead immediately launched into the LRU curriculum.

LRU has four levels of courses. While they include general precision training to improve marksmanship, classes include competition instruction as well as hunting, which is the cornerstone and majority of the Gunwerks curriculum. Gunwerks breaks down courses into three main types:

Foundation (L1) is a focus on skills and knowledge base. This focuses on the pieces necessary to get a high return from your shooting. It gives you a complete understanding of marksmanship fundamentals. It also includes an introduction to some of the shooting technologies offered by Gunwerks.

Development (L2) builds on topics learned in the foundation portion. It adds technical pieces of long-range shooting such as the science of ballistics and how it all works, including wind and the effects of wind on bullet trajectory.

Application (L3) is the culmination of everything learned in the previous days. Students put all the components together and execute them on their own. It also includes training in positional shooting and is applicable to any type of shooting the student will execute, whether hunting or target.

I can say that all three of these experiences come together rather seamlessly and progressively. They build upon each other very well and the next thing you know, you’re putting all the components together without much effort on your own. This is one of the greatest accomplishments of Gunwerks LRU in my opinion and a testament to the course created by Velayo.

There is one more level for serious hunters that few other companies offer. Experiences (L4) are hunts that include the instruction so that you can immediately apply the learned skills in the field for the ultimate “experience.”

What You Will Learn

Velayo preaches the fundamentals of basic marksmanship, which consist of natural point of aim, bone support, muscle relaxation and proper trigger press. He ingrained this into us during the course. While those fundamentals are the core that never changes, there are other components to successful precision shooting as well.

Velayo explained to us that the shooting system consists of the rifle, laser rangefinder, ammo, optic and shooter. He also stressed that the shooter is the most important part of the system. The shooter must be comfortable to maintain position on the gun, be stable in his position and execute good recoil management. Recoil management was stressed because Velayo believes this is an area where many precision shooters are lacking. If you don’t manage recoil, you can’t see where your shot went or impacted. Seeing impacts means you can make quick corrections and won’t have to rely on someone else seeing that for you. We learned how to control recoil while at LRU.

Day One consisted of the basics of both marksmanship and precision-focused principles. Velayo covered optics, including reticles, how to zero and other aspects. He also covered the importance of D.O.P.E. After classroom work, we went out into the connected shooting area to put some rounds downrange to get a feel for our provided Gunwerks rifles, Revic optics and Hornady 140-grain ELD-M ammunition.

On Day Two, we covered ballistics and how various environmental factors affected the flight and impact of the bullet. Other information covered included an explanation of ballistic coefficients, and we learned how to use Hornady’s 4DOF ballistic app and created our own hard D.O.P.E cards to use in case our electronics failed. We also covered the cleaning process and cleaned our rifles; it was a nice change of pace since that typically doesn’t happen in a classroom setting.

The third day had us utilizing all our tools including the power of the Revic optics; this allows you to use the optic alone for your ballistic solutions. The Revic features software and sensors inside. They give you everything you need for an accurate shot, outside of measuring wind. We also learned how to make wind calls on our own and put it into practice behind the rifle on targets out to 1,125 yards.

The final day of the four-day course was filled with everything we’d learned, along with the addition of positional shooting, which included engaging targets from tripods while standing, sitting and kneeling, shooting off of barricades such as tank traps, and using bags and other supportive tools to make more accurate shots while not being in the prone position. This was a real eye opener for most—especially those students who focus mainly on hunting. Many were shocked at how accurately they could shoot from non-traditional positions.

Overall, Velayo and his assistant, Ben Downing, did an excellent job of keeping us engaged throughout the course. Afterward, I spent time with Velayo to find out more about this former sniper, fierce competitor, extremely influential instructor and social media shooting celebrity.

Want to read the entire story, including more of what you’ll find at Gunwerks and a full Q&A with Velayo? Pick up the Precision 2020 issue of Ballistic Magazine today! Print and digital copies available at OutdoorGroupStore.com.