Patriot’s Day 2018: Celebrate Your Freedom and 2A Rights

by Athlon Outdoors Staff
in News
0

Patriot’s Day is a day for Americans to celebrate their patriotism and Second Amendment rights.

Celebrated every year on the third Monday in April —in 2018 that falls on April 16 — Patriot’s Day acknowledges the events of April 19, 1775. 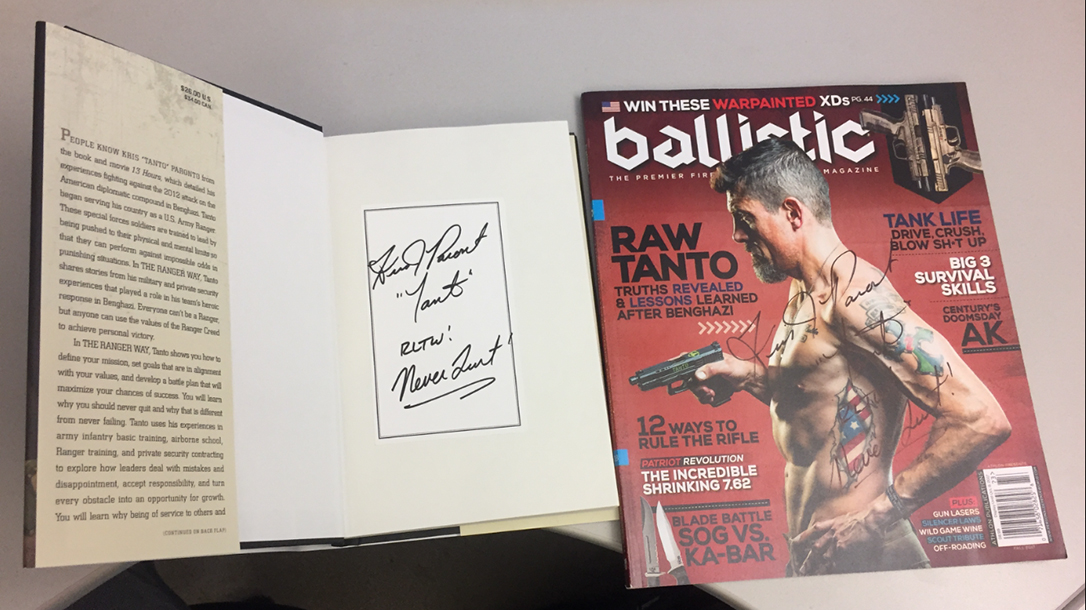 That date represents the Battles of Lexington and Concord, which were the first military engagements of the American Revolutionary War. It represents the beginning of American Independence. It represent a well-armed militia against a corrupt government where guns paved the way.

As we announced two weeks ago, we, at Athlon Outdoors, wanted to do something special for Patriot’s Day 2018.

Readers were tasked with submitting a photo and a sentence or two expressing what Patriot’s Day means to them. Two winners would receive a gift pack from one of America’s biggest patriots: Benghazi warrior Kris “Tanto” Paronto.

Congrats to Amanda E. and James G. from Maine (see their photo submissions above). You’ll both receive an autographed copy of the fall 2017 issue of Ballistic Magazine featuring Tanto and one copy of Tanto’s book “The Ranger Way” — both signed by the legend himself.

“Training with my team, my brothers and sisters, to continue to do our duty protecting the rights and freedoms of our fellow Americans. This is from a search an extraction course. Where we learn how to safely rescue and medically treat people during a natural disaster.”

“There is absolutely nothing like the recoil and the smell of a wheel gun. This is my Ruger Super Blackhawk in .44 Magnum. This is freedom!”