The sheer amount of pistol options available to the public is beyond daunting. It’s hard to wrap your head around the many makes and models, and how they can fit your needs. On top of that, customization options is equalling daunting. It seems you can get almost anyone to take your pistol and chop it, burn it, or slap an optic on it and call it a day. That said there are some real stand out companies and one would be Parker Mountain Machine or PMM. 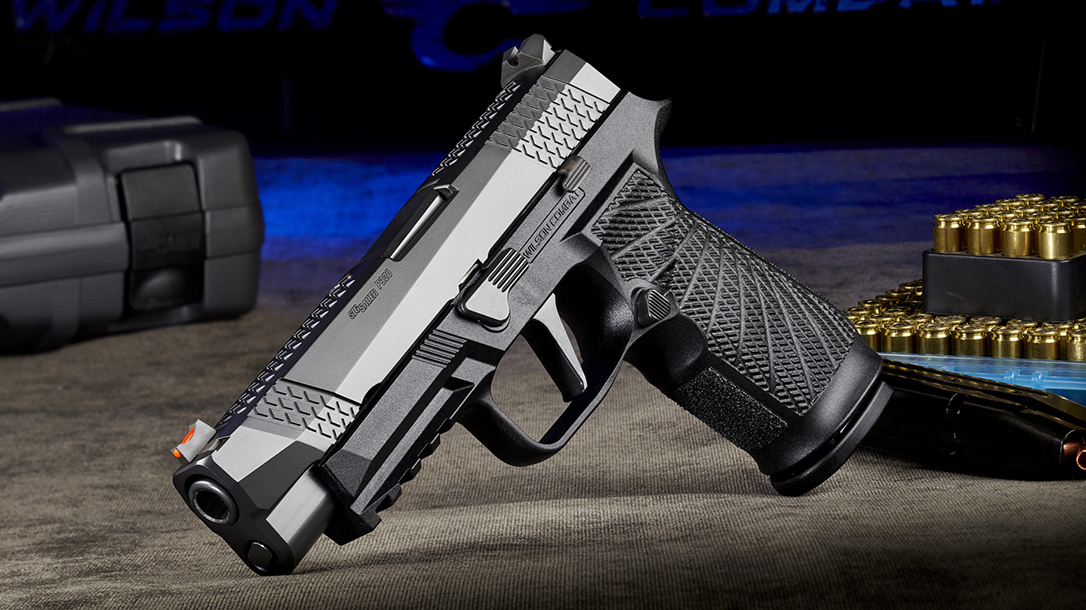 Based in New Hampshire, I came across PMM at a SIG event focused on the new P320 FCU (fire control unit). It allows users to take the P320 to new levels of customization with ease. Another purpose of the event was the introduction of the SIG Collective, which is SIG coming together with 12 reputable companies and showcasing the endless possibilities for the P320 platform; it’s all supported by SIG. It’s refreshing to see SIG embracing the aftermarket development for its popular polymer pistol.

While the choices are many, I couldn’t help but get goo-goo eyes for this PMM creation. Dubbed the P320 X-Comp Ultra, the name is as cool as the pistol itself. While making our way around the event, handling different wares, the X-Comp Ultra absolutely knocked my socks off with the first press of the the trigger; having nothing to do with the trigger itself. When I touched off the first round, the pistol failed to move off the target almost entirely. If the SIG Romeo 3 dot moved, it couldn’t have been more than an inch. I stopped, in utter disbelief.

The X-Comp Ultra features a two-port compensator along with PMM’s proprietary barrel in a P320 subcompact slide. It’s then mated to a SIG X-Series TXG (tungsten) grip module. PMM cut the slide so that the finished length of the barrel and comp fit flush with the end of the dust cover; it makes for a nice, clean look.

While it’s tricked out for a racier feel, it functions with several brands of standard 115 gr. ammunition, so you don’t need to load hot ammo for function. How much did I love it? Well, mine should be inbound soon. PMM does work on many popular polymer freedom-spitters. Check them out at ParkerMountainMachine.com.