"Your preparation should start by getting a firearm that you can shoot accurately with just one hand."

0
SHARES
973
VIEWS
Share on FacebookShare on Twitter
One-handed shooting may be the most necessary skill no one really teaches or practices. Trainers will have you shoot from a fixed stance, making it easier for you to actually get hits and feel good about your abilities. You’ll hear war stories about those who finished the fight after getting shot but never had to shoot with just one hand ever again. It’s possible you’ll be wounded, but that isn’t the only reason to train in one-handed shooting. The real world isn’t a shoothouse. 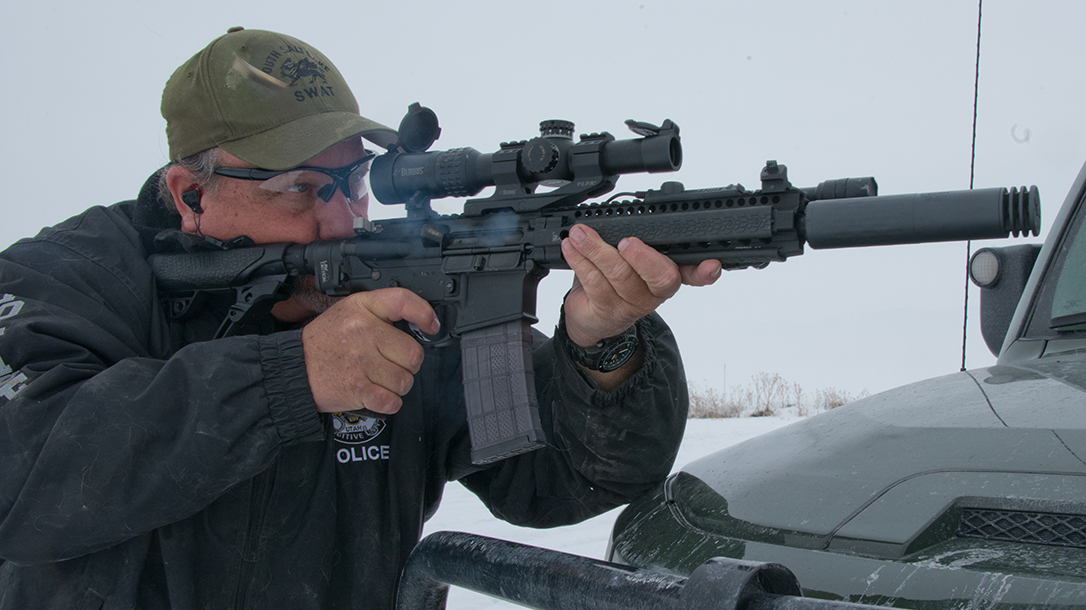 Shoothouses and simulators are great, but too often they are nothing more than houses or trails where you shoot stuff. “Slicing the pie,” moving through rooms, and walking the trail are great fun, but there is always something to shoot. An occasional “no-shoot” object will appear, but your solution is always your gun. Find the problem, take your best stance, and fire away, right?

The same goes with most force-on-force training; you either shoot or get shot. It’s valuable training, but you are told to fight your way out. Whether you’re in a restaurant, shopping mall, or public, you should avoid confrontation and protect yourself and loved ones by bunkering or exiting. Trust me, hunting bad guys is problematic. It seldom works out as planned, and you can end up dead doing it. Moving to the exit or safe spot while being prepared to defend yourself and doing everything you can to avoid the fight is the ticket.

Self-defense situations have real-world obstacles. People, chairs, tables, and lots of other things will be in the way that you must go around, over and through. Doors need to be opened or closed, and items need to be pushed aside when you’re making your way to the exit. Your family will need to be contained, and you may have to carry small children. Hopefully, you can keep your firearm holstered or rifle slung. But you most likely won’t be able to, so one hand will be occupied. You must clear clothing and draw with just one hand, and possibly re-holster your gun similarly. You might have to grab someone by their hand or shirt or push people out of the way. Just think about it. You might have to cover an exit while holding open a door.

Restaurant kitchens have those hanging plastic curtains that you might have to walk through and cannot see beyond. You will absolutely run into obstacles in such a crisis, and your balance won’t be perfect. You and everyone else in the area will be moving. The threat may be hunting you.

As you can see, everything in the real world conspires to prevent you from obtaining a perfect two-handed grip, stance, and sight picture. So, you should practice being able to shoot from less-than-ideal positions with just one hand rather than praying for divine intervention or expecting to “rise to the occasion.” In more than three decades of experience, I’ve found the former is out of your hands, and the latter is pure fantasy.

Your preparation should start by getting a firearm that you can shoot accurately with just one hand. It doesn’t matter whether you use a revolver, a semi-auto handgun, a rifle, or even a shotgun—it must work under the least favorable conditions; like when you’re off balance, on the move, can’t get a great stance, etc. You could be seated, on one knee, on the ground behind cover, or walking backward protecting your family.

Real fights are messy, and itty bitty guns may not work. This is why people are turning to pistols equipped with reflective sights. Six-pound rifles with tons of useless crap are worthless if you can’t hold them up with one hand. Ultra-light ARs, whether they’re pistols or SBRs, also shine here. Keep your gun light so you can carry and use it with just one hand, but not so small that it won’t get the job done in the worst possible conditions. 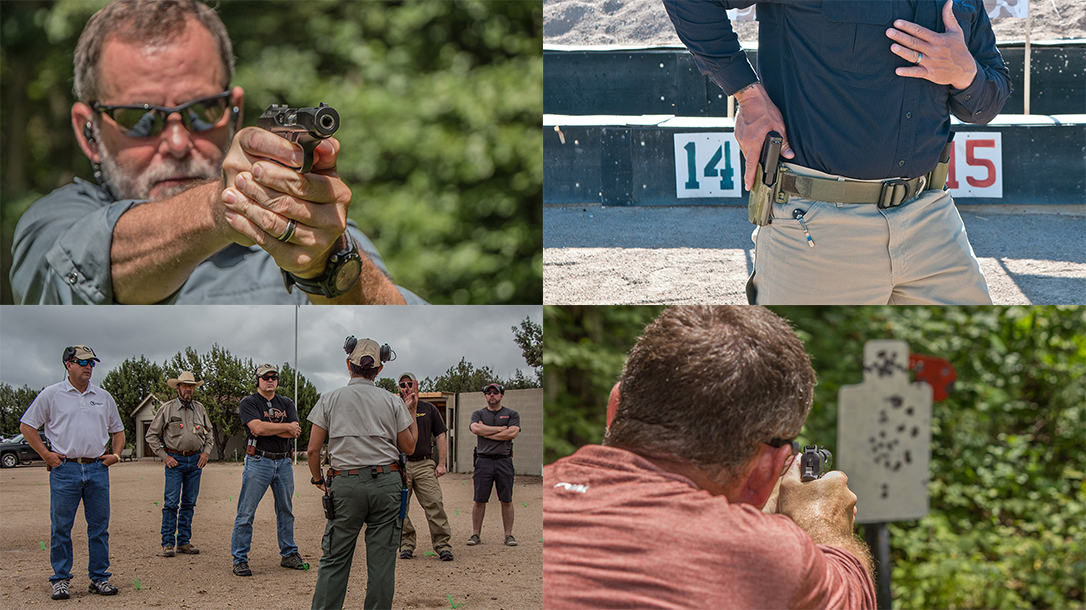 Remember to carry your handguns loaded. Unloaded handguns are expensive impact tools, and lousy ones at that. If you want an impact tool, carry a sledgehammer, not a firearm. Too frightened to carry a loaded pistol? Don’t carry it. If you must carry off-body, use a safety or a revolver, but carry it loaded. Placating those afraid of loaded pistols may be politically correct, but it’s dangerous on so many levels.

And yes, I get it, “super high-speed” tactical types from foreign lands do it all the time. Sorry, but that’s probably not you, and I live in America. You should carry a firearm loaded and concealed where legally possible. Afraid? Learn not to be—that’s what training is for.

What You Need to Practice One-Handed Shooting

To become accurate with one hand, you need to work on presentations from concealment, aiming, trigger manipulation, and getting hits. Single-handed stoppage and reload drills are great, but you’ll have both hands for that, so keep it to a minimum. After you get things down from a static standing position, it’s time to start moving. Shoot from a seated position, on one knee, and around, through, and over obstacles. Make sure that your gun works with your carry ammo in these conditions, and that you can keep the gun running.

Grab a pillow, a basketball, or something similar, and carry it in your support hand while you’re shooting. Load up a suitcase with something heavy and drag it around while you shoot to simulate holding a hand or dragging someone. Then kneel over the pillow or suitcase and shoot as if you’re holding someone down. It might be someone that’s injured or scared, and you need to push them down to keep them out of the line of fire. Set up steel targets and push the object with one hand while shooting, as if to move someone out of the way.

Practice presenting your pistol from a seated position, like on a bench or chair, without covering yourself or others. Do it slowly, quietly, and covertly—it’s not about speed. Quick Draw McGraw is a cartoon character; you want a surprise on your side. Practice “dry” or with a blue gun, then live. Bring out a table and start behind it. Push it over while staying on target with the other hand. Learn to work around it. Practice transitioning with one hand, then shooting with that same hand. Place your spare magazines so they can be reached with your strong hand. Get creative and stay safe, but figure out how to safely simulate real-world scenarios whenever possible.

One-handed shooting is far from easy. No one ever said it would be. The most useful skill is often the most difficult to learn and practice. Unfortunately, the easiest and most fun practice is often the least useful. We all like to do what’s fun, but we can’t stop there—not if lives are on the line.

The key to becoming better at fighting is practicing what you need, not just what you like. You get to choose whether to shoot or not, but you seldom get to choose when. Assume it will be the least favorable situation. One of my favorite quotes from Bruce Lee is “Use only that which works, and take it from any place you can find it.”