0
SHARES
96
VIEWS
Share on FacebookShare on Twitter
Nighthawk Custom announced its “Boardroom Series” of pistols back in 2017. Our sister site Personal Defense World had the scoop on the first pistol in the series: The Nighthawk Chairman. It was a lonely series, until the Nighthawk President came along in 2018. Both pistols, as expected, are top notch. And now, in 2020, Nighthawk filled out its “Boardroom” even more with the announcement of the all-new Nighthawk Vice President. 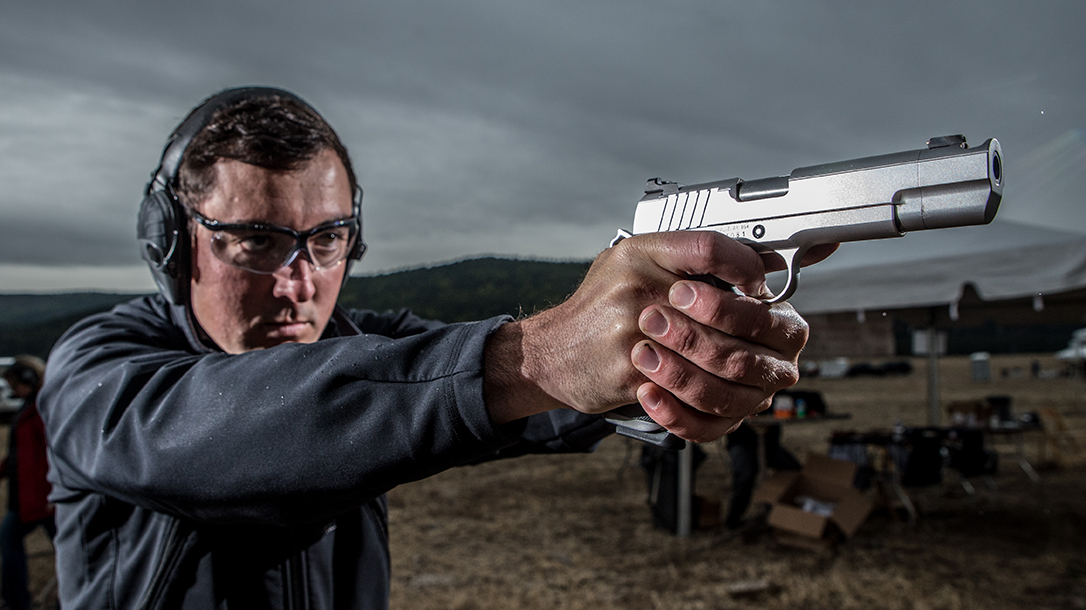 This leads us to the new Vice President, which features a commander size frame, making it more compact (relatively). It has an overall length of 7.86 inches and a barrel length of just 4.25 inches. Again, compact relative to the other two board members.

Nighthawk gave the Vice President the same titanium gold nitride barrel seen on the Chairman and President models. The Vice President also features a pair of windows on each side of the slide, as well as a single window on top; this allows the gold accents to show while also lightening the slide. The gold features round out with an 18k gold bead front sight.

Other features include front and rear cocking serrations, which offer a positive grip on either end of the slide. There are also the “V” cut serrations on the top of the slide, along with 40 LPI serrations on the rear, which reduce glare from the sun while aiming. The pistol has a one-piece magwell/MSH, 25 LPI checkering on the front strap and mainspring housing, a Heinie Ledge rear sight, and a tri-cavity trigger. Rounding out the Vice President are custom Ascend grips created in partnership with Railscales; they “provide an aggressive surface for a sure grip in any setting,” according to Nighthawk.

Another aspect that isn’t different is MSRP. The Chairman and President are both $4,199, and the Vice President is no different. For those complaining about the price, think about what you’re getting here. You can’t buy a Ferrari for the price of a Honda Civic. For more information, please visit NighthawkCustom.com.