by Mike Detty
in Guns, Handguns
0

The basic platform is a full-sized, railed, steel 1911 frame along with a full-profile slide.

Nighthawk Custom unveiled its first Agent pistol at the 2017 NRA Annual Meetings in Atlanta. A collaborative effort with Agency Arms, the new pistol possessed unique slide facets, an unconventional frontstrap treatment and a host of other features. Its futuristic looks garnered a great deal of attention, and the 50 guns made during the limited run sold out quickly. The Agent’s appeal was undeniable! 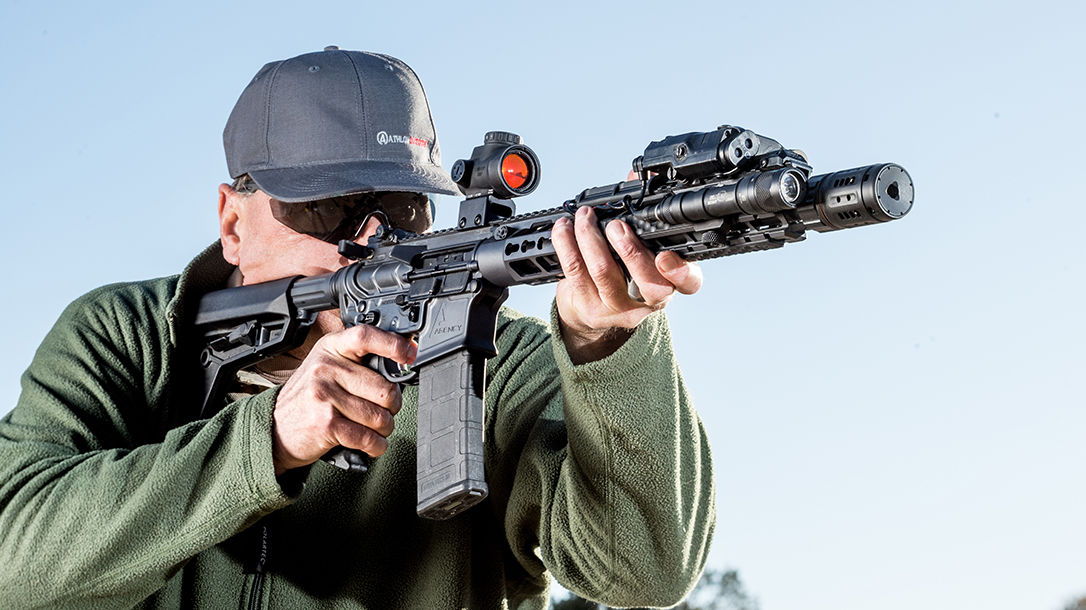 Mark Stone, the owner of Nighthawk, said, “The Agent 1 was a proof-of-concept gun. It was our goal to give the 1911 an edge and some attitude. So, when it proved to be so popular, we decided to really embrace it and make the frame and slide match on the Agent 2. The further we got into it, we said we should make this part match that part and, before we knew it, we had a completely re-stylized gun.

“Agency Arms added slide windows this time, and there’s even more aggressive Agency-style cuts,” Stone continued. “Agency added its aggressive style to the slide stop, the safety and even the magazine release. They put flats on the beavertail and mag well, and it looks amazing! Then a new bushing was made to match the lines of the slide. RailScales also said it wanted to go way more aggressive this time on the G10 grips.”

The result is the new Agent 2 pistol in 9mm and .45 ACP, offering shooters a uniquely stylized 1911 built with typical Nighthawk Custom quality. The basic platform is a full-sized, railed, steel 1911 frame along with a full-profile slide. Even after the dramatic slide and frame cuts, the gun still weighs in at a solid 40.1 ounces unloaded. It features a fiber-optic front sight and a rugged Heinie Ledge rear sight. There’s also a beavertail grip safety and a one-piece mainspring housing/magazine well that has been seamlessly blended to the frame.

Aggressively cut front and rear cocking serrations have been machined into the slide. They’re so sharp and deeply cut that the serrations are euphemistically called “DNA collectors.” Nighthawk machines all of the slides at its custom shop in Arkansas before shipping them to Agency Arms in California. To reduce the weight of the full-profile slide for reliable cycling, Agency Arms cuts windows into its flats. The slide also has a lowered and flared ejection port with a rollover flare for better reliability.

Nighthawk meticulously fits the match-grade barrel on the Agent 2 so there is complete lug engagement. Its chamber hood is fluted to give dirt and residue a place to go rather than tying up the slide, and it is flush cut at the bushing. Even the barrel bushing bears Agency Arms’ handprint, as it was designed to match the Agent 2’s lines and required designing and machining a proprietary wrench.

Nighthawk uses a frame with an undercut triggerguard in an effort to give shooters the highest hold possible. The frontstrap treatment is unlike anything I have ever seen before. There are 15 large scales to lock the shooter’s hand into position. The RailScales G10 grips are thin to reduce the gun’s girth, and the texturing on the forward edge of the grips matches the frontstrap cuts. An “Accelerator” cut forward of the slide stop gives the shooter a little bit of a ledge to index their support-hand thumb for a more consistent grip.

Both the slide stop and thumb safety are extended and feature Agency Arms’ unique stylization. The magazine release is slightly extended and possesses an oval profile that looks more like a Glock release than a 1911’s. The flat-faced trigger features a toe that helps center the pad of the trigger finger. 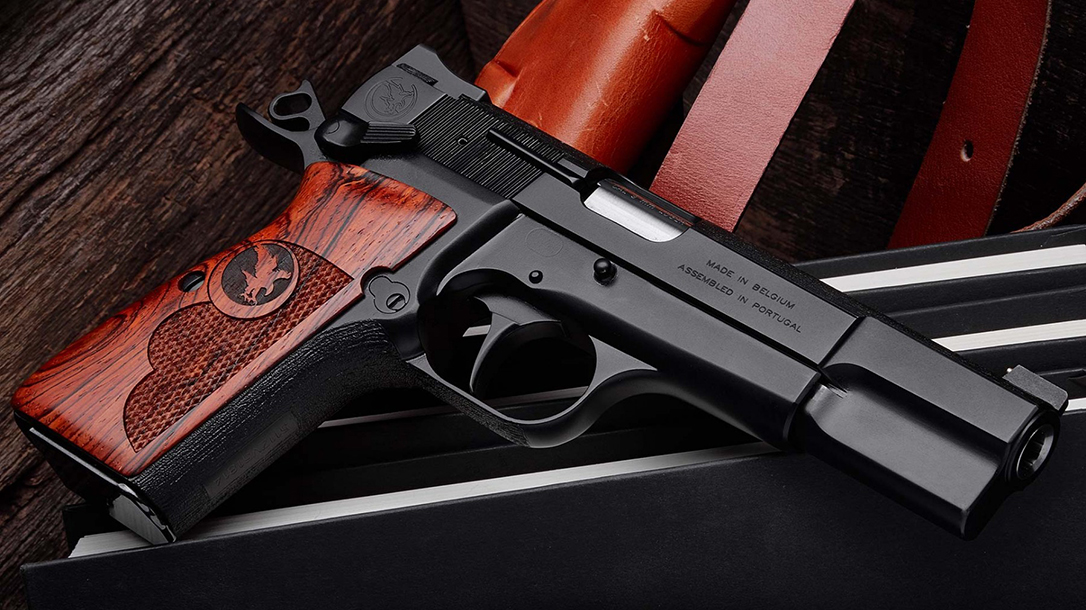 Nighthawk Hi Power: How I Scored One of the Last Iconic Pistols

While Agency Arms’ contribution to the Agent 2 project is primarily aesthetics, the Nighthawk lineage is undeniable. The frame-to-slide fit is impeccable, as are the fit of the beavertail and thumb safety, which, by the way, snicks off as crisply as the trigger breaks. Nighthawk technicians worked their magic on the Agent 2, with our test sample’s trigger breaking crisply at 3.75 pounds with nearly zero overtravel. The reset was also positive, which makes shooting the Agent 2 rapidly an easy matter.

To test the gun’s accuracy, we set our targets out at 25 yards and fired five-shot groups with four different loads. The Agent 2’s flat dust-cover rail made the gun extremely steady on our Millett BenchMaster rest, and it was an easy matter to keep the sights aligned while adding pressure to the trigger’s flat face.

Shooting the Agent 2 was a blast! There wasn’t much recoil at all because this is a 9mm 1911 with a steel frame. The sight barely came off target when shooting from the bench, and double-taps on steel produced splits, or time between shots, as low as 0.17 seconds.

Using the pistol in one of Gunsite’s shoothouses, we found that the low ambient light was enough to make the red fiber-optic front sight glow so it would stand out on presentation.

Firing fast controlled pairs, it was easy to keep the sights on target between the shots, especially at the relatively close ranges encountered in the shoothouse. The gun would probably function just fine without the slide lightening cuts, but it would also probably feel somewhat sluggish. In fact, the slide velocity seemed perfect—not too snappy and definitely not too slow.

The Nighthawk Agent 2 is truly a gun that is as fast and accurate as the shooter, and I’m certain there are quite a few people who can wring even better results out of the gun!

Unlike the first Agent offering from Nighthawk Custom, the Agent 2 is not a limited-production gun. It will remain in the Nighthawk catalog as long as there is a demand. Priced at $4,495, it’s not a gun built for the masses. But if you’re a discriminating aficionado who values functional art, laser-like accuracy and flawless reliability, the Agent 2 might just be your gun.

For more information on the Nighthawk Agent 2, please visit NighthawkCustom.com.