In my mind, New Orleans will forever be defined by one event. Many years ago, when I was in med school, we didn’t have two dimes to rub together, but I somehow loaded my wife and three children onto an Amtrak train for a long weekend in New Orleans. That was before Hurricane Katrina visited the area with her uniquely effective form of urban renewal. The trip was to be wholesome and fun with obligatory stops at the National WWII Museum and the zoo along with exotic cuisine courtesy of the French Quarter. 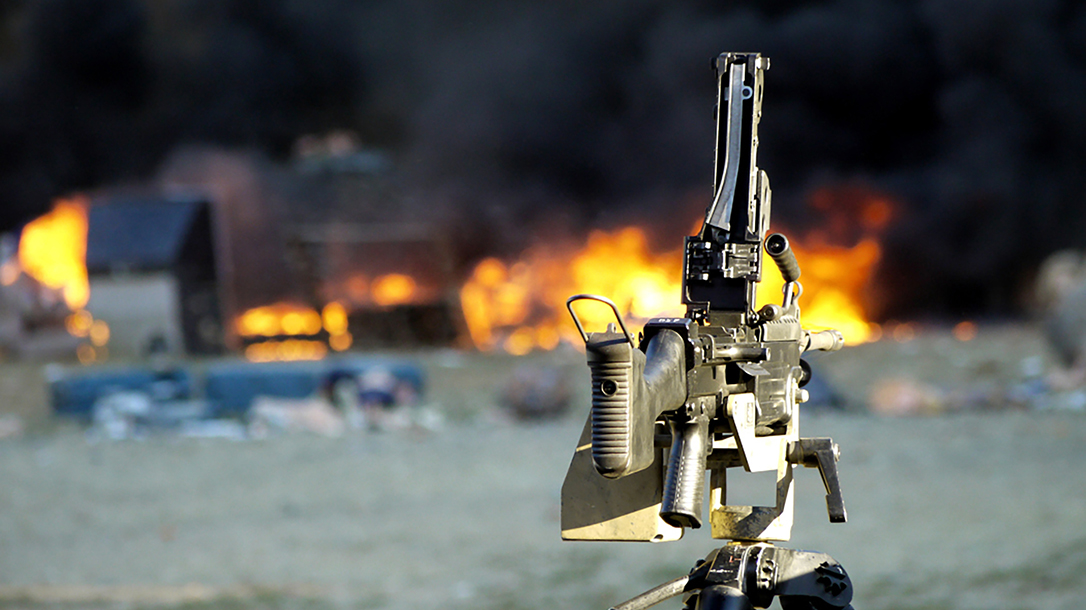 It was August, so temperatures were in the triple digits, and the humidity was such that you could tear off a piece of air and gnaw on it. The train trip was a hoot, but the station was several blocks from our inexpensive hotel. You’ll recall that we were broke. I couldn’t afford cab fare.

Alas, we were young, fit and terminally naive, so we struck off for exotic parts unknown. New Orleans is actually below sea level in the middle of a swamp. That awkward architectural faux pas is what made Katrina such a caustic lass and tends to float the dead from their graves thereabouts with unsettling regularity.

Imagine if you took the Dead Sea, populated it with Bacchanalian pagans and sprinkled a little voodoo over the top for flavor. Surround it with enormous carnivorous lizards and Southerners who sort of speak a foreign language, and you have a unique recipe for fun, food and frivolity on an epic scale. It was into that storied locale that my son, now grown, and I recently trekked.

The dicta by which the human male is inexorably drawn to sophomoric pursuits are well known to the fairer sex. Women will prattle on, sometimes for ages, about how guys adamantly refuse to mature with dignity. In that vein, the good folks at Gators and Guns have brilliantly melded the timeless manly appeal of automatic weapons with the allure of giant lizards that are big enough to eat you. If you find yourself around the Big Easy, this is the place to start.

Your day begins around 9:30 a.m. as Jimmy, a Navy veteran and lifelong Louisiana resident, picks you up at your hotel. Jimmy is engaging and friendly while serving as a fount of knowledge about the pervasive quirkiness that is New Orleans.

The first stop is the Jefferson Indoor Range, which is a state-of-the-art gun store and shooting facility. The front portion of the store offers about a zillion disparate weapons ranging from .22 LR plinking pistols to a semi-auto FN M249 SAW. Its old-gun section has plenty to drool over, and the new sort includes everything. The staff is engaging, approachable, experienced and fun.

The truly happy place is the full-auto vault. That’s where you pick your poison for the rock-and-roll portion of your day. Old guns included an M3A1 Grease Gun, as well as M1928 and M1A1 Thompsons. Modern offerings encompassed the HK UMP, G36 and MP5s of several flavors. In between, we found pedestrian shooters such as the Uzi along with not-so-common iron such as the Steyr MPi 69 and Czech Skorpion vz. 61. A pair of FN FALs and a Yugo RPK round out the heavy weapons.

After you’ve knocked out the obligatory paperwork and safety briefing, the range staff walk you through weapons handling. You then proceed to turn ammo into noise. The Jefferson Indoor Range has only been open about two years, and everything sparkles. Limitations of our language preclude my adequately describing how much fun my son and I had running exotic weapons like the select-fire Glock 18, KRISS Vector and AK-74.

The KRISS is a .45 ACP submachine gun that places the line of recoil beneath the force vector from your shoulder and runs really fast. Three-round bursts are the norm, and they spew forth like an abbreviated burp. Muzzle rise is trivial because of the innovative design. 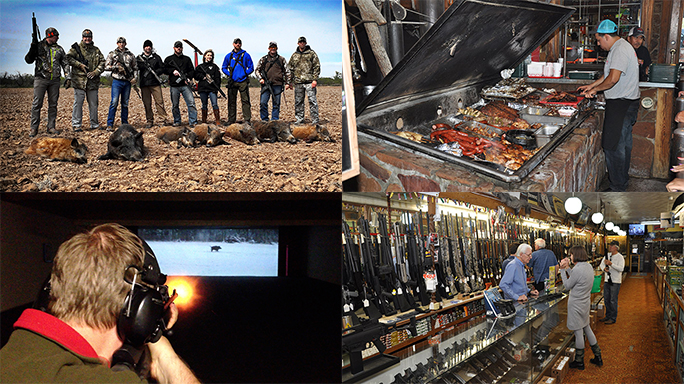 I had never run a Czech Skorpion and was unexpectedly enamored with the piece. On the same scale as a .380 ACP MAC-11, the Skorpion vz. 61 would make a superb close-quarters weapon. Its .32 ACP chambering produces negligible recoil, and a mechanical rate reducer in the butt keeps the gun sedate and controllable. I became terribly desirous of one.

The range facility is just about as eclectic as New Orleans. For example, there’s a resplendent wedding dress prominently displayed in the briefing area. When I inquired about its purpose, I was told the range was a popular stop for bachelor parties. Apparently forcing a hirsute husband-to-be to squirt off a few magazines while modeling a wedding dress makes for reliable YouTube gold. After sating our firearms addiction, we retired to the swamp.

Our guide’s name was Allen, and he was quite a piece of work. He sported that odd pseudo-French Cajun accent along with an amply scarred left hand. Several years ago, an alligator leapt out of the water and grabbed his mitt in the midst of a tour. He missed three months of work while it healed. This guy knows gators in an unusually intimate way.

How many alligators did we see? I don’t know. I lost track. More than 100 would be my guess. There’s clearly no shortage. The Louisiana swamp is a surreal place brimming with wildlife and copiously adorned in classic cypress and Spanish moss. Allen’s airboat took us everywhere comfortably and with ease.

And did you know that gators like marshmallows? After we parked ourselves in a quiet corner of the swamp, a 7-footer slithered up to the boat ready for a snack. A marshmallow on a stick brought the thing out of the water with extraordinary vigor. I got close enough to examine his dentition in remarkable detail.

Coincidentally, we found ourselves in New Orleans for the first day of Mardi Gras. Therefore, after our range and swamp exploits, camera in hand, I struck out with my son to sample the indisputably bizarre behavior that defines the typical New Orleans Mardi Gras parade.

They say this first parade is the raunchiest, and on behalf of the human species, I am pleased to say that this is the case. The participants were the image of strange. The floats seemed to celebrate their originators’ insensate hatred of President Trump, a cornucopia of remarkably creative sex acts or some eclectic combination of both themes. My son astutely observed that he would be more inclined to respect the political views on display if the participants weren’t walking around with gigantic penises on their heads.

As you might imagine, people watching was half the fun. We entertained ourselves throughout the event with speculation about what each of the participants might do for a day job. Everybody should try it.

Then we made it to the world-class National WWII Museum, which should be a stop for any history buff. There were plenty of vintage weapons on display along with countless personal anecdotes from those of the Greatest Generation who rescued the planet from tyranny. Indoor displays include a GI’s shaving kit up to an intact B-17 bomber with everything in between. I could have spent a week there.

Alas, we finally put the Big Easy to our stern and returned to the real world with fond memories of machine guns, mammoth crocodilians, superb vittles, reveling pagans and ample martial history duly cataloged. My son and I had a great time together sampling the unvarnished weirdness that is New Orleans. Gators and Guns did it up right.

This article is from the fall 2017 issue of Ballistic Magazine. For subscriptions or individual copies, please visit OutdoorGroupStore.com.