by Ballistic Staff
in Guns
0

SHOT Show 2022 turned out to be an event quite unlike any other. With attendance numbers remaining incredibly low due to coronavirus scares, the isles flowed and you could actually get some face time with the company reps that happened to show. Along the way, we stumbled across a bunch of new guns and gear, and we will be covering it all in short order. But first, we take a look a five of the best new guns from SHOT Show 2022. 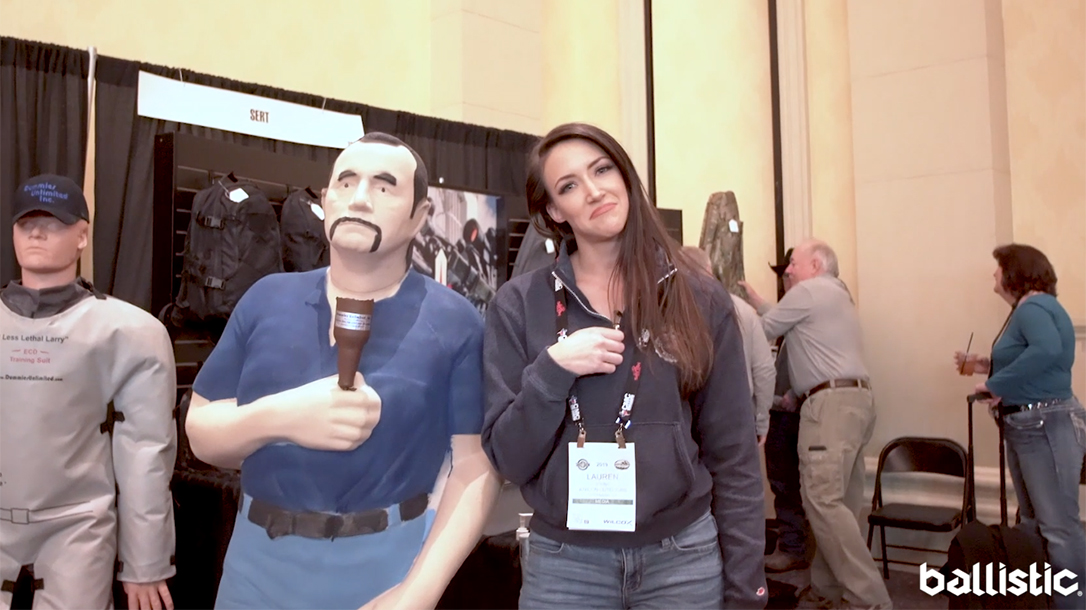 Of course, the message from many companies remained that 2022 would be focused on catching up. In fact, many companies failed to introduce many new products, acknowledging they still needed to actually bring to market guns introduced up to two years prior.

Shipping and supply chains remain problems for all manufacturers. But from new carry guns, to turkey to shotguns, to an awesome-looking plinker for kids, we found some really cool new gear on the SHOT Show floor this year.

Veteran and LE-veteran owned and operated, Live Free Armory looks poised to make a big move. The company boasts making OEM parts for more than 100 well-known firearm companies. And now they’ve potentially struck gold of their own with the aluminum-framed, Glock-style pistols that incorporate a SIG-esque fire control unit.

We got an up close look at the new AMP, by chance, walking the floor at SHOT between meetings. This G19-sized semi-auto seriously impressed. AMP stands for Aluminum Match-Grade pistol, but the “M” could easily mean “Modular” as well. The pistol utilizes a CNC-machined fire control unit within an aluminum, milled frame. A 1911-style grip angle rounds out a package that feature most internals maintaining Glock compatibility. Yes, you heard that correctly. And yes, we’re already asking when LFA might sell the frames on their own, so we can build our ultimate Glocks at home. (livefreearmory.com)

So if you’ve ever trained one of your own kids or a youth shooter, you know very few rifles ever fit their small stature. Even the ubiquitous AR-15 with .22 conversions, a telescoping stock all the way down can still prove too long in length-of-pull. But the Wee 1 Tactical JR-15 seems to fill a very real need.

Billed as 20-percent scaled down, the JR-15 gives younger shooters a firearm they can actually handle. The JR-15 delivers all the look and feel of an authentic AR-15. From operation to controls, it teaches all the right manual of arms. Chambered in .22 LR, the JR-15 weight in at approximately 2 pounds. Meanwhile, the collapsible stock gets down to 27 7/8 inches and extends to 30 7/8 inches. (wee1tactical.com)

We already did a post when Mossberg announced the launch of its latest turkey gun. But at SHOT Show we got the chance to actually pick up the new semi-auto 940 Pro Turkey. This bad boy impressed, with its new camo print and compact, lightweight package. The 18 1/2-inch model, our choice, would easily serve double-duty as a hunting and home defense gun.

There’s no real groundbreaking tech or anything here. But the 940 Pro comprises Mossberg’s maturation of its semi-auto shotgun line. And the company does a tremendous job staying current in contemporary turkey hunter wants and trends. This one is on point–trust us, in any light, this is one really cool turkey blaster. (mossberg.com)

Speaking of hunting, here’s one sure to catch the eye of some. If you wanted to go all-in on one rifle, one that could accomplish every task, from long-range competition to bean field tag puncher, this one is it. The Bergara Premier Series MgLite comes correct, weighing in at just 6.7-6.8 pounds. But aside from weight, this bad boy gives up nothing.

It uses AICS-style detachable magazines and features a No. 6 CURE carbon-fiber barrel. It all sits within an ultra-lightweight XLR Element magnesium chassis. It packs more high-end precision gun features, along with choice in 6.5 CM, 6.5 PRC, .308 Win. or .300 Win. Mag. Shoot a match and win. Draw the tag of a lifetime and fill it. The MGLite can do it all. (bergara.com)

Finally, we end on the Lamborghini of the bunch. Well past amazing, while bordering on the absurd, the Cabot Guns Moonshot 1911 is, pardon the obvious, out of this world. We’ve seen Cabot do this before with its insanely popular Big Bang guns. This time Cabot built a 1911 encrusted with actual lunar meteorite. That’s right, this pistol features tiny fragments of the freakin’ moon.

From a Neil Armstrong-like flag planting to incredibly detailed engraving and design, the Moonshot somehow ups the ante over Cabot’s previous work. But know this, the sale is pending at an asking price of $250K. But every gun nerd should go to the site and check it out. (cabotguns.com)