by Matthew Hogan
in Culture, Lifestyle
0 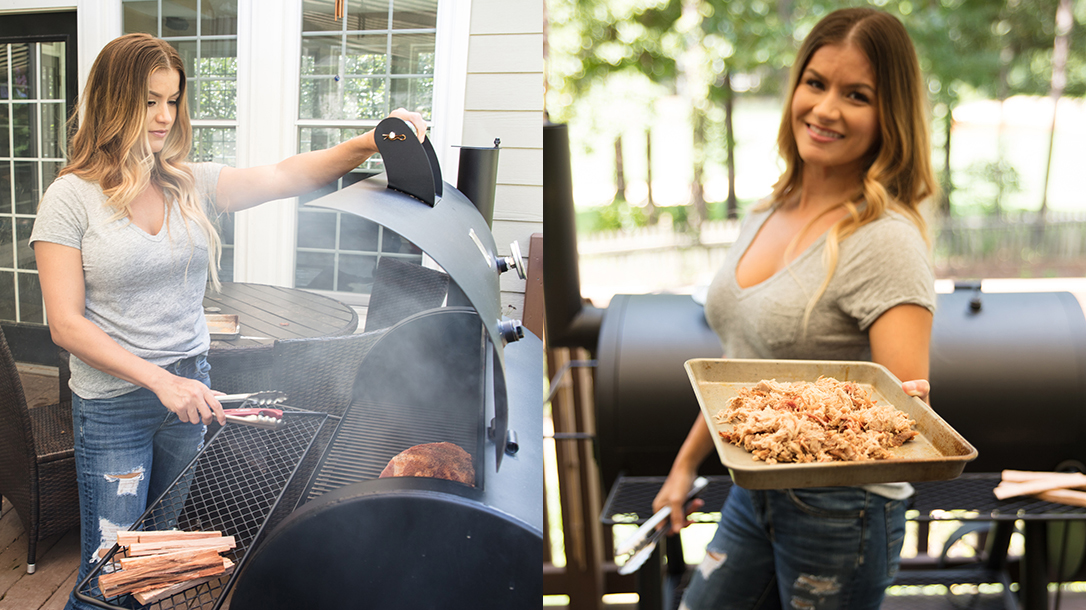 What Is Mountain Primal Meat Co?

You might be surprised at the myriad of meat delivery services available. It’s a laundry list and I’ve sampled some in the past that have been hit or miss — most are misses. But somehow one of Mountain Primal’s steaks landed on my Instagram feed and immediately caught my attention. This led me to the Mountain Primal Instagram page, which is #MeatPorn in its highest form. So I reached out for some high-grade meat.

Found at the base of the Crown Mountain near Basalt, Colo., the company ships thousands of pounds of prime meat across the U.S. each year. It uses specialized cold-storage packaging to get the meat safely to the awaiting grill master.

Mountain Primal specializes in American Highland beef and American Berkshire pork. That might not mean a whole lot to most of you, so take it from the ranchers themselves: “The American Highlander has a modern beef carcass that yields lean yet well-marbled meat, ensuring tenderness and succulence with a distinctive flavor. Highland beef is healthy and nutritious with lower levels of fat and cholesterol and higher levels of protein and iron than commercial beef.

“Berkshire Pork is redder than commercial pork, sweeter, and laced with intramuscular fat. Modern lean hogs have been bred to have very little fat and taste which is why pork is more akin to chicken these days. Berkshire Pork is simply the best pork money can buy!”

We don’t expect you to take them at their word — that’s where we come in.

We received our order from Mountain Primal in mid-February, maybe one week after ordering. However, we didn’t get a chance to grill until the first weekend of April thanks to a lingering winter in the Northeast. When we finally got to it, we had all of the following at our disposal: one package of breakfast sausage, one package of jalapeño cheese bratwurst, four pork chops, and one top sirloin.

For cooking, we grilled everything over wood charcoal on a Vision Kamado Grill. As for rubs, spices, and sauces, everyone is different. Personally, I like to let the meat do the talking the first time around, so we didn’t go overboard. We used a small dash of seasoning from the good people over at Meat Church BBQ. Aside from that, the meat was “naked.”

We started with the breakfast sausage and jalapeño cheese bratwurst as an appetizer of sorts. We’re sure there are a few of you whining, “But breakfast sausage for dinner?” Yes, we’re adults and we’ll eat what we want when we want.

Both had a perfect char on the outside while retaining an absurd amount of flavor on in the inside. But the jalapeño cheese bratwurst was everyone’s favorite. It was a wild mix of flavors that came together perfectly.

After that we threw the four pork chops and sirloin on the grill. We grilled the pork chops hot and fast. The grill was at more than 500-degrees when the pork and steak hit. We didn’t document the exact temperature because a mountain lion snuck in the yard and distracted us while we were grilling and, uh … yeah, that’s a lie. We forgot to document the temperature because we were more focused on our beers — it happens.

Five minutes on each side did the trick for the pork. I wouldn’t suggest more than that because you don’t want to dry them out. The Honey Hog seasoning from Meat Church BBQ was perfect for the chops, but they honestly would’ve been fine without anything at all; it’s the dealer’s choice. Again, like the sausage and brats, the pork had plenty of flavor on the inside.

The steak saw about 14 minutes on the grill total. It was a thick cut, so we put it on there for about seven minutes per side. The result was a nice medium, almost medium rare. You’re welcome to leave it on the grill longer if you’re more of a well done-type person. If you are one of those people, please also leave your name and address in the comment section so we can report you to the proper authorities.

Kidding aside, the steak was fantastic. It was tender and flavorful like everything else that preceded it. Next time might call for some pan-searing with butter and herbs, but the wood charcoal perfectly gave off the flavor we all wanted. Again, like the pork chop, the steak would’ve been just fine without any seasoning at all, which is the mark of a good cut. Maybe add some salt and pepper and then call it a day.

There’s definitely some innuendo here about not being able to beat Mountain Primal’s meat, but we’re not children so we won’t finish that innuendo … though it looks as if we already did. Sue us. We don’t want to bash other meat delivery companies or meat subscription services. Instead, we’ll sing some praise for Mountain Primal Meat Co. Overall, it’s the best we’ve had via delivery. Period.

Surprisingly, the bratwurst ended up being everyone’s favorite. That’s not a knock on the rest of the meat, as the sirloin was probably the best steak we’ve cooked on that grill, but the flavor on the brat was absolutely unmatched.

Mountain Primal features a wild amount of offerings. We’ve already started prepping our next order list; the porterhouse and point brisket are near the top of said list. Our first experience with Mountain Primal lived up to the hype we built up in our brains. We suggest trying it out for yourself. For even more info, please visit MountainPrimal.com.