Hunting doesn’t have to be expensive. Sure, ultra-high-tech equipment is fun to have. However, the core of the sport will always be the adventure of chasing game. Mossberg gets this and has been creating affordable hunting gear since the very start. This eventually brings us to the Mossberg 930 Slugster shotgun and Patriot Predator rifle. 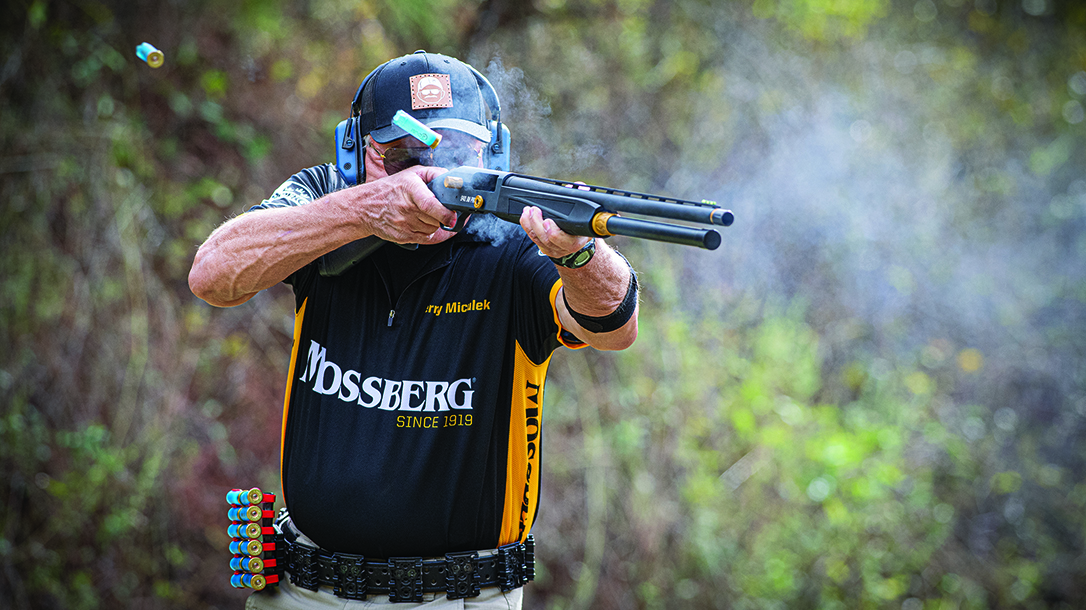 The funny thing about being in business for over 100 years, eventually your reputation for quality spreads. Before you know it, you’re building feature-rich firearms for the same price point your clients have grown to love. Mossberg’s reputation is so well regarded that I had no reservations of hopping on a plane to Canada for what was to be the hunt of a lifetime.

Unfortunately, the Canadian government had other plans during the fall of 2020. They shut down their borders, forcing the hunt to be canceled, or at least postponed until further notice. While bummed out, I was still sitting on some pretty nifty guns from our friends at Mossberg. I decided that, if nothing else, I had some amazing whitetail slayers at my disposal. Meanwhile, I could make use of them right in my backyard of Long Island, N.Y.

The guns in question were the semi-automatic 12-gauge Mossberg 930 Slugster shotgun and the new Patriot Predator .308 Win. bolt-action rifle. Both guns were built to put meat on the table for a price that makes hunting nearly pay for itself. So in traditional gun writer fashion, I turned my attention from writing about the hunt to evaluating both firearms and setting them up for some local adventure.

Each firearm came with provisions to mount an optic, so my work started with getting them range ready. Luckily, a crate of gear from Axeon showed up right around this time frame. Among other products were a 4-16x Dog Soldier scope and an MDSR1 Red Dot.

The red-dot was a natural fit for the shotgun. I slapped that on in about 10 seconds via the pre-mounted cantilever rail. Red-dots do so well on shotguns because they offer nearly unlimited eye relief; this reduces the chance of getting scoped when you pull the trigger. The only thing that should ever shed blood in the woods is the game that you pursue. Also, a nice bright dot works wonders against a dimly lit backdrop and is lightning fast to the eye for close-range engagements; these are both typical when hunting early morning deer.

As I mounted the optic, I gave the Slugster a thorough once over to garner an appreciation for some of the key attributes. The Slugster got its name because it was built specifically for shooting slugs, and since the barrel is fully rifled, sabot (pronounced “say-bow”) slugs at that.

If you aren’t familiar with the design, consider sabot slugs to be the fixed-mag AR-15 of the shotgun world. With a sabot slug, you can expect realistic accuracy out to and even beyond 200 yards, with a high-velocity projectile that better resembles a rifle bullet than a shotgun slug. In other words, they turn your shotgun into a rifle. They also skirt the “shotgun only” restriction that you find in many parts of the country. This is a great feature. Why? Because it extends the comfort zone of taking a shot and the likelihood of leaving the woods with dinner.

Aside from being built for accuracy, I also liked that the 930 retained the typical Mossberg safety right up on the tang. If you are coming onto one of these from a 500, you are going to retain that critical muscle memory when it comes time to get it off in a hurry. The Slugster is also finished with connectivity for a two-point sling and thick rubber recoil pad to soak up the kick that is associated with shorter-barreled shotguns.

On range day, I dragged out a variety of slugs from both Hornady and Winchester. I wanted to see which ones would give me the best accuracy. I also wanted to test the gas system’s reliability across an array of different loads. When I’m afield, I don’t usually shoot much past 50 yards, so I decided to test at that distance. Every deer that I’ve ever taken with a shotgun has been far inside of that distance, so much so sometimes I wish these things came with bayonets!

As I fired five five-round groups with each type of ammunition, I was impressed by how soft the Mossberg 930 Slugster was to fire. Not only was it gentle on my shoulder, but the shape and balance drastically reduced muzzle flip; this allowed me to spot these close-range impacts. This is a big deal in the woods because you need to be able to instantly see if you struck the animal or if you need a follow-up shot.

Overall accuracy was also impressive, on par with many hunting rifles. I would have no qualms about taking a 150-yard shot should I be in the woods and something pops up across a field. Hornady’s American Whitetail produced our best groups. However, Winchester’s Deer Season XP wasn’t too far behind. It also features an all-copper bullet in case your state requires that.

Satisfied with the shotguns accuracy test and a 100 percent reliability test, I stowed it away and moved on to the rifle.

Although my backyard is limited to shotgun use, it’s just a few hours north to the Catskill Mountains, and taking a 400-yard shot is not uncommon. For this reason, I am always interested in the newest hunting rifle on the market, especially when it is built to retain an affordable price tag.

Mossberg designed the Patriot line specifically for hunters who are on a budget but still want the most popular features at their disposal. The Predator series takes this line to the next level; it adds features like a threaded muzzle and full-length Picatinny rail. When I mounted the Axeon Dog Soldier 4-16x scope I utilized this to place the optic exactly where I wanted it to provide proper eye relief, allowing for proper cheek placement and satisfactory comfort in any shooting position.

From that same bench, I turned my attention to the 100-yard targets that I placed earlier. Then I started filling the five-round detachable magazine. Although undergoing a “tactical reload” in the woods is highly unlikely, this is a feature that I like to see in all hunting rifles. Detachable magazines make it that much faster to unload when crossing a fence or loading up once you finally get settled in your tree stand.

After seating the mag and chambering a round, I started my series of five-shot group testing. As .308 is one of the most common cartridges in America, we had no problem rounding up close to a dozen different types of ammunition to run through it. While we found many good contenders, offerings from Hornady and Federal gave me the results that I’m looking for in a medium-range hunting rifle as these bullets are also designed for the outer limits of ethical harvests.

During this endurance-based ammunition test, I gained an appreciation for the fluted barrel, as it kept the rifle cool enough to continue shooting without a point of impact shift. At this time, I also appreciated the ultra-thick rubber recoil pad that kept the session comfortable, even without a brake installed.

Feeding and ejection were exceptionally smooth, and I found the fire-control system to be very intuitive. The use of a push-to-fire safety is in line with nearly every other American rifle, and the adjustable LBA trigger broke cleanly and exceptionally light at a measured 1 pound, 15 ounces.

I found the Patriot Predator to have a surprising amount of features for a sub-$500 rifle, especially in regards to the barrel. I’m digging the fact that a free-floating design has become more of a standard and less of a special feature. This is important on all guns, but if you plan on shooting off of a sling or resting on a shooting stick this feature staves off a point of impact change. I also liked that the production budget still included fluting; it shaves quite a bit of weight off while enhancing balance and heat dissipation.

The addition of threading was also a nice touch. Suppressors are becoming more readily accepted in the field. Tons of affordable cans have hit the market in the last decade.

Before leaving the range, I finalized a zero on both the shotgun and the rifle. Then I jammed each into a stylish and effective case from Allen, further rounding out my budget hunting motif. As I zipped each closed, I realized that for less than $1,500 (street price) I had two excellent hunting firearms; all that, complete with glass, and I was set to take deer in two different locations this fall and winter.

Looking in my safe, I have many firearms that cost more than this before I even add scope bases. The bottom line is that these Mossbergs are every bit as capable as their high-dollar counterparts and will not be the deciding factor between leaving the woods successful or not. So if you are interested in never worrying about a “meat shortage” again, give Mossberg a try … and save your cash for tags and airfare. For even more info, please visit Mossberg.com.