by Mark Linderman
in Lifestyle, Survival
0

Faith-based preparedness is a major component of many denominations in our nation today. Among the most prominent are the Billy Graham Evangelistic Association (BGEA) and the United Methodist Committee on Relief (UMCOR), both of which have responded to countless domestic and foreign disasters for over 70 years with budgets ranging into the hundreds of millions of dollars. But there is one religion in particular that many connect to faith-based preparedness: the Mormons. Survival preparedness is a hallmark of the Mormon Church. 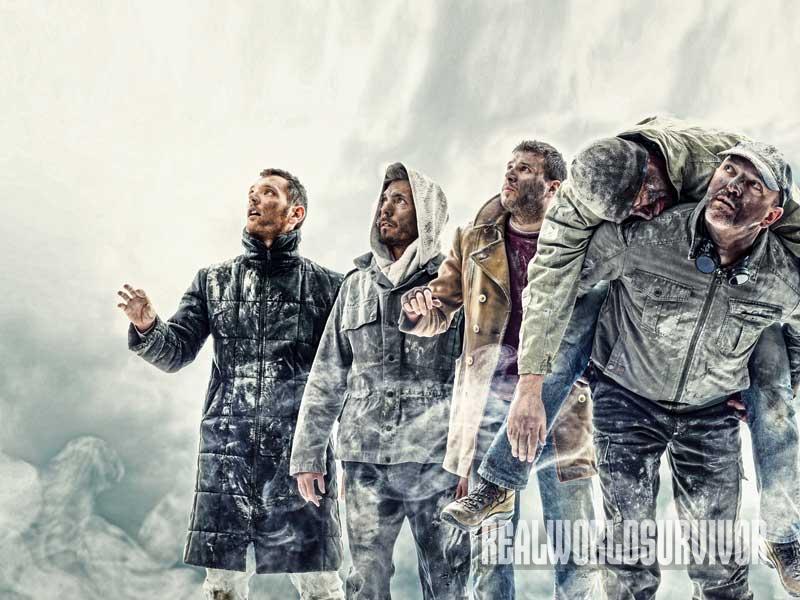 Members of the Mormon Church receive counseling on adversity preparedness for many years. Preparation, according to the late Mormon Elder L. Tom Perry, dispels fear in both the spiritual and temporal realms. “The need for preparation is abundantly clear. The great blessing of being prepared gives us freedom from fear.”

The teachings for disaster preparedness within the Mormon Church are highly structured. They seek to build families to an organizational level of self-reliance in times of widespread tragedy.

In his book Lights Out, 42-year veteran of ABC News Ted Koppel highlights the Mormon Church’s extraordinary achievements. “No group of comparable size comes close to matching the scale and organizational discipline of the Mormons’ efforts to prepare for whatever catastrophe may come.”

There are several practices that those entering the world of disaster prepping can learn from the Mormons. They are one of the world leaders of faith-based preparedness.

10 THE WISE PREPARE; THE FOOL GOES BLINDLY AHEAD TO SUFFER THE CONSEQUENCES

The late Mormon president Spencer W. Kimball taught that all members should “be anxiously engaged in a positive program of preparation. It is not enough to hope for the best; we must prepare for it.”

He further explained that “the Lord will not translate one’s good hopes and desires and intentions into works. Each of us must do that for himself.”

The Church prepares for emergencies by establishing/maintaining an emergency-response plan for each of its established wards, or large congregations. It is the mission of the Mormon Church that all wards should prepare for natural and man-made disasters. Their focus was on disasters that are likely to occur in their respective regions. The head bishop directs the preparations of these plans. The Head Bishop organizes a military-style chain of command. This enables him and subordinate bishops access to vast amounts of resources and skills.

Elder Perry warned congregants that “the instability in the world today makes it imperative that we take heed of the counsel and prepare for the future.”

With that warning, church members are encouraged to develop their personalized emergency plans. They are also inspired to update them regularly to support the larger mission of the Mormon Church.

9 AVOID DEBT AND DO NOT GO BEYOND FINANCIAL MEANS

The Mormon Church seeks the betterment of its members beyond just disaster preparedness. It just so happens that being financially responsible and preparedness go hand in hand with their teachings. Church leadership asks that individuals and families discipline themselves by avoiding debt and living within their means. It’s good financial strategy and serves the purpose of putting congregants in a better position to help others during times of personal or widespread crisis.

As those outside of the Mormon Church look to prepare themselves for the apocalypse, it’s more than easy to fall into the “tech trap” in which Americas purchase needless items to “feel” more prepared. Instead, preppers may have to be more frugal and save for that rainy-day fund, forgoing bug-out boats and disaster bunkers.

If there is one area in which the Mormons shine, it is their food-storage capabilities; there are plenty of books available on the subject. The late Mormon president Gordon B. Hinckley informed his membership that they “have built grain storage and storehouses and stocked them with the necessities of life in the event of a disaster.”

So important is food storage to the Mormons that the Church encourages its members worldwide to prepare a “basic supply of food and water and some money in savings.”

Church leadership, however, asks its members to have some common sense in storing up food for a potential disaster. President Hinckley continued to instruct members to “be wise and do not go to extremes. With careful planning, you can, over time, establish a home storage supply and a financial reserve.”

Mormons practice three components of food storage: a three-month and long-term supply, a suitable water supply and a financial reserve from which to purchase more resources for themselves or others. Heed the advice of the Mormon Church and practice wisdom in food gathering, storage and future dietary provisions. This will also prepare you in the event the next cyberattack takes the national grid down.

As with any effort, education is key. The Mormons believe that fueling the mind is an essential part of their disaster doctrine. In an ever-changing world, Mormons prepare for uncertainties by learning new skills and building that knowledge base as time permits. Former Mormon president Dallin H. Oaks believes that “it is necessary that you have marketable skills, so education is mandatory to personal security and well-being.”

In a cataclysmic scenario, having skills that not only aid in your own personal preparedness but also market your expertise to your community may mean the difference between your preservation or your being thrown to the zombie hordes if you can’t contribute to the camp.

Most in emergency management call the process of identifying local disaster probabilities a hazard vulnerability analysis (HVA). Mormons call it just being sensible. Identifying local and likely disasters is something that many of us do subconsciously, but American citizens should take a cue from the Mormon Church and be proactive to recognize likely disasters in their region and prepare for their survival.

As wards identify potential disasters, they begin to prioritize planning efforts and find short- and long-term solutions. These solutions may be immediate (the first 72 hours), mid-term (the first few weeks) or long-term (more than two months).

Hurricanes will more than likely not destroy Indiana, and tornadoes may never touch ground in Alaska. So it makes prudent sense to prepare for what could come down the environmental-disaster pipe. This way you don’t waste valuable finances, resources and emotional angst for the wrong disaster event.

As with any disaster-preparedness plan, gaining information is a critical component to survival. Whether it’s knowing the capabilities of your neighbors, where the closest nuclear facility is located or how to get out of your city if you need to bug out, information is always essential. The Mormon church takes this component of their own survival philosophy very seriously if they are to consider working together as a Church. Gathering critical information enhances assessment and response efforts, which is a lesson that we all can take from the Mormon disaster playbook.

As organized as the Mormons are in their efforts, they establish complex systems. These systems help members assess, respond to and report members’ safety and needs in emergency situations.

While the average American Joe may not develop massive databases to establish disaster-based continuity, the ability to gain information on the surrounding region and an assessment of needs may be worth its weight in gold when the grocery stores run dry.

Going against the grain of total self-sufficiency, it’s important to understand that we weren’t created to live in isolation. The Mormon Church knows this and capitalizes on the strengths and resources of its membership for survival. Each Church ward organizes responsibilities among their membership and designates roles for those who specialize in various skills.

Preparation is key among the wards, as pre-planning efforts will help leadership follow a system that accounts, assesses, responds and reports to the hierarchy of Church priesthood. While more formalized than most are comfortable with, accounting for our neighbors by developing close-knit relationships and depending on community strengths are a vital part of being human and planning how to survive a disaster together.

Anyone who takes disaster preparedness with any level of seriousness understands that communication is essential to gaining information. Thus, communication is a key component to the Mormon disaster philosophy, but on a level higher than most preppers experience in the United States. While many people concentrate on equipment and storage when developing their disaster survival plans, the members of the Mormon Church understand that communicating with one another not only builds their individual capabilities but also edifies the entire organization.

Church leaders maintain open lines of communication with the Mormon Church headquarters, membership and community leaders. This ensures that they can identify and plan for alternative communication methods that can be used in case the phone system, cell phone service, power grid or vehicle transportation routes are disrupted during a disaster. The takeaway for those not within the Mormon Church is that communication redundancy during a disaster not only sounds neat but ensures that American citizens have access to survival information and can reach each other when one mode of communication goes down.

The strongest aspect of the Mormon disaster philosophy is its ability to move the organization as one body. In turn, many of its wards aren’t segmented from one another but rather build upon each other’s abilities and strengths. This is rare even among U.S. state government disaster agencies, as most states work from the top down. The Mormon Church, even though it has a hierarchy, organizes much of its efforts from the bottom up, ensuring that the Church works regionally to function as one body.

1 BE STRONG AND STAND IN THE FAITH

“Therefore, let us not sleep, as others do, but let us watch and be sober” (1 Thessalonians 5:6). The essence of being prepared is not only good sense but also a command that conveys that God wants the best for his followers. And, even further, this command offers us a way to demonstrate the love that we are meant to have for one another.

At a deeper level, disasters bring us face to face with the fragility of human life. Lurking beneath our well-socialized exteriors is an intense, primitive need to protect ourselves and those around us from existential threats. One way or another, we must all contend with the fundamental tension between readiness and relinquishment: When do we accept our mortality, when do we fight against it, and when do we give it up to God’s providence? This may be the most important aspect of disaster preparedness in the eyes of the Mormon Church.

This article originally appeared in the Ballistic Magazine Feb/March 2021 issue. Subscription is available in print and digital editions at OutdoorGroupStore.com. Or call 1-800-284-5668, or email subscriptions@athlonmediagroup.com.