Swiggin’ ‘Shine: From Appalachia to the Mainstream, Moonshine Endures

There is an injustice in this land—an injustice that has burdened us since the early days of 1791 when the government saw a way to generate revenue. We still suffer from the same tactic today. This revenue source would be a whiskey tax and would be imposed on any liquor made in the country. This was the first tax imposed on a domestic product by the newly formed federal government and was intended to generate revenue for the debt incurred during the Revolutionary War. 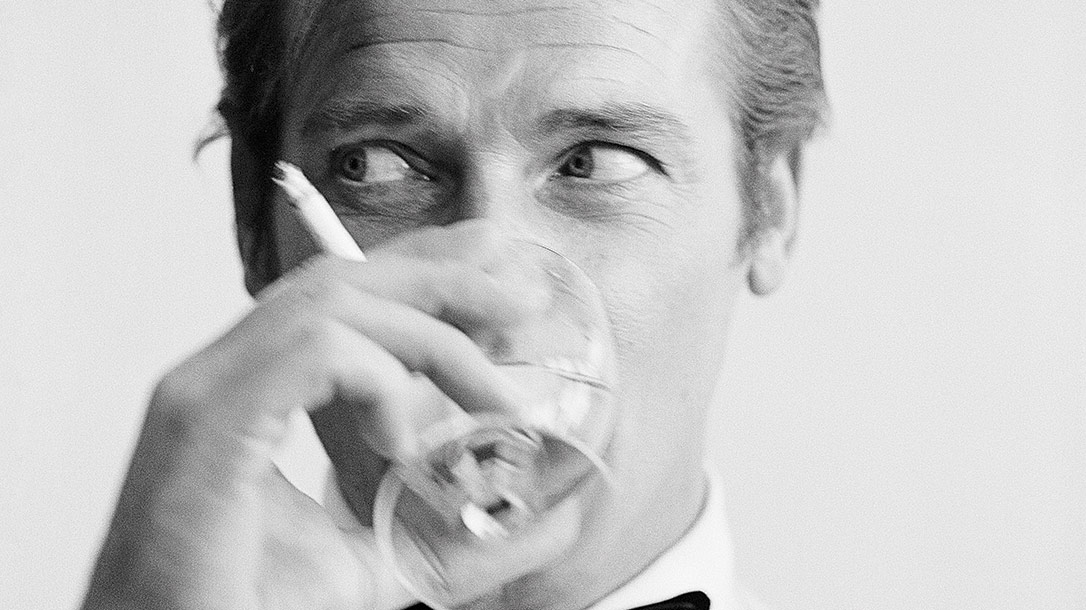 As you can imagine, this was not well received and for the next three years, distillers held off the tax collectors by less-than-legal means. This outright defiance eventually spurred the government to send a U.S. Marshal to Pennsylvania to collect the taxes owed. The local residents took it poorly, and they rose up. Over 500 men attacked the area’s tax inspector general’s home. The conflict stirred a protest of nearly 6,000 people, and troops poured in to stop it. In the end, the protest ended before troops could arrive and a few years later the “whiskey tax” was repealed. Or was it?

Today the ATF—yes, that ATF—regulates alcohol manufacturing and sales. While there are some states that allow it, the personal production of spirits is still generally against federal law. Like the original restrictions on whiskey production, this modern version is based on a tax. To the average person this is head scratching because countless people home brew beer and wine with no restrictions. Spirits, though, remain a very highly taxed item, and the government wants their cut. They are certain to have a litany of safety and consumer protection mantras, but it really comes down to money. Taxes range from $1.07 to $3.40 depending on alcohol content. The federal government collects about $1 billion per month from excise alcohol taxes on spirits, beer and wine. The taxes on spirits are much higher than those on beer or wine. Therefore, well over half of that tax money comes from spirits consumers.

We all know the government never met a tax they did not love. To many, this is a direct challenge to the American individual spirit and our desire to do pretty much whatever we want. It is that spirit that has driven the DIY booze business for over 230 years. The product of this ingenuity is moonshine. The term “moonshine” comes from distilling the illegal spirits under the light of the moon. In every part of America, early moonshiners worked their stills at night to avoid detection from authorities. In more technical terms, it is a homemade, unaged whiskey, recognized by its clear color. It is usually corn based and has a very high alcohol content that can peak as high as 190 proof.

This magical elixir cooks in homemade stills usually constructed of copper. These coil and pot configurations range from tabletop to massive booze producing contraptions. In all actuality, they are simply crude versions of the distilling equipment used by large manufacturers. One of the most notable stills of all time was the one that graced “the swamp” on the television show M.A.S.H. The two doctors carefully tended to their still as it became a social center for them and the camp.

Making moonshine revolves around two different processes: fermentation and distillation. Fermentation is a chemical reaction that occurs when the yeast breaks down the sugar. One result of that reaction is alcohol. Distillation is the process of evaporating the alcohol at 172 degrees and collecting the steam before condensing it back into liquid form. As a friend described it to me at one point, it’s like baking a cake—a 180 proof cake.

Moonshine has suffered a sketchy reputation over the years. While the ’shiners will tell you it is manufactured propaganda, some moonshine would be better off removing paint than sitting in your glass. Countless stories of poorly made moonshine caution blindness, paralysis and even death. Those stories have become more cliché now as even rookie booze making has become safer.

For those who have never had a taste of true moonshine, I can tell you that it is certainly an experience. Understand that true moonshine is not designed to be the center of an elegant cocktail or featured on a magazine cover. It is purely a life lubricant designed to ease pain both physically and mentally. At the hands of a master maker, moonshine can be a unique and exceptional experience. It is devoid of the oak barrels and aging that our regular whiskey gets which makes it unique. My first taste of moonshine happened almost 40 years ago, and my left eye still twitches from time to time.

Today moonshine is still alive and kicking. In fact, it has developed a serious following that the liquor industry has taken notice of. Mainstream liquor companies are now reinventing the spirit, making their shine in distilleries and marketing it to the masses. Let’s take a look at some of the more notable offerings.

The bourbon giant Buffalo Trace Distillery in Kentucky offers a new moonshine called White Dog. Like the original it distills clear using corn mash. Flavor-wise it is a winner. Buffalo Trace White Dog mash is rich and smooth, and features flavors of bread dough, popcorn, toasted grains, apples and hints of tropical fruit. It has a syrupy taste with heavy spice midway through and a touch of barley. The best part about it is that you don’t need to punch a hole in the wall to make it go down. (buffalotrace.com)

Next up on our modern moonshine tour is called Midnight Moon from North Carolina’s Piedmont Distillers. This is a unique make because it is inspired by the well-known moonshiner and NASCAR driver Junior Johnson. Here’s a bit of trivia to enrich your day. While some people mix moonshiners with bootleggers, they were separate professions. While some bootleggers took part in the making of moonshine, they generally were in the business of transporting illegal booze during prohibition. Bootlegging required serious driving skills and in time they would end up racing each other on the weekends. Fast forward and we find that NASCAR was actually started by the bootleg racers of old. Midnight Moon 100 Proof is inspired by the legendary moonshine family recipe and is made from American corn to deliver an ultra-smooth and clean tasting, high-proof spirit. Welcome to the next level of sipping. (piedmontdistillers.com)

Down in Tennessee we get to visit the state’s first legal moonshine distiller, Ole Smoky. While they have a wide offering including flavored versions, their classic White Lightnin’ is a solid choice. Made with spirits distilled from corn and intended to be highly mixable, White Lightnin’ can spark up every cocktail. It adds a more striking shot than the ordinary options such as gin or vodka and gives your cocktail the spirit it deserves. (olesmoky.com)

Our next stop is in West Virginia and Appalachian Distillery. This is a family-owned business making premium sour mash moonshine, whiskey and bourbon. From fermentation to distillation and bottling, it is all crafted on site. Of all their offerings I would suggest staying true to the shine and choosing their Appalachian Straight. This is an unaged sour mash corn whiskey distilled four times for a clean, extremely smooth flavor with a hint of barley sweetness. It is expertly hand-crafted from the heart of Appalachia, West (by God) Virginia. (appalachian-moonshine.com)

With the popular resurgence of moonshine, many companies have jumped on the bandwagon. Most are simply throwing a liquid flavor syrup in and calling it something clever. There are a few, however, that have taken this new endeavor seriously. The best in my opinion is the good folks over at Droptine. They have released their Persimmon & Apple and moonshine, and it is fantastic. While apples are not new to the moonshine world, the use of persimmons is. The persimmon, with its blaze orange appearance, is a fall fruit the Ancient Greeks referred to as the “Fruit of the Gods.” It brings a crisp, unique flavor to the drink.

In the true spirit of the original moonshiners, Droptine distills American corn into grain neutral spirits, adds whiskey and mixes them. They then take this blended corn-spirit and infuse it with organic persimmon and real apples. Finally, they add a touch of cinnamon and a few other secret spices. The end product is a delicious moonshine. It’s bottled at 50 proof (25 percent abv), which makes it very smooth. When you taste it, the flavors of persimmon and apple perfectly balance the corn whiskey. I recommend drinking it on the rocks, but it can also be enjoyed neat and warm. If you are looking for a moonshine that brings great flavor to the sip, then I highly encourage you to seek out a bottle of Droptine Persimmon & Apple Moonshine. (droptine.com)

It seems appropriate to wrap up our tour with Climax Moonshine from Tim Smith Spirits. The company describes itself perfectly by saying, “We’ve been doing what we love for generations… even when forced to do it on the wrong side of the law—we’ve never stopped. It is in our roots, engraved in our soul—it’s our family history. Recipes crafted mountain deep, in the light of the moon, shared down by word of mouth, generation to generation. Making booze on the edge of legality.” Now that is what you want to hear from someone making your hooch. This original ’shine has been crafted the same way for generations, using just the right amount of corn, rye and barley malt mash. The result is a clean and natural taste with a subtle sweetness that boldly defies convention. (timsmithspirits.com)

In all honesty the first version of this article contained a “how-to” section regarding making moonshine. I painfully brought myself to an edit because I do not want to come across as encouraging you to break the law. As my daughter would say, “It’s the man keepin’ us down.” With that in mind though I must tell you that if you are looking for detailed instructions, you should definitely not go to the good folks at Mile Hi Distilling. They have detailed explanations, and I know you certainly don’t want that.

In days gone by, hunting down a good, smooth-drinking moonshine was a right of passage. That first sip and the subsequent hard exhalation was a bridge to a new level in life. While many will never take that journey, we can still enjoy the essence of moonshine in our modern times.

This article is from the October-November 2021 issue of Ballistic magazine. Grab your copy at OutdoorGroupStore.com.