A situation where you find yourself in the middle of a violent protest is unfortunately a reality in today’s world. Our response must be well thought out and considered. In fact, this is one of the reasons for this new series. The more thought you give “what if” situations, the better you are prepared if it happens. While avoidance is the obvious first choice, sometimes we are not given that option. Mindset is critical in this situation. We do not have time to weigh the social or political implications of our actions. 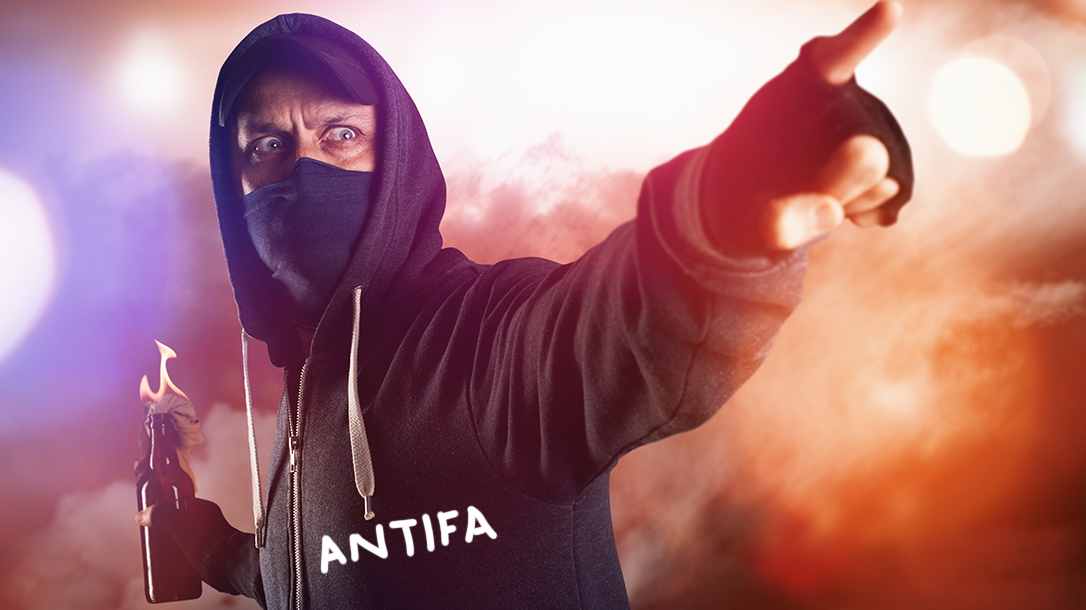 The situation is what it is, and we must not hesitate. Our first goal is to escape a violent protest, and this is where I must share my philosophy of defensive driving. Road “rules,” including lanes, signage and curbs, are more of a suggestion than they are hard rules. If you are unable to drive out because traffic has you pinned in, then look for a median or even large sidewalk you can use to get away. Stop sign? Doesn’t matter. No U-Turn? Doesn’t matter. I encourage you to always scan your environment as you drive and ask yourself how you would get away should something happen. The escape idea was a constant theme in all the responses we got from readers.

In the event you can’t get away, you need to roll up your windows and lock your doors immediately. DO NOT EXIT YOUR VEHICLE at this point. An angry mob is extremely dangerous, and you may find yourself facing three, five or even more adversaries. As one reader put it, “the last thing you want is a gun fight when you are outnumbered 50 or 100 to one.” Call 911 and describe your situation as well as a detailed location. Do not turn off your car, because in some cases the doors will automatically unlock. Keep in mind that we will always be looking for an exit. Do not verbally engage the thugs around your car. This is difficult because, like me, you will be angry and want to share some colorful thoughts with them. There is no benefit in this and will just encourage them further.

Just Get Out of There

The worst-case scenario is that they begin to break your windows in an attempt to reach you. I am not an attorney and am not giving legal advice, but my personal belief is that this is a lethal force issue at this point. History shows us that drivers being pulled from vehicles in this situation almost always are physically assaulted. You need to know that your vehicle makes a very effective weapon. If you are still able to move your vehicle, simply drive through those attacking you. Do not stop until you are clear of the danger. Many readers share my thoughts on this, with one reader saying that our vehicle is a “two-ton chunk of steel.”

It is here where I inject my belief that you should always carry a gun. We dread the day we are forced to bring it out, but it’s better to have it than to wish you had one. As always, our goal is to break contact with the mob. If your life is in jeopardy, it is time to engage the threat. Make sure you have a clear, defined target if you are going to start putting rounds downrange. You also need to only fire the number of rounds you are forced to.

How many is that? That can never be known until the event goes down. Remember you are in a potentially large, angry crowd with one, maybe two magazines. Do your best to hold your ground, because wading into a crowd poses a 360-degree threat environment. If you are forced to abandon your vehicle, have an exit plan. Know where you are going to go and do it quickly. Our goal is to reach some sort of safe haven.

This violent protest scenario is a great one to start on because it generates a great deal of emotion. Most of us are utterly disgusted and frustrated that these events are allowed and even encouraged by some in the political class. I know that at some point you just want to punish these entitled brats. While it was written tongue in cheek, the idea that we would “step on the gas while steering with our knees and start firing a shotgun through the windshield” to get though the mob appeals to our basic sense of frustration with this behavior. We have to let go of that emotion though and keep a cool head. Stay informed about protests in your area and do your best to avoid them.

Editor’s Note: This marks the first response in our new column, Mister Manners. Follow our social media pages for more scenarios for the gun aficionado. We’ll tackle all kinds of situations, from the awkward to the ever-increasing violent world around us, with expert opinion to help you navigate contemporary society. So stay tuned, and follow the Athlon Outdoors Instagram page, as well as on Ballistic Facebook and Ballistic Twitter accounts. You can also find us by searching #mistermanners or #ballisticmistermanners. Submit your scenarios, comment on others, and stay part of the Mister Manners conversation!