by Jay Pinsky
in Lifestyle, People
0

Most baseball fans get to meet their favorite players at a game or maybe a charity event. I met my favorite baseball player at my hunting lodge in Middleburg, Virginia, a few minutes after I shot a doe during the 2017 archery season. What could be more American than hunting and baseball? A Major League Baseball player who is also a hunter, that’s what. 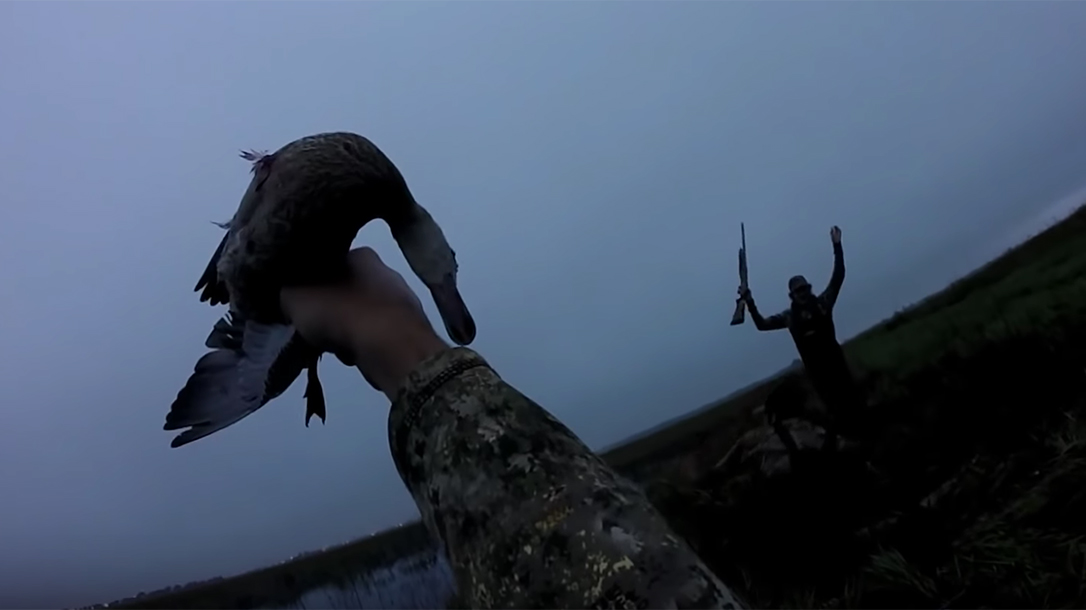 Little did I know, however, that when I met Brandon Snyder, it ultimately wouldn’t be his bat speed, pitch recognition or slick leather I’d remember, but his attitude.

I didn’t ask for Brandon’s autograph when he drove to the lodge because the World-Series-ring-owning utility infielder was preoccupied with carrying, gutting and butchering my deer. You see, a neck injury that would be surgically corrected just a few days later had rendered my right side almost useless. So that day, the Baltimore Orioles’ first-round pick of 2005’s MLB June Amateur Draft stepped up to the plate for me because I needed someone’s help. He pitched in without hesitation, and when he did, former two-time All-Star John Olerud officially became my second-favorite baseball player.

Hunters have quite a few memorable conversations at the deer-skinning pole. Chatting with Brandon, currently a Tampa Bay Ray, proved to be no different. We talked baseball, of course. I’m a lifelong Baltimore Orioles fan, so I must have seemed like a giddy schoolboy to him as I peppered him with questions about life as a professional baseball player. He fielded every question I hit his way, but he was more interested in showing me how fast and how well he could butcher my deer. I’d soon find out that this professional baseball player—a man who lives the dream of playing a game for a living—spends just as much time dreaming about duck blinds, trophy bucks and decoys as he does on how to hit a 3-2 pitch with a runner on second.

Most men have a dream, and some men have a few, but Brandon is living two; MLB player and hunter. He isn’t just a pretty good ballplayer. He’s a real-life Major League ballplayer. And he isn’t just a hunter, either. He works as a professional guide, fulfilling two childhood dreams. He shared how he managed it with me, one of the luckiest baseball fans in camo, that day.

“My uncle, Barry Snyder, got me interested in hunting and fishing when I was 4 or 5 years old,” Brandon said. “He always took me with him and taught me everything. Uncle Barry was an amazing man and had a lot to do with who I am today. He passed away from pulmonary fibrosis last year, and I know he’s always with me in the stand or the blind.”

Ironically, Brandon said nobody in his family was much of a hunter other than his uncle. “But,” he said, “my whole family loves to fish.”

It doesn’t take long to figure out that Brandon is all heart, and has a gift for understanding people/relationships. “The bond you share with someone you spend time hunting or fishing with, to me, is like no other bond,” he said. “My uncle was probably the most influential person in my life. He taught me how to hunt, fish, shoot, track, call and countless other skills in our time together. The lessons I learned in those moments made me a better man and have molded who I am to this day.”

As Brandon told his story, his eyes glowed—much like when a trophy buck or banded duck crosses his path. Seemingly, pro athletes, regardless of the sport, have an energy level that sets them apart from mortal folks like me. One of the first glimpses I got of his intensity was how excited he got while talking about hunting.

“I always loved to fish from the first time I can remember going,” he said. “When I was 3 or 4 years old, my uncle used to have me draw pictures of deer and put a target on the vitals so I knew where to aim. From that point on, all I ever wanted to do was go with him, and it stuck.”

At that time, Brandon’s father, former Major League baseball pitcher Brian Snyder, was setting an example on the baseball diamond. “My father pitched in the Majors, and from the time I was a baby, we would always go watch him play,” Brandon said. “It was never forced on me; I just loved the game from the get-go. I also played basketball in high school, and I love to golf. My competitiveness attracts me to any sport, really.”

Not Just Any Ol’ MLB Player

Although many dream of growing up to be a MLB player, Brandon isn’t shy about sharing his passion for hunting. How good is he at hunting? Like baseball, he’s a professional and makes a modest living guiding people for ducks, geese and other game animals.

“I always joke around that I work just so I can hunt,” he said. “But that isn’t too far from the truth. I love what I do for a living, and I wouldn’t trade it for anything, but my real passion has and will always be the outdoors. Plus, the baseball off-season starts right when hunting season starts.”

Still, Brandon knows that being a pro baseball player is something to be proud of. It’s a dream he began to believe in early on in his youth. “I knew I could be a special player when I was in high school, but my father really kept me focused,” he said. “Now that I have played for 13 years professionally, it has opened a lot of opportunities to hunt and fish with a lot of great people in a lot of really awesome places.”

A consummate professional, humility and realism haven’t been lost on Brandon. “I always wanted to be a professional baseball player since I was a child. But that doesn’t last forever, and it would be amazing to be able to make my other passions my profession when I hang up the spikes.”

As I swung away during the interview, Brandon began to mix his hunting and baseball pitches. He helped me understand how similar the two athletic challenges can be. His attitude and demeanor even classified what an athlete is in and out of a duck blind.

“I would say that being an athlete definitely helps when you are taking those long hikes into the stand or setting up those giant rigs for late-season Canadas,” Brandon said. “I don’t believe all hunters are so-called athletes, but if you want to be a guide, it’s going to be hard if you’re not in shape.”

Anyone who has hunted ducks can testify to that. After all, decoys can’t fly to the lake. Every waterfowl hunter I’ve known always needed just a few more decoys in his spread. Which can exhaust hunters who might not have the necessary endurance. Not so much with a hunter who is also a MLB athlete.

“We work hard and put in a lot of manual labor to make sure our clients have a great experience,” Brandon said.

Along with fitness, Brandon said patience serves hunters and baseball players well if they want success at the highest levels. “Patience is a very important thing in both hunting and baseball. But even more importantly, not giving up. Sometimes a game or a hunt goes bad from the start. But you can’t give up, because you never know when that big hit or big buck is only around the corner.”

When you consider it, the old adage that hunters are eternal optimists must also be true for baseball players. After all, you must have a good attitude to keep showing up for a job where failing nearly 70 percent of the time at the plate can make you an all-star.

So, how did Brandon break into professional waterfowl hunting? He didn’t get a spring training invite. Nope, duck hunters do it in the cold, harsh winter. He was ready when his big break came, though.

“I went on a hunt with John Pemberton of Total Sportsman’s Outfitter in 2015, and I told him I loved to hunt waterfowl,” Brandon said. “He heard me call, and said if I really wanted to do it to come by, and the rest is history. I love to hunt ducks and geese, and I had always taken my friends. I would set the spreads and blinds and do all the calling. Now I get to do the same thing with new people and call it a ‘job.’ I love it.”

During our photo shoot, near his house in northern Virginia, Brandon asked if I’m still an Orioles fan. It’s understandable, because they aren’t knocking on the World Series’ door lately. Loyal to the Orioles, I said yes. He smiled and then said he’d be right back.

Moments later, he came down with a game-worn warmup jersey from his time with the Orioles. He handed it to me, and I just smiled. In a day when so many people think pro athletes—and pro hunters—think they’re above it all, I got to meet Brandon first as a hunter, then as a friend and finally as one of the kindest and most humble professionals there is.

No wonder his final words were: “I have been very blessed to have had an amazing career in baseball, and I hope to continue playing and progressing for as long as I can. But as I said before, a baseball career is a very short-term thing when you look at a lifetime. To be able to make a living hunting and guiding would be incredible. To me, it’s like the saying goes: If you love your work, you will never work a day in your life. That is what I call a success.”

This article is from Ballistic magazine, Fall 2018. Subscriptions are available at OutdoorGroupStore.com.