Weapon Zero and How to Make Sure You Maintain It

Why is weapon zero so important? A lot of reasons. But let’s start with an example. 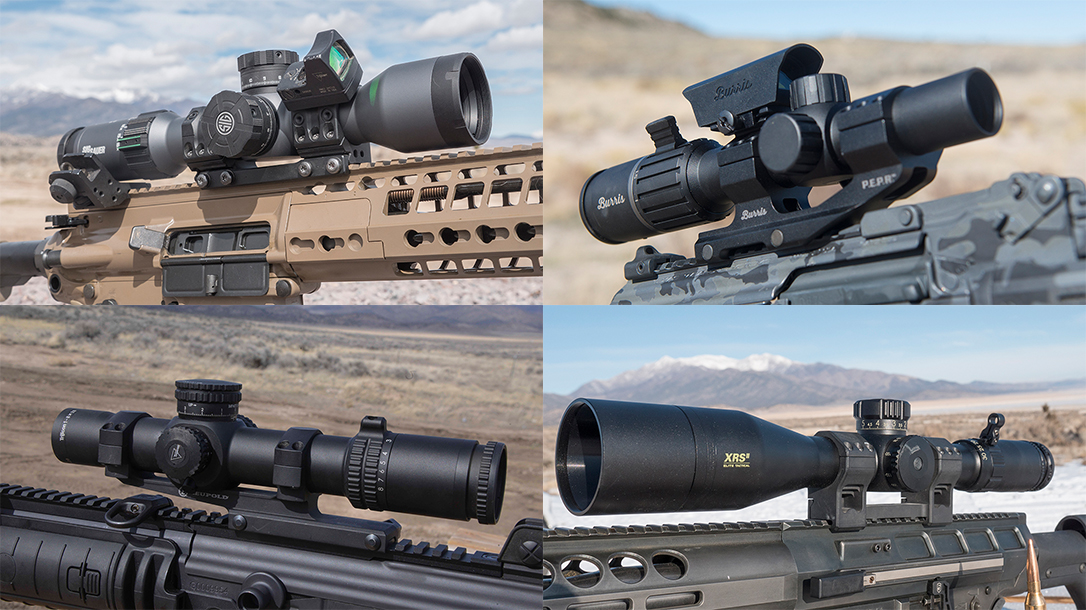 Several years ago, I was providing instruction to a group of well-trained shooters. Just to see if they were on their game, I had them grab their rifles and pistols from wherever they were—in their bags, cars, trunks, etc. Once they showed up to the firing line, I made them tackle a course of fire that started at 40 yards and came in to 7 yards, where they had to use their pistols. There was no warm-up, no preparation; they just had to grab their guns and go.

The students were using various sights, including irons, red dots and at least one optic. The rifle shots were taken from barricades, and the target area was generous; I was essentially asking for thoracic or central nervous system hits. They had to switch positions, culminating in pistol shots on hostage targets. I screamed in their ears to add some stress to the drill.

In the end, less than a third of the students passed the test. Those who failed used the age-old excuse, “My rifle wasn’t zeroed.”

After asking rather forcefully, “Why not?” we proceeded to fix that issue.

Zeroing your rifle provides nothing more than a fixed starting point to determine where your impacts will be at various ranges. It’s not some “be all, end all” solution that turns your rifle into a magic wand. And you can’t simply follow a chart you found on the Internet to line up with your rifle, ammo and shooting style, especially with iron and reflex sights.

Impacts occur based on where you point the rifle, not some chart. Scoped rifles are a bit different due to the scope, its reticle and your ammunition. Assuming you properly confirm the trajectory and your zero has not shifted, it may be accurate. But you still need to confirm it; you cannot just assume it is correct. If you are dialing in a scope, the knobs may be off, and you need to know that.

When it comes to your weapon, whether it’s a rifle, a rifle-caliber pistol or even a pistol-caliber carbine, you must shoot at different distances to confirm your impacts at every practical range, not just where you zeroed it. You can check this at any time when you and the gun are both “cold” by firing without any warmups. You get one shot to save a life, so make it count and practice it at practical ranges. Because in the real world, there are no warmups before a gunfight. And this applies to shooting across the room, at 100 yards, 300 yards, and every distance in between. You don’t want to find out that your weapon’s zero has shifted when you need to make a lifesaving shot.

Assuming any mechanical sighting system is failure-proof is pure folly. Buying the best proven device helps, but it is no guarantee. Can you hit what you are shooting at if your sight’s red dot goes out or you can’t see it? Do you have iron sights, and are they zeroed? I have seen excellent shooters miss repeatedly at 100 yards when their red-dot sights failed and the irons weren’t properly zeroed.

Professionals miss targets from across the room, under stress, when their red-dot sights fail and they thought iron sights were “too heavy” or “unnecessary.” Having never practiced with a dead red dot and no backup sights, it turned their OODA loop sideways.

And speaking from personal experience, in a class a few years ago, my light fell off my go-to rifle while moving between barricades. It seems I didn’t make sure it was mounted properly beforehand. But I learned a valuable lesson: It’s incredibly hard to hit even large targets at 75 yards in the dark, even with a reflex sight. If you rely on a device for aiming, you have to know how to aim when it fails.

Zeroes can and do shift for several reasons. If you zero your rifle in 90-degree heat, check it a few weeks later when it may be 20 degrees. Even if your rifle shoots the same, you might not with the addition of more clothing, gloves, maybe even a hat. Subzero weather can easily fog up your optics.

If you practice on a bench, what happens when you have to use a tire or a wall for support? Your zero may shift. If turn your rifle 45 degrees, will your impacts be in the same place? Sometimes the world dictates your position, not you. We live in a world that is anything but consistent or static, so train in this one, not the one with a square range, a bench and pristine conditions. It is your responsibility to hit what you aim at, not the rifle’s.

Creating Habits With Your Weapon Zero

Even if you change the batteries in your reflex sight, check them frequently for operation. Once a week is my norm now on my truck rifle; I used to check it before and after every shift when I was still on duty. This is nothing more than pulling your gun out of its bag and turning on the sight (if you turn it off). At the same time, make sure the sight is secured and tight, and if you have a light, check that, too.

You should also know exactly where your backup iron sights show up in your optics. Make sure they’re positioning hasn’t changed and that they’re tightly mounted. I also used this opportunity to make sure my magazines functioned and were loaded before I carefully placed my rifle back in its bag or rack. Now I can start my week with a certain level of confidence knowing that my rifle is ready if needed.

When you head to the range, take a cold shot at a different distance each time. If you can vary your positions, do so, and make sure your rifle is loaded your self-defense ammunition. Take your gun out of its bag, find your target and place one carefully aimed shot into a small target. Any target larger than 6 inches at 50 yards is too big, maybe even at 100 yards. You know the old adage “aim small, miss small.” Then stop and identify where your shot impacted. Did you hit where you aimed? If not, why? Was it your position, your ammunition? What caused the miss? Go back and take well-aimed shots from a supported position to confirm your assumptions. If you put every shot in the same hole with the gun fully supported, leave your zero alone. The misses were on you. You just learned something.

Only change your zero if you find it will not work for your area of operation. Adjust it only if it’s way off. And if it is, try and figure out why, fix it and confirm it. Do you have iron sights? The same process applies. Shoot “cold” with your iron sights from different positions, at different distances, in different weather conditions. Changing your clothes can have a big impact on your ability to make hits, so make sure you practice with what you might be wearing on any given day and only that.

If you change your ammunition, it’s time to start all over again. Never assume the same bullet-weight ammunition, even the same bullet, will have the same impact from different manufacturers. Your zero applies to that rifle with that ammunition using that sighting system, nothing else. If you’re using a precision rifle, you even need to re-check your zero between different lots of the same ammunition. I’ve seen 100-fps differences between lots, which can make a huge difference at range.

Use this cold shot/zero confirmation practice as a means to work through any equipment issues. How do you like your stock? Does it work in the snow, in the heat or rain? Does your optic or magnifier fog up? Maybe you need caps? Or do caps make it worse? Make certain. This is a chance to check for any possible condition and leave certain you can hit exactly what you aim at with your rifle.

After spending decades teaching officers, professionals and enthusiasts alike, I can say that having confidence in your system is invaluable. When one shot is all you have, it must be accurate. The confidence that comes from making sure your rifle is zeroed is huge. Knowing—not guessing—where you need to hold at various ranges and under different conditions is a game-changer. You can concentrate on the fight, not the gear.

Sure, misses happen. But it’s your job to hit what you aim at. Making sure you are capable and your equipment is ready may save your life or someone else’s in a crisis. Is it easy? No, but no one with a clue ever said it was. Welcome to the real world.