Ammo Storage: Why Long-Term Storage Is Critical for Crisis Preparedness

Ammo storage for survival isn’t a no-brainer. It involves more than just leaving it in a place that’s cool, dry and dark. But before you buy a waterproof container and bury it in the backyard, you need to have a good idea of what you’re preparing for and how to keep the ammo fresh after the balloon goes up. 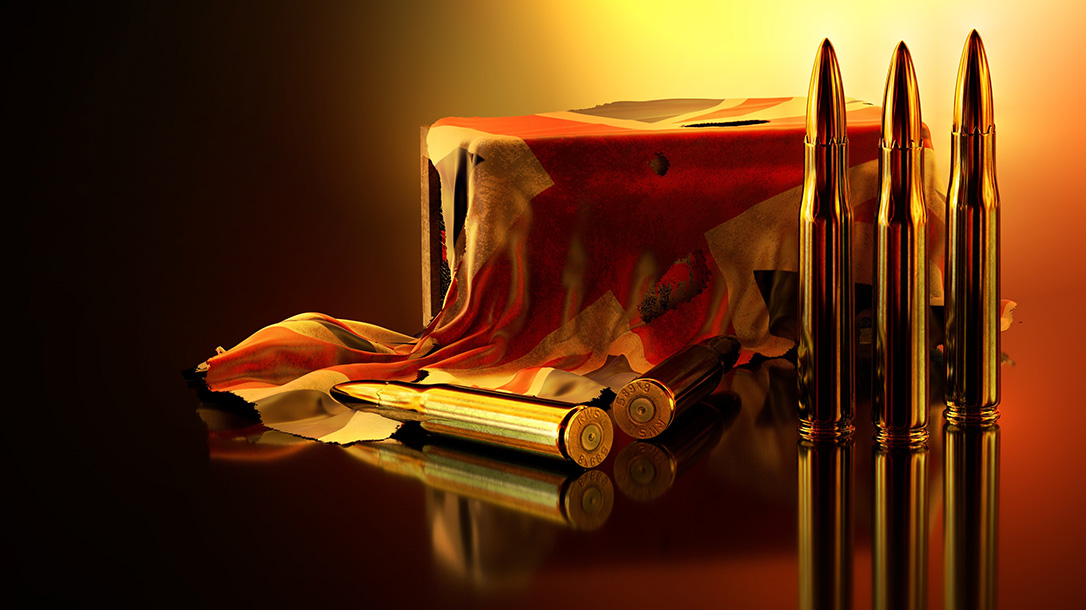 SHTF Plan or Self Defense: How Much Ammunition Is Actually Enough?

Ammo Storage for the Next Crisis

Step one in preparing for the next crisis is doing a red-team evaluation. Red-teaming is a two-step process. First, list all of your potential vulnerabilities in the place you live and how they might affect you. Then, critically ask yourself how likely each event is to occur. History is a good guide for this process, so I’ll use our household as an example.

In the 13 years that we’ve lived in a Southern city, an F2 Christmas tornado struck a couple of miles away, a tropical storm dropped 22 inches of rain in 36 hours, two high-end Category 1 hurricanes tore up trees and knocked out power, and there have been several local forest fires. No one’s ever nuked the naval base 90 miles away, there’s never been an EMP, there are no recorded major civil disruptions, and we’re not in an earthquake zone. Our house is hardened to resist a low-end Category 3 hurricane, we are well-supplied, our gear is proven, and we don’t live in a flood or storm-surge zone. On the other hand, we’re not young, and we have elderly family members who would find evacuation difficult.

Given all of that gathered info, our next local crisis is likely to be a weather-related event. Our Plan A involves keeping gear and supplies ready and inviting the relatives over to shelter in place as we’ve done in the past. Plan B is to evacuate over back roads we’ve scouted, but only in the event of a storm above a low-end Category 3 or a severe societal breakdown.

Getting the Most Bang

When choosing gear for crisis-related personal defense, guns chambered for smaller cartridges are better choices because they use ammo that’s smaller and lighter. This makes it easier to store and transport more ammo.

If you evacuate, the ready vehicle needs to have room for money, financial records, clothes, medicine, food and water for several days for each passenger. Space will be at a premium, so our preference is for lightweight high-capacity semi-auto rifles up to 7.62x39mm in caliber and 9mm or .38 Special handguns. We keep at least 250 rounds for each gun used for survival. Our kit includes at least one .22 LR firearm because it’s possible to pack a lot of .22s in a small space. And if people stop accepting money, a person can barter .22s for other needed items. Stock up on generic mil-spec ball ammunition for your centerfire guns and save money for water-resistant ammo containers, other vital gear and supplies.

There are a number of ways to store ammo and keep it fresh for a long time.

The first is to use “canned” ammo like CanMunition, produced by Global Ordnance. Each aluminum “soda can” of CanMunition holds 90 rounds of Fiocchi 9mm ammo or 40 rounds of Fiocchi .223 Rem and also contain an inert gas to reduce the potential for corrosion. The cans are waterproof and opaque, preventing damage to ammo by moisture and light.

Another option is using the various ammo-storage cans and crates from MTM Case-Gard. MTM makes lockable, heavy-duty polypropylene crates in a wide variety of sizes. These all have O-ring seals that are tightly held in channels that assure the seals stay in place. They also have strong hinges and heavy-duty clamps to be sure that the upper and lower portions of the can retain a tight seal. Because of this, they offer good protection against moisture and light along with limited protection against heat. So, keep them indoors out of direct sunlight in humidity-controlled rooms that are below 85 degrees Fahrenheit. There are other polymer cases on the market, but many of them don’t have heavy-duty construction. MTM also sells a specialized survival ammo can (SAC) for in-ground storage.

Lastly, there’s the good old GI ammo can. The good news is that these cans are designed to be air- and watertight, and they’re made of strong materials. The bad news is that they’re heavy and they’re mostly available as surplus items. Surplus cans can be rusty, bent out of shape or have rubber seals that are deteriorated or missing. When buying GI cans, look them over closely to check that their sides are straight, their hinges and rubber seals are intact and that they remain closed when the latch is in the down position.

We use all three types of containers, labeling our ammo by caliber and storing it in an air-conditioned, humidity-controlled, windowless interior room.

Ammo stored for survival purposes may wind up being stored for years. With that in mind, it’s important to periodically shoot up old ammo and replace it with new stock; that’s because gunpowder and primers degrade over time. All gunpowder contains nitrocellulose, which generates nitric acid as it ages. This acid can corrode cases, damage primers and destabilize gunpowder. For this reason, all gunpowders contain a small amount of stabilizer that neutralizes nitric acid. As time goes by, the stabilizer is used up and the acid becomes more likely to seriously degrade the ammo. Gunpowder also contains retardants that control the powder’s rate of burn, and these can also degrade with time.

This whole process speeds up if you store ammo in rooms with high temperatures, moist conditions or high levels of ambient light. Temperature is the worst offender, but moisture can be a close second. It seeps into cartridges at the case mouth and around the primer cup. Sealing those areas slows the process but doesn’t stop it. Moisture can also creep into powder containers, so powder containers and ammo storage containers must be kept tightly closed. Also, avoid storing ammo and powder in places that aren’t climate-controlled, like attics, garages and auto trunks, especially on hot and/or humid summer days.

This article is from the November/December 2019 issue of Survivor’s Edge. Grab physical or digital copies at OutdoorGroupStore.com.