Last year’s King of 2 Miles (KO2M) shooting match was held at the NRA Whittington Center between June 28 and 30, 2016. If you like to shoot far, you probably already knew this. And if you like to shoot really far—more than one mile—you know just how difficult it is. The 2-mile shot is something special.

You are struggling with your own skills, the wind, your rifle and optic, and even the laws of physics. All of these factors can join forces to defeat you in your extreme-distance goal. 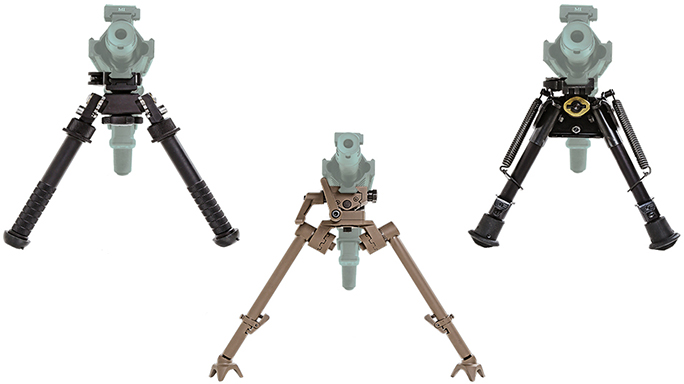 7 Short-Height Bipods That Yield the Most Accurate Results

I’ve known this for decades. I am a .50 BMG and .338 Lapua Magnum long-range military sniper instructor, so I am fully aware of the limitations current military equipment has at extreme distances. This is why I detest those YouTube videos that made hitting a target at 4,000 yards with a .338 Lapua rifle look easy. I knew those shots were either a miracle or an outright lie.

This jumpstarted my quest for the truth. Could anybody hit a target at 2 miles consistently, shooting from prone with a bipod, using limited rounds? Could they accomplish this without cherry-picking the weather conditions or the time and date?

The idea of using a competition to find out came to mind. I named it after another contest I was involved at the time, a 4×4 race called the King of Portugal. So, in this simple way, the KO2M competition was born. As I happen to be the elected president of the Fifty Caliber Shooters Association (FCSA), I set a secondary goal of making the .50 BMG the premier caliber in extreme shooting.

We don’t allow any practice on the range prior to the match. Shooters were only allowed nine minutes to complete their course of fire.

To add even more realism, we placed the targets so that the shooters had to significantly reposition themselves throughout those nine minutes. The distance and real-world weather conditions led to the elimination of 25 percent of the participants after the first target at 1,454 yards and 50 percent after the second target at 1,556 yards.

The top 10 competitors from the qualifying days moved on to shoot in the finals. Since we like to reward first-shot hits as much as we like to punish phoning it in, shooters had 10 minutes to take 15 shots starting at 2,011 yards. If they hit that target in the first five shots, they had to move on to the next target and received points as a multiplier of shot order. If they hit a target beyond the first five shots, they were allowed to move on but acquired no points.

The second target was a 3-by-2-foot plate hanging on a cliff face at the top of a mountain 2,477 yards away, followed by another 3-by-2-foot plate at 3,375 yards, or as close to 2 miles away as we could realistically get.

Not just an impressive number, the photos show just how far a 2,477-yard shot actually is. Most consider these shots to be impossible, and yet we are capable of engaging small targets at this range. When you contemplate that the bullet spends nearly four seconds in flight, it’s truly amazing shooting.

The maximum possible score was about 120,000 points. Mitchell Fitzpatrick, with his wind coach/spotter Paul Phillips, won the 2016 KO2M trophy with a score of 65,000. 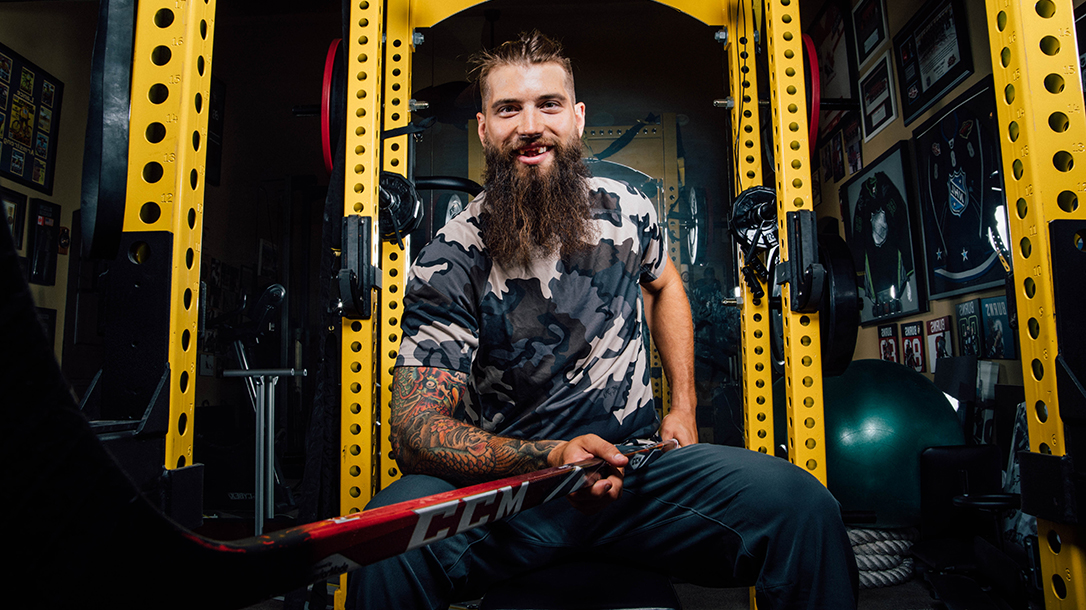 He had good things to say about the 400-grain Berger bullets.

“Berger’s new prototype .375-caliber, 400-grain projectile, at around 2,850 fps, gave us a monumental ballistic advantage. It was, without a doubt, a key to our success.” He also gave credit to his teammates: “We had the best ballistic solutions possible thanks to the work done at Applied Ballistics by the one and only Bryan Litz. Bryan is also a world-class wind coach and world champion shooter, and just an all-around class act. Paul Phillips was also invaluable to making the wind calls we needed to win this match.”

The other two Applied Ballistics marksmen were shooting Bryan Litz’s .338 Edge with 300-grain Berger Hybrid bullets. Despite being smaller compared to the .375s, .416s and .50s, the .338-caliber 300-grain Berger Hybrid proved to be a great performer. Notably, it was also the only .338 in the finals. Bryan Litz took second place and Paul Phillips, shooting Bryan’s rifle, placed fourth overall.

Cutting Edge bullets were also used by other shooters that placed well. Notably the new 802-grain bullets they made for Thunder Ammo proved to be excellent for the .50-caliber shooters.

At the end of the first day, Randy Powell, the owner of Thunder Ammo, was in second place behind Fitzpatrick, trailing by 4,000 points. He was shooting an 802-grain solid he had designed for extreme long-range shooting, pushing it through a McMillan rifle with a 36-inch, 1-in-13-inch-twist Lilja barrel at 2,960 fps. The ballistic coefficient on that bullet is around 1.09, and the tables developed for Randy utilizing Patagonia’s Ballistics ColdBore 1.0 were spot on. His first shot at 2,477 yards was just 1 mil to the left at perfect elevation.

While equipment issues and some bad luck the second day dropped him into fifth place, the accuracy of both his bullet and the firing solution made him the highest-placing .50-caliber shooter. His bullet and barrel combination was capable of staying supersonic out to 3,200 yards, showing that the .50 BMG truly has a solid future as a 2-mile caliber after all.

As the president of the FCSA, this Thunder Ammo load fulfils one of my personal goals with the KO2M. With just a little more work, we might actually see a King crowned using a .50 BMG.

As Bryan reports on his account of the KO2M match, we have learned a few lessons. I feel that we are progressing toward first-round hits at 2 miles. In the 2015 KO2M match, only one shooter, Tessa Wyrick, hit the target at 2,318 yards. This year, four of the teams hit targets at 2,011 and 2,477 yards. All three Applied Ballistics shooters had hits at 2,011 yards. Two out of three scored first-round hits at 2,477 yards. The state of the art in ballistic predictions is advancing, but no competitor made the 2-mile shot. 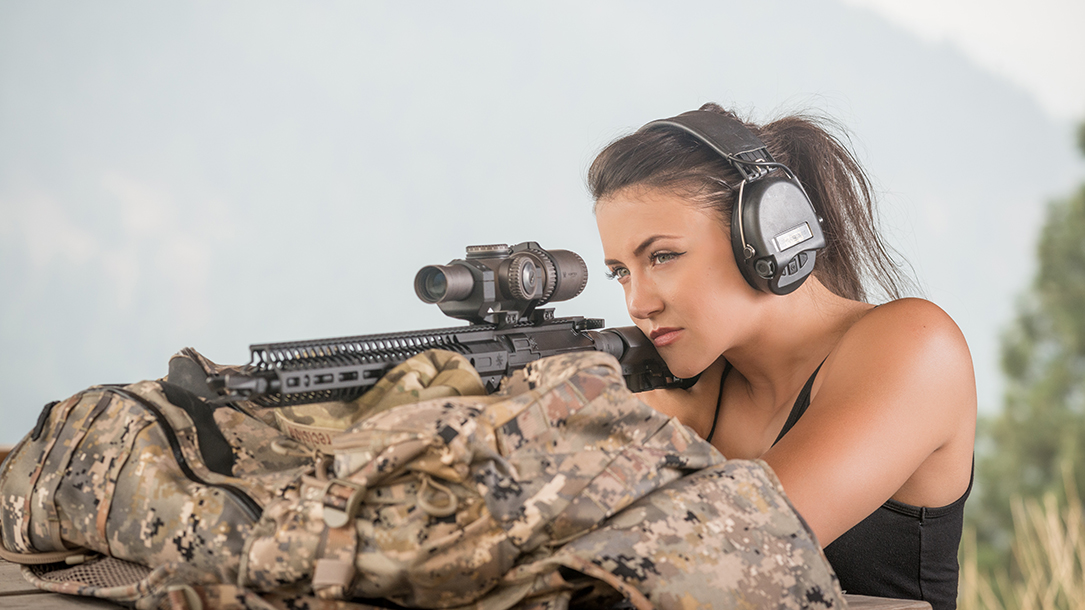 With only five rounds in non-selected conditions, I still consider it a huge advance over 2015. It gives us a clear goal to shoot for next year.

The factors that have contributed to these increases in performance are better teamwork, the fire solutions obtained from top ballistic software such as Applied Ballistics and Patagonia Ballistics ColdBore, and last but not least, the ballistic performance of the new bullets and equipment being used.

There are limits on what optics can achieve. Mirage is a major issue at these ranges in the desert. Yes, we can see the target with superb optics like those from Swarovski. The targets are white, so seeing hits is easy. But what about spotting the misses? We used TargetCams, which worked flawlessly all three days of the match.

While we offer a competition that mimics real-world shooting to the extent possible, we don’t want to make it any harder than it has to be. So Oakwood Controls has been gracious enough to set up electronic targets for the past two years. These targets have a detection window 10 feet across and 10 feet high, with accuracy in the hit box within half a centimeter. Shooters on targets one and three were given corrections down to the inch as long as they were in the ballpark. That is better feedback then the best spotter can manage. The smart teams paid close attention to those calls.

As for the riflescopes, the selections were pretty familiar to anyone that has been to an FCSA match. There were many Nightforce BEASTs, ATACRs and NXS models as well as a few scopes from U.S. Optics, Leupold and Schmidt & Bender.

You need elevation adjustments in the order of 150 to 180 MOA for a 2-mile shot, which are beyond the capabilities of scopes alone. No riflescope will be able to correct that much and still be capable of shooting close to 1,500-yard shots. Therefore, many teams used an adjustable base from Ivey Shooting, Cold Shot or ERA-TAC to cope with the challenges of the King of 2 Miles match.

Now you know what we do, how we do it and what equipment we use. Come up with your own extreme long-range rifle design. Prove that you can hit a target at over 2 miles at the KO2M match. The world’s best rifle-shooters will be there, so why not challenge yourself?