by Robert Jordan
in Accessories, Gear
0

The Leupold DeltaPoint Micro is sure to shake up the red dot scene in 2021. But before we get there, how did the new red dot sight come to life? 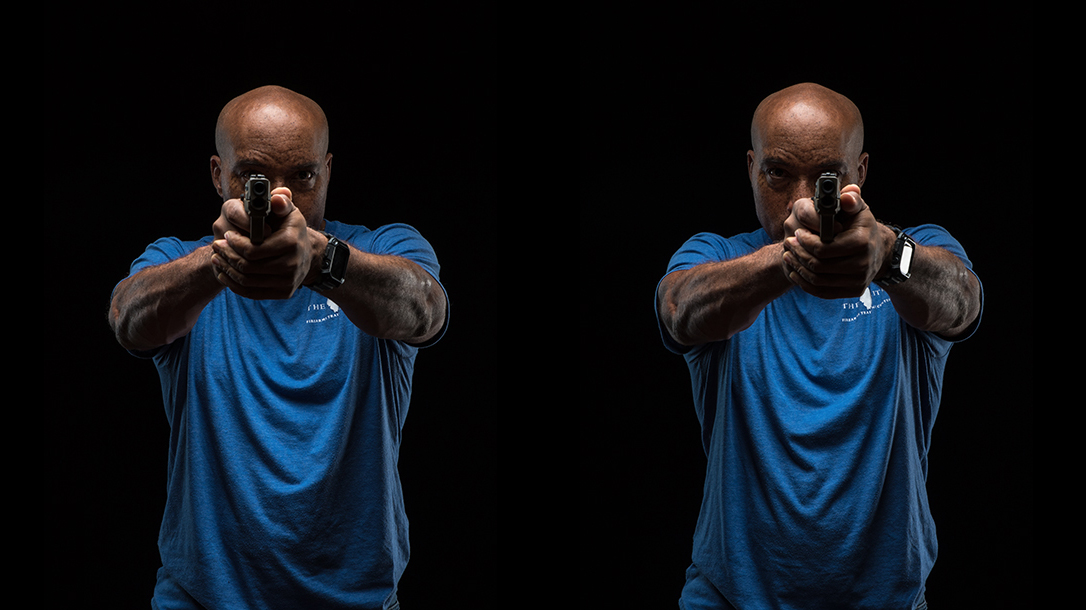 The phenomenon of red dot sights on pistols has gone from a trickle to a roaring river over the last 20 years. Even big Army demanded that its replacement for the M9 pistol would have to be capable of taking a red dot sight. As police agency after agency authorize red dot sights with stunning success, the writing is on the wall that they are here to stay.

However, agencies as large and respected as the FBI have completely missed the boat. The FBI put out a list of requirements for its new duty pistol in 2015 and awarded it to Glock in 2016. But the FBI never asked for it to be compatible with an electronic sight, so it isn’t.

As agencies and individuals realize the benefits of a sidearm with a red dot, they are often stuck in a conundrum: Should they sell their old gun(s) and buy new ones that are red dot compatible, or void the warranty of their guns and have them milled to accept a RDS, potentially weakening the slide? A few companies have made plates that attach to the rear sight dovetail mount, but they have not become widely popular.

Leupold produces the DeltaPoint Pro, one of the most widely used and respected red dot sights on pistols today. It’s been around for years. I can tell you from experience that it holds up well to the abuse of daily carry, offers an excellent sight picture, and makes shooting the gun easier.

But Leupold wanted to make an RDS specifically designed for concealed carry. More importantly, Leupold wanted one that is compatible with non-optics ready handguns. Well, Leupold just introduced the DeltaPoint Micro and it looks and works differently than any other red dot out there.

Leupold’s new red dot provides the same height as factory iron sights and aligns the red dot with the front sight, giving shooters faster target acquisition and improved accuracy. The DeltaPoint Micro measures 2.25 inches in length and 1.25 inches in height, while weighing in at just 1.1 ounces. It also features eight levels of illumination so shooters can easily adjust the brightness of their red dot to match conditions.

The power button hangs off the back of the gun and also encapsulates the battery, a CR1632. This button also adjusts the brightness setting. Each time you tap it, it goes up or down one power setting until you reach the one you want. Hold the button for three seconds to turn it off. When you turn it back on, it comes on to whatever power setting it was on last. If you leave it on, it has a Motion Sensor Technology to power down until moved to save battery life.

You have to unscrew the button and take it off to disassemble your pistol for normal cleaning. However, this doesn’t affect the point of aim point of impact.

Windage and elevation are adjusted with a small, provided Allen wrench. The aluminum housing looks tough enough to stand up to repeated hits from a ball peen hammer. The only reason I didn’t try it is because the sight Leupold sent me was on temporary loan. The lenses are DiamondCoat 2 scratch resistant.

My Experience With the Leupold DeltaPoint Micro

Worried about not having a rear sight on your gun? Don’t be. Leupold designed the tube you look down to act as a ghost ring rear sight if your battery has gone dead. Leupold also machined two dots in the rear of the housing that align with the dot on the factory front sight; this provides a 3-dot aiming system.

My first thought was the screen or, more accurately, the “tube” you look down is simply too small. But it was surprisingly easy and intuitive to use, even when transitioning from one target to the next. This is definitely a sight where it pays to keep both eyes open. One eye picks up the red dot and the other takes in the target as a whole. I still wish the tube was a little bigger, but I can see why they made it this way.

With its Jan. 4 introduction, the DeltaPoint Micro is a very nice start to 2021. I predict this sight will make believers out of a lot of people about putting an electronic sight on their pistol. I also predict a lot of companies will be trying to copy this design. It’s going to be a game changer for a lot of people. MSRP comes in at $519.99. For even more info, please visit Leupold.com starting Jan. 4.