by Lauren Young
in Guns, Rifles
0

0
SHARES
102
VIEWS
Share on FacebookShare on Twitter
You will probably notice a few running themes in this list that revolve around long range, America and history. No big surprise there considering I have a passion for all three. 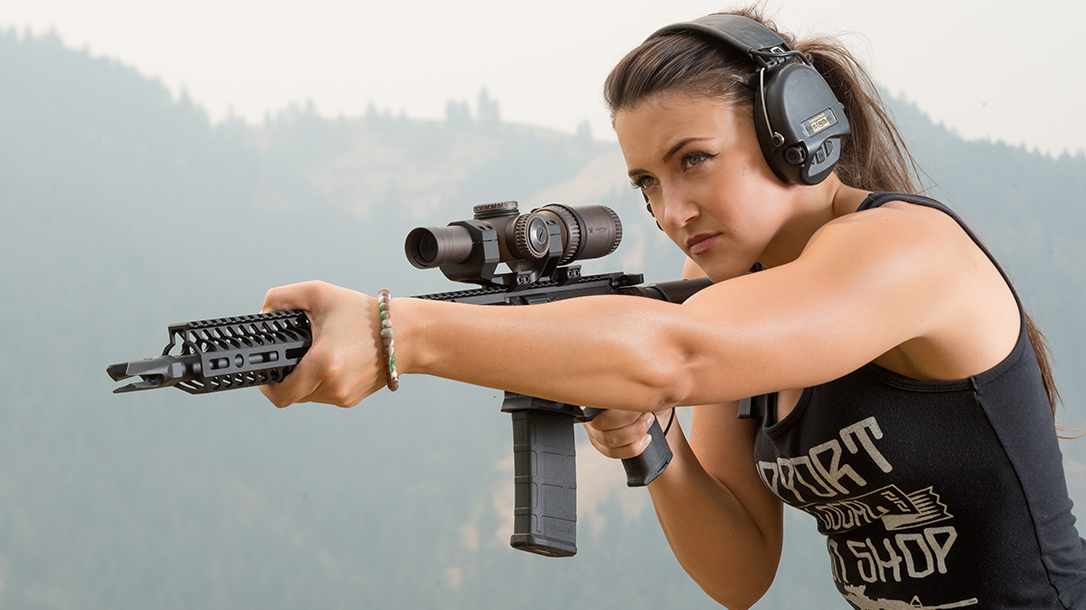 “If you could have any gun in the world, what would it be?” When approached with this question, it’s pretty much impossible to only name one. You also have to consider what guns are actually feasible in obtaining versus what I could more than likely own. This particular list is made up of five guns that will be etched in stone on my Christmas wish list because the only way I could like get most of these is a real-life Christmas miracle. But as Hans Gruber says in Die Hard, “It’s Christmas. It’s the time of miracles.” So let’s dive in. 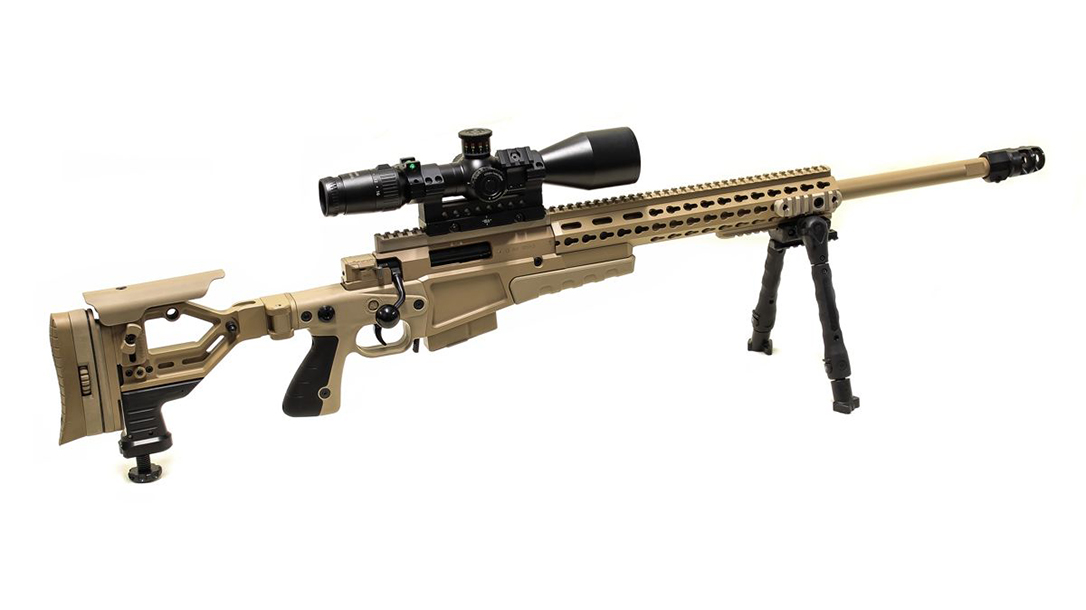 I mean, let’s be honest: ANY Accuracy International rifle will do just fine. But what caught my eye recently is the AI AXMC. This bolt action thing of beauty and brains is supplied configured as a .338 Lap Mag, which can be repurposed to .300 Win Mag or .308 Win. Since .338 holds a special place in my heart, that’s my go-to. AI has long proven itself in its ability to manufacture quality combat proven sniper rifles. Personally, I want in.

When it comes to customization and getting anything done quickly, this rifle has all of the bells and whistles. AI’s patented “Quickloc” barrel release guarantees a one-minute breakdown. If you have the AI conversion kit with you, you can change out the caliber in minutes. It also features AI’s six lug 60-degree bolt with AI leaf spring extractor and a two-stage trigger you can adjust for reach and weight.

You can also choose your color of Cerakote — dark earth, green and pale brown. AI also mentions its “elite ultra high performance for unrivaled durability” Cerakote in “Elite Sand” and “Elite Midnight.” I’m assuming it won’t scratch as easily. Either way, I would probably ask Santa to bring it to me in green and pray he listens, or else I am forking over about $9,000 to buy it myself! 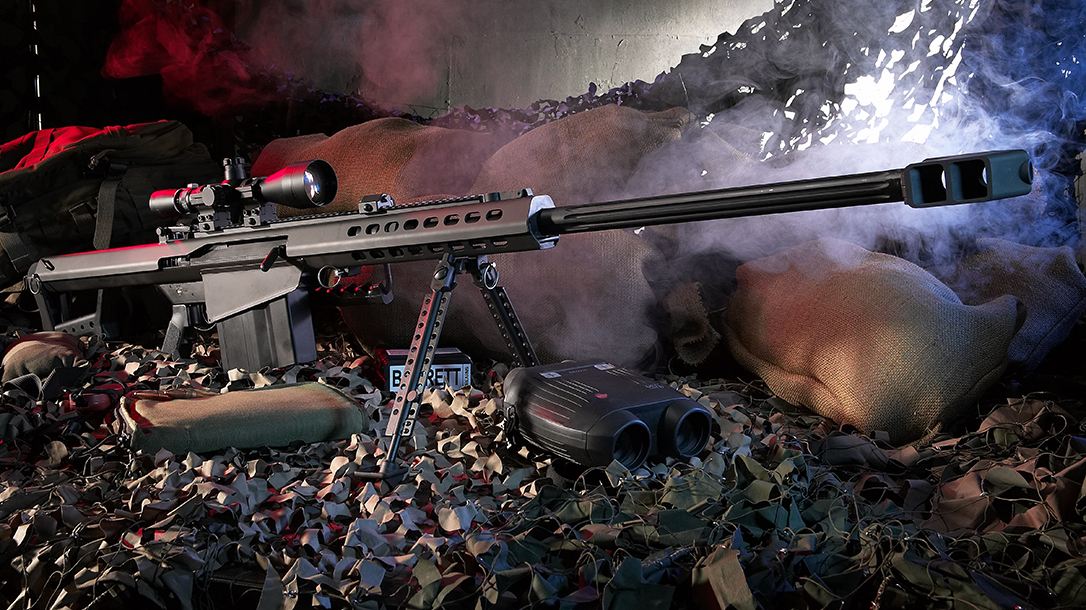 Friendly reminder to everyone: This is a Christmas WISH list. Meaning something I wish I could own, no matter how impractical or “why do you need that?” it is. This isn’t a list of essentials; it’s a list of “if you could have anything.” I say go big or why the heck make a list in the first place? If a jolly man in a red suit wanted to hand over a Barrett M82A1 to me free of charge and throw in some ammo with the deal, I wouldn’t say no. But I digress.

As an iconic American staple, the .50-cal is essential to my list because, at one point in my life, it was literally part of my job to be qualified on one of these things. It has been a little more than one year since I got out of the Army. One of the things I miss the most is being able to bring out the “big guns” and shoot them at tanks in the middle of the desert. Need I say more as to why it’s on my list? 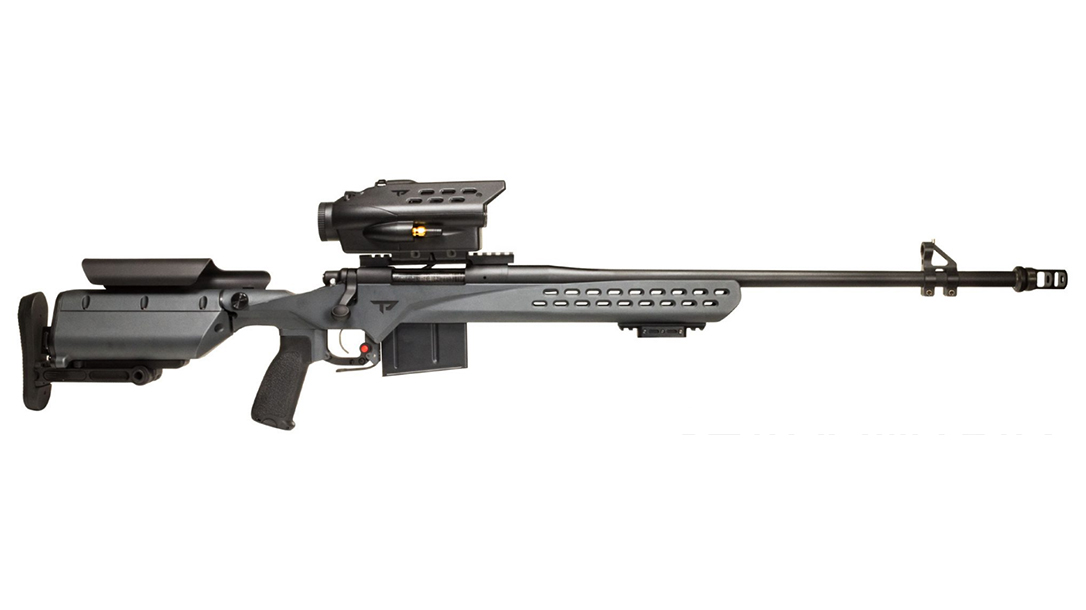 I know, I know — another bolt action rifle. Big surprise coming from me! However, the technology is what I find interesting enough to put on a wish list. Now, I haven’t experienced this particular brand myself, but I felt the technology behind the manufacturing was worth talking about.

Based out of Texas, TrackingPoint created an optic and rifle combo that basically does what fighter jets do when locking onto a target. The company claims that its system guides the ordinance once you have locked in the target via the optic, and completely eliminates any human error. Sure, this may take some of the fun out of actually having to practice and get good with whatever weapon system you own, but you can’t deny how impressive the capabilities of this system are. With an MSRP of about $10,000, it is too rich for my blood. Therefore, it earns a spot as a permanent fixture on my Christmas wish list. 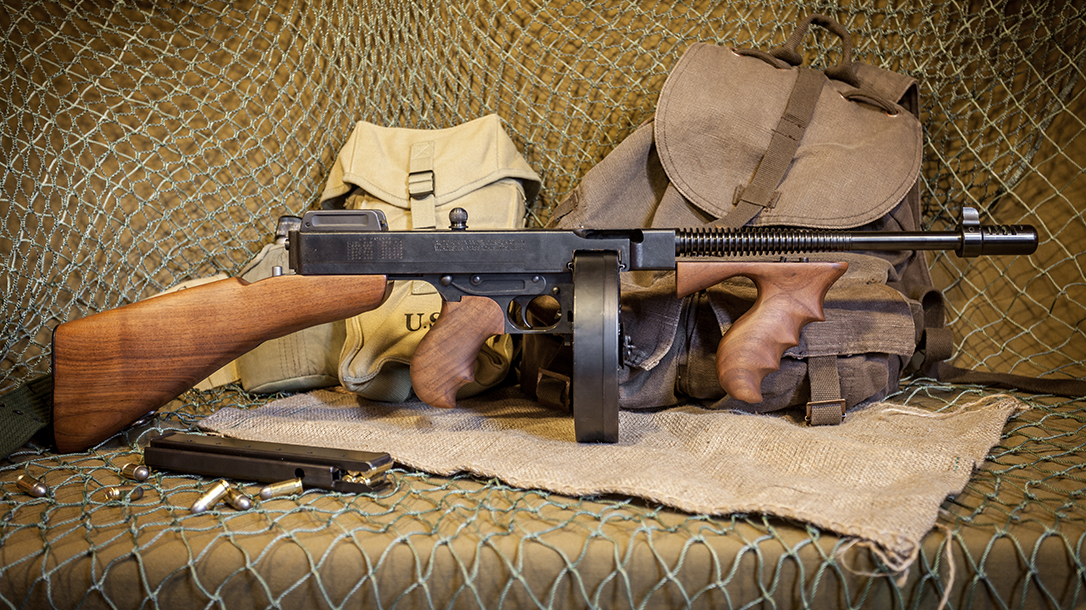 Who wouldn’t want to own a piece of rebel American history? Anyone who hears the name “Tommy Gun,” immediately thinks of the Prohibition era. Anyone who reads this and enjoys a little whiskey or wine likely appreciates those that rebelled against it. The Thompson submachine gun gained a great deal of significance in popular culture after it was produced in 1921. It has acquired quite a few nicknames: Chicago Piano; Annihilator; Chicago Organ Grinder; Trench Sweeper … I could go on and on.

Obviously, it was popular because it was the first of its kind with the ability to throw around .45 ACP cartridges with better accuracy; being fully automatic didn’t hurt either. While I can’t buy one now that is full auto, Auto Ordnance still manufactures semi-auto Tommy Guns. Cost ranges from $1,200 to $4,200, depending on what you’re looking for. But if you’re like me and would of course prefer to have the OG Colt patent Thompson straight out of 1921, it would cost between $20,000 and $35,000. So, in that case, this particular piece that revolutionized firearm manufacturing will forever remain on my wish list. 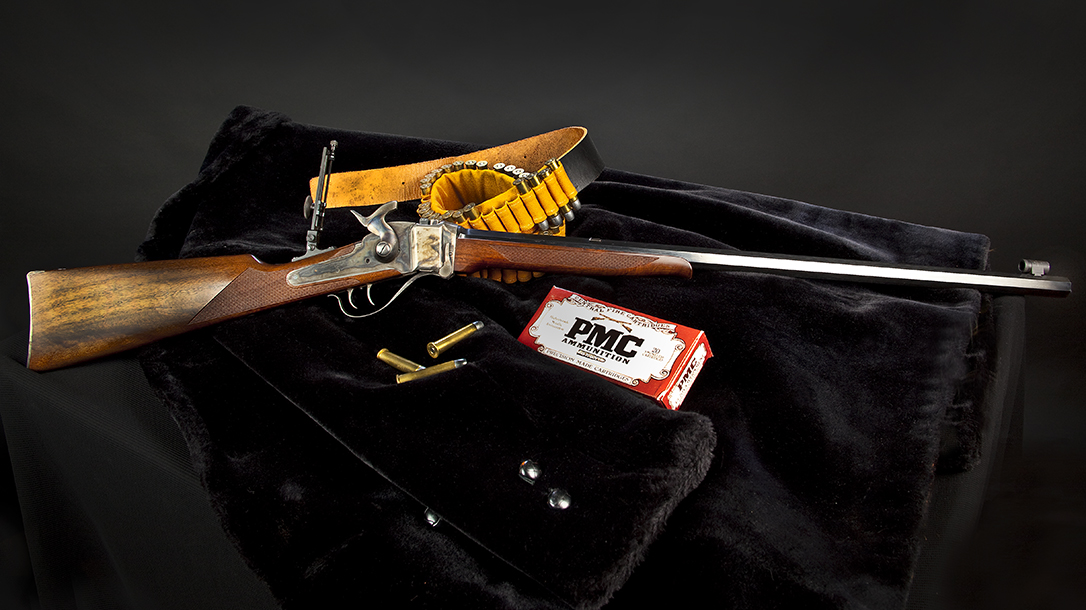 While I probably wouldn’t look as good as Tom Selleck did when holding one, this is the rifle of my dreams. In 2006 one of the actual rifles used in the movie “Quigley Down Under” sold at auction for a casual $69,000. Tom Selleck himself owns the other one. I’m not sure if there’s more than two of these floating around, but I only know of two in existence and that is the current status.

The model you see above is a replica from EMF. If I wanted to buy a stock 1874 Quigley 45-110 with a 34-inch barrel right now without adding anything to it, it would cost me a crisp $3,533. Not to mention the ammo itself is about $3.25+ a piece. But I’m a movie buff at heart. And being from the west it was essential to add a cowboy gun into the mix.