Lara Spanic: The Teen Precision Shooter With Eyes on the 2024 Olympics

Precision shooting is a sport of revelation because you can easily find yourself regularly getting whipped by a youngster. We’re specifically talking about Lara Spanic, an 18-year-old competitive shooter from Milwaukee, Wis. 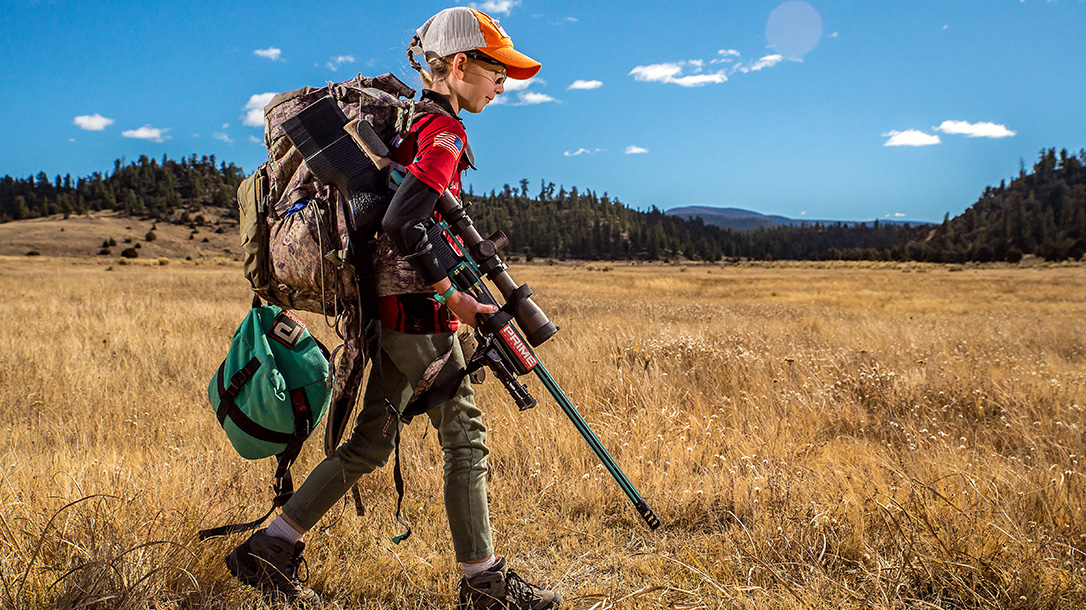 Lara currently competes in a variety of precision rifle shooting disciplines, including PRS/NRL type and Olympic-style competition, which includes three-position small-bore and standing 10-meter air rifle. “I’m hoping to get into the 2024 Olympics,” Spanic said.

Lara technically hasn’t been shooting very long, getting a start in precision rifles at the age of 15. “I attended shooting courses with my parents at The Site training facility and one time Jim Kauber had me try shooting his precision rifle. He said I was pretty good at it and should give it a try.”

Kauber is the lead instructor and manager of The Site and has an impressive shooting pedigree. When he first told me about Spanic, he recalled a particular Canadian PRS-style competition she competed in, the Meaford Steel challenge. She placed 11th out of 120 shooters, and earned the “bear slayer” moniker. There was one stage with targets ranging from 350 yards out to over 1,400. A bear silhouette hung at the furthest distance, and Lara was the only shooter to make two impacts on the bear during the stage.

Lara Spanic and Her Latest Setup

Her first rifle was an Accuracy International AX in .308. The challenges for Lara with the .308 were what you might expect. Recoil was one of them. The other was that the AX — no matter how awesome it is — was not ideal for the type of precision rifle competitions Spanic shoots in.

She now shoots a custom rig that includes an Impact Precision action with a Benchmark barrel in a MPA BA Comp chassis. It includes a Trigger Tech Diamond trigger, Atlas bipod and a Kahles 624i optic in MOA. It’s also apparently a 24- to 26-pound rifle chambered in 6XC, so recoil is a thing of the past.

I wondered how the 5-foot, 3-inch Spanic could wield such a heavy stick. “I’m petite, but I got a lot of help from my Area 419 Rail Changer,” she said. “I don’t have to deal with using a separate bag. My rifle is well balanced thanks to a weight kit.” Spanic noted that she works out, focusing on her core and doing pushups.

For the Olympic-style shooting, Lara wears a support jacket and specialized pants that support her waist and lower back. The outfit also includes a pair of boots with very flat soles. “You can’t even move in it at first, and the suit must be broken in,” she said. “A lot of the support comes from the pants. It can only be adjusted so much.”

I asked Lara about how she transitions to Olympic-style shooting after shooting centerfire, barricade style. “It’s not so much a transition as much as a transfer of skills,” she said. “I already possess skills like trigger control, natural point of aim and breathing so it isn’t difficult. Iron sights are hard to get used to. But I already know things like wind reading and how to kneel correctly, so it wasn’t a hard transition.”

Lara will be competing in the Gap Grind Pro/Am match this year. She is also transitioning from shooting 6XC to shooting 6 Dasher. Her caliber journey has been an interesting one, from .308 to 6.5 Creedmoor, 6mm Creedmoor, then 6XC and soon Dasher, which, like XC, requires handloading

This can be painstaking work, but Spanic doesn’t mind at all and credits Alpha Munitions brass for helping make it easier. She also uses a Forester coaxial press and an RCBS Chargemaster Light for powder dispensing. For more on Lara Spanic, check out her instagram @send_it_lara.