For former U.S. Navy SEAL Kyle Defoor, motorcycles were as a much a practical tool as a recreational outlet during his youth in small-town Alabama.

“Before we could drive, our parents didn’t have time to carry us to practice and events all the time. Most of us just had small dirt bikes or three-wheelers that got us from our homes outside of town to school and the gym,” Defoor says. But riding bigger, faster bikes also had a unique appeal and early inspirations. “One of my earliest memories, sometime in the late ’70s, was a group of Hell’s Angels passing all around my parents’ station wagon. 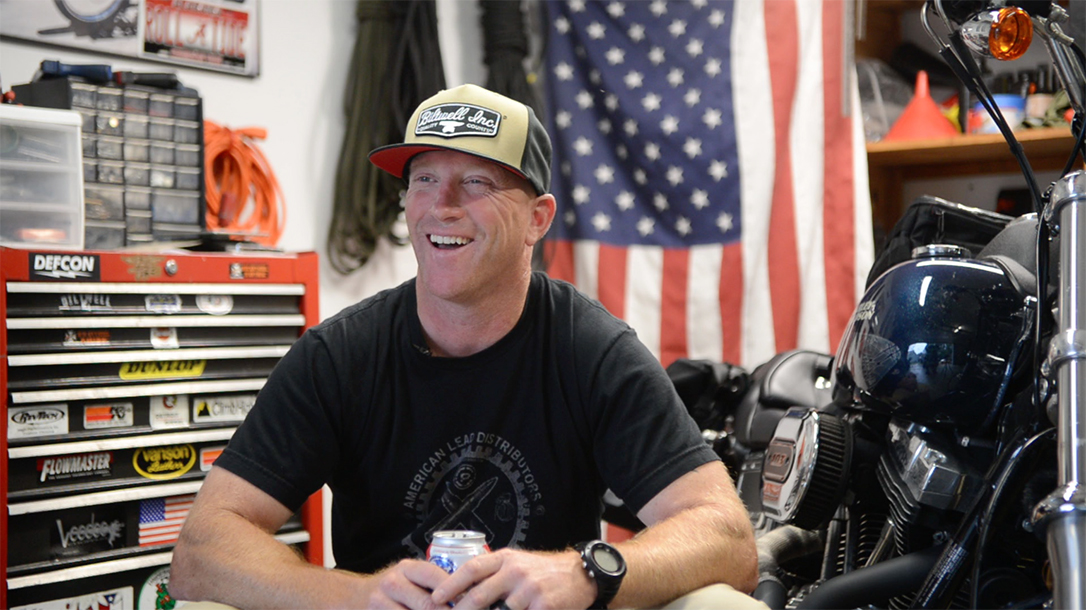 “I’ve often said I was born in Alabama, made in California,” Defoor says of the life changes brought about by moving to California after joining the Navy.

SEAL training transformed a young man into a warrior, but living in southern California also exposed Defoor to its motorcycle culture. With year-round sunshine and winding roads to the beach, mountains and desert, many of the military personnel in southern California take advantage of the off-post opportunities to ride through the diverse landscape.

For Defoor, this also involved steeping himself in the years of motorcycle history that gave birth to a uniquely American form of riding.

“Before Jesse James and the Orange County Choppers became mainstream, I was studying guys like Indian Larry and other traditional chopper builders,” he says. “I never owned another Japanese bike after I bought my first Harley. I liked the look of the exposed engine not hidden under plastic and the more comfortable and controllable cruiser position.”

Defoor purchased his first serious Harley, a 1998 Softail, after his second deployment as a SEAL.

“I immediately chopped it and added a foot clutch and jockey shifter.”

His modifications have continued; his current ride is a 2016 Harley Davidson DYNA Lowrider FXDL. And these aren’t garage queens—Defoor puts 10,000 to 15,000 miles on his bikes per year.

As the founder of Defoor Proformance Shooting, he often rides to his instruction engagements. However, discreetly transporting a rifle on a bike is challenging. To solve the problem, Defoor turned to motorcycle gear designed by some fellow vets.

Defoor’s preferred carbine is an 11.5-inch-barreled CQB11 from Bravo Company Manufacturing (BCM). It is quite compact and also fits into non-rigid and waterproof Ortlieb saddlebags. However, other storage spaces for his EDC gear and ammo are purpose-built. For example, his EXFIL-7 handlebar bag is made by California-based Biltwell Inc. The company was founded by Bill Bryant, a retired Marine whose motorcycle passion became a full-time business.

In addition to external MOLLE, the bag has a high-visibility orange PVC lining to increase weather resistance and aid visibility within the bag. The bag’s design was inspired by Bryant’s M249 SAW ammo bags and features of other tactical gear he carried in the field.

With a nod to keeping things simple, his EXFIL bags are numbered in ascending order by size according to the number of 12-ounce beer cans they will hold, a visual reference just about every vet and soldier can immediately estimate. 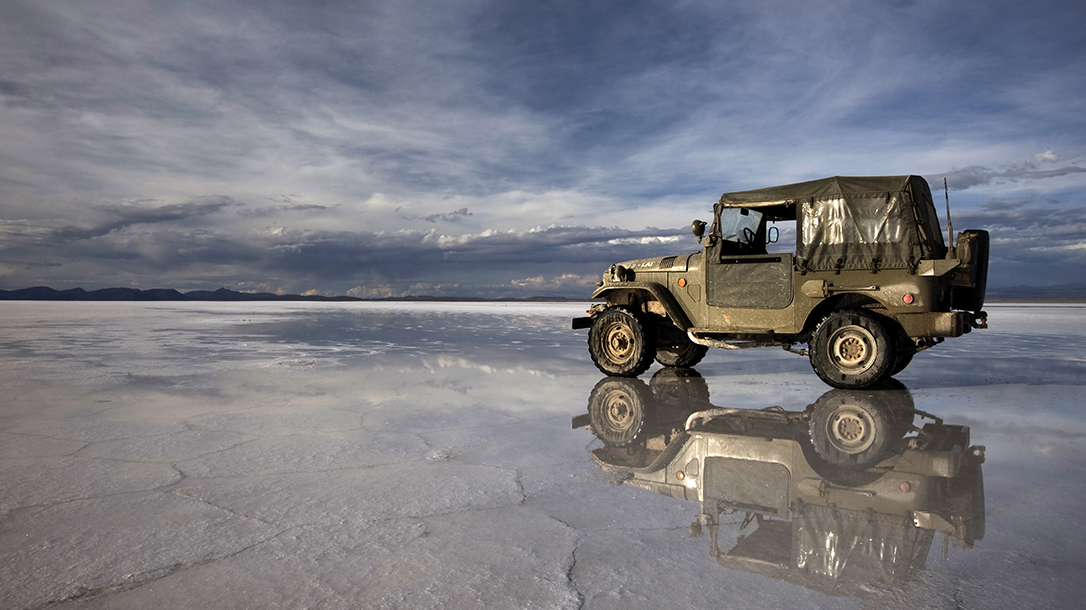 Everything You Need to Build a Solid Bug-Out Vehicle

Like Defoor, Bryant found solace in riding after returning from deployments.

“When things were fresh, splitting lanes or riding fast simulated the heightened situational awareness [of a deployment] in a safer and more repeatable way. It gives you time to clear your head and be alone with your mind,” Bryant says. “Also, the shared hardship and camaraderie of a long ride, dealing with the elements and fixing your own stuff feels a great deal like time in the field.”

Osman, a former Navy SEAL, also translated his experience as a special operator into adapting the ruggedized tactical gear into motorcycle equipment. His “born on the battlefield, built for the street” gear targets serious riders who prefer long rides exposed to the elements. Like Bryant, Osman found in riding a way to clear his head after deployments.

“I wanted no distractions,” Osman says. “When I returned, my whole attitude on life changed, and I needed a way to both reconnect and escape.”

Defoor admits his riding has evolved and is slightly less traditional since his team days.

“I wear more protective gear these days, such as real motorcycle boots, a protective jacket and a full-face helmet. Back in the day, that wasn’t the case,” he says. “And my helmet is fully Bluetooth capable so I can take a call or utilize navigation if I want to.”

For more the complete story — including a look at retired Marine and Bravo Company Manufacturing founder Paul Buffoni’s bike — check out the spring 2018 issue of Ballistic Magazine, which hits newsstands Jan. 9. Grab your copy at OutdoorGroupStore.com.

10 Reasons Rokon Motorcycles Are Ahead of the Class