The second we hear “Korth,” we get tingly in places we can’t describe on this site. For those unfamiliar, German-based manufacturer Korth creates some of the nicest revolvers on the planet. They are about as perfect as a revolver can get. In 2016, Nighthawk Custom and Korth partnered up to bring the revolvers to the U.S. Fast forward to Thursday, and Korth just announced its new Heritage revolver—arguably the best offering we’ve seen from Korth yet. 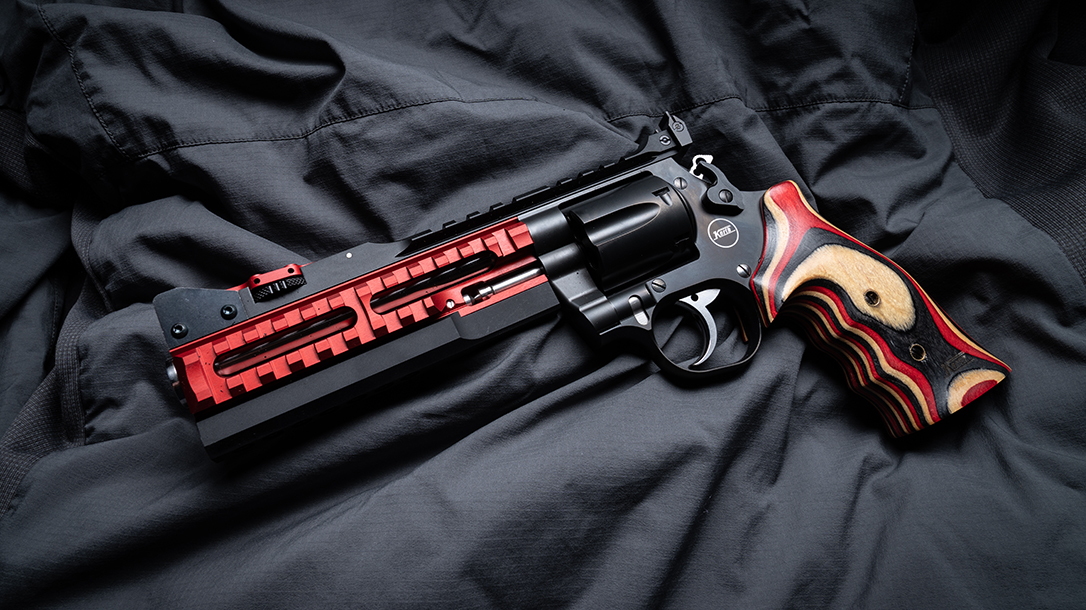 We usually end with MSRP. However, before we get to the details of the new revolver, we’re going to start with MSRP and work our way back. The Heritage, which is a limited offering, comes in at $8,999.

So immediately some of you just felt a swift kick to the pills and others will complain about pricing. We’ve said it before and we’ll say it again: Not all guns are created equal. You can’t have a Ferrari F8 Tributo for the price of a Chevy Trax; that’s not how this works. Historically, Korth’s have a price tag that matches what you pay for. Example: The Korth Super Sport comes in at $5,549. We had the chance to shoot it and guess what? It’s worth every penny.

“But what justifies a $8,999 price tag,” you ask. Fair question. Start with the color case hardened and charcoal blued finish by none other than the master himself: Doug Turnbull. Earlier we mentioned the “limited” nature of the new Korth Heritage, which is due to the time-consuming process it takes to create such a unique work of art.

Turnbull makes some of the most beautiful firearm finishes you’ll find. Check out his work on this Winchester Model 1892. Turnbull and Nighthawk are also a bit of a thing. They’ve previously worked together on the VIP Series, which includes the Nighthawk VIP 2—a specimen in its own right. But the Heritage takes things to a new level.

As for the revolver itself, let’s quickly look at what it entails. Firstly, Korth chambered the gun in its traditional .357 Magnum. It features a 5.25-inch precision cold-forged barrel and a 6-shot cylinder. Korth also high polished the trigger with a roller trigger system for single/double action shooting. Rounding out the package is a fully adjustable rear sight that pairs with an 18k gold bead front sight.

Lastly, Nighthawk noted that every part of the revolver is fully machined from solid steel billet. Meanwhile, the grips were carved from Turkish Walnut. It’s a high-end move, but the walnut is actually more comfortable than you can imagine.

So that’s that. We don’t think the Korth Heritage is going to last long, so if you’ve got the spare change lying around, go for it. We listed additional specs below. For even more info, please visit NighthawkCustom.com.

Korth Mongoose: A German Revolver Built Like a Nighthawk Custom 1911