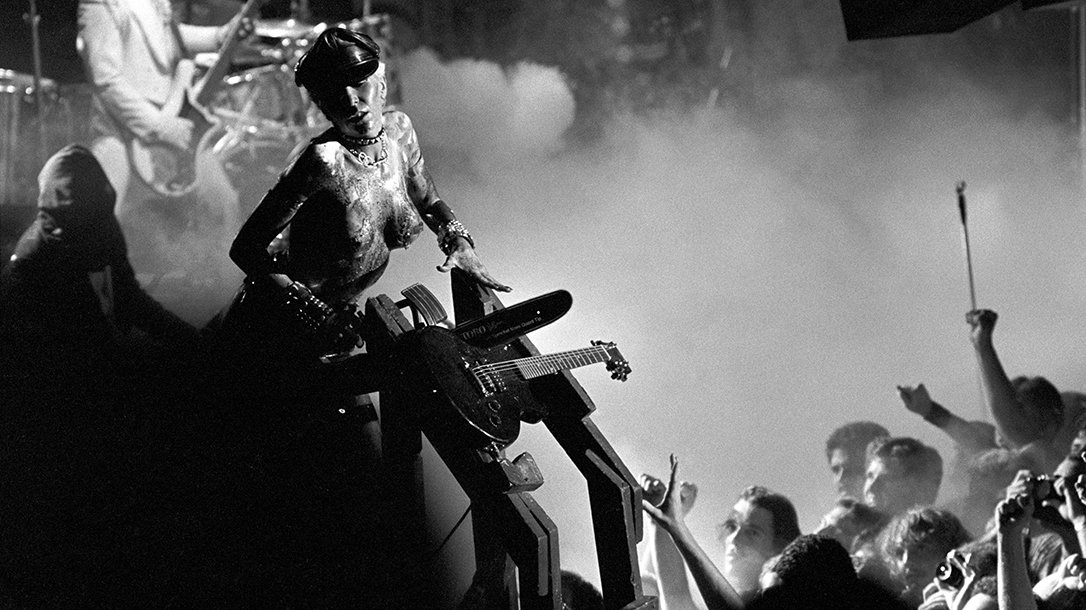 I saw The Rocky Horror Show (the play, not the film) a few weeks after its opening during the summer of 1973 at the Royal Court Theatre Upstairs in London. Since I liked science-fiction, horror films and rock, I was immediately hooked by the musical. I saw it again in London a couple of months later. You can say I was a fan of the show. I liked the music, costumes and staging. However, I never really became a member of The Rocky Horror Picture Show (the movie) cult. No wearing drag, throwing rice or sailing toast for me.

Fast-forward more than a decade to 1985. I was back home in St. Louis when The Rocky Horror Show, starring Wendy O Williams as Magenta, began a six-month run at the Westport Playhouse. I knew Wendy O Williams mostly by her wild reputation with the Plasmatics but had never seen her actually perform.

I decided to take in the show, and after it was over, an acquaintance working at the playhouse asked if I was still doing close-protection work. Generally, I was vague about what I did, so I said something like “maybe” or “occasionally.” He asked if we could go to the plaza to have a drink and talk. I agreed but only to water, as I was packing my pistol.

My acquaintance explained that a fan was seemingly obsessed with Wendy O Williams. He was at every performance and tried to sit on the aisle so he could be close when she came into the audience to sing the opening song as Trixie the Usherette. He left notes and hung around outside the theater after the performance. A couple of times when Wendy was away from the theater shopping, he was seen following her, and he had asked the box office for her address so he could “send her flowers.”

When I asked if he had made any overt threats or tried to touch her, my friend said no. In fact, he said, they were actually more worried that Wendy might get fed up and attack the stalker, resulting in a lawsuit and bad publicity for the playhouse. That wasn’t an unreasonable fear, as Wendy had attacked a member of the paparazzi in Chicago in 1981.

The bottom line: My acquaintance wanted to hire me for a few days to do a threat assessment of the stalker and maybe help discourage him. He couldn’t offer my usual day rate, but I’d get free aisle seats close to the stage every night and an extra pair of tickets to give away or sell. I’d also get a small stipend.

Although I had done some rock concert security in grad school in London and filled in once or twice to help friends who minded rockers, it wasn’t the type of protective work I normally did. First, I was about 6 inches shorter and 50 pounds lighter than a usual minder. Still, it sounded interesting, so I agreed to a one- to two-week gig. There were eight performances per week, including 7 and 11 p.m. on Fridays and Saturdays. The playhouse was dark Monday. Although the target of my interest didn’t make every performance, he was typically at three or more per week.

Before the performance the next day, I was introduced to Wendy, who was more quiet and pleasant than her stage persona. I liked her. She basically told me she’d handled a lot worse than him in her career. I believed her. Still, I explained that my job was to make sure she didn’t have to “handle” him. We explained that I’d be in one of the first two or three aisle seats and backstage after the show. When we parted, she asked if I was carrying a gun. I said, “No, not today.” Actually, I was, but I believe the only time anyone needs to know that is if I have to use it.

The stalker wasn’t there the first night. I was trained to watch for anomalies in crowds when on protective assignments, but this was The Rocky Horror Show. Were the anomalies the people in suits and dresses who weren’t in costume throwing rice and toast? While singing the opening number, Wendy would come into the audience and sit on the lap of one of the male patrons. My first night on the job, she sat on my lap while singing and gave me a wink as she finished.

The second night, someone pointed out the stalker. He creeped me out, and that takes a lot. Also, he kept craning his neck and twisting his head like a snake to watch Wendy whenever she was on stage. He had an aisle seat and did everything but hold up a sign asking her to sit on his lap while singing. It wasn’t going to happen, though I could imagine her singing “Science Fiction” and then kneeing him in the crotch as she stood up.

After the performance, I wrote down his seat number and asked my contact to check when he next had a ticket. It was the next night. “Put me next to him,” I said. I can’t remember if they had to switch someone’s seat or if it was vacant, but I ended up in the seat right next to him, with him on the aisle. My plan was to evaluate him up close and start making him uncomfortable.

Though he was somewhat disheveled, he didn’t smell. He had jerky mannerisms and didn’t look me in the eye when I greeted him while taking my seat. He pulled a program out of his pocket — I’m assuming recycled from a previous performance — and began to peruse it. I leaned over and obviously started looking at it as well. He kept shifting to get away from me. I made it a point to intrude into his space whenever possible, making him more nervous as the performance progressed. Obviously, I made an impression, because he left hurriedly. I followed him out and then leaned against the building, watching him as he hung around. He spotted me and left before long.

I stayed around to walk Wendy out in case he had doubled back, but he hadn’t. She wasn’t staying at the hotel in Westport but rather with a local family that had befriended her. I think she or someone told me they had met at a local mall. It was rather informative — maybe a bit touching — that she craved a stable home life. I gather her childhood hadn’t been that stable.

Two nights later, the creepy fan was back. I didn’t sit next to him that night but was back in my aisle seat. I had told Wendy to make it a point to sit on my lap during the opening number and really lay it on with me so we could see how he reacted. The stalker was behind me, so I couldn’t see, but one of the attendants later told me the stalker got very nervous and flustered.

Again, I hung around to make sure he didn’t sneak in or wait around. He didn’t. While we were talking after the show, Wendy asked about my music interests. I told her about some of the bands for which I had worked. She knew most of them. She was especially interested, though, to hear about my youth, spent going to hear Ike and Tina Turner at the Club Imperial or places in East St. Louis.

When I told her the Club Imperial still existed, she wanted to see it. The next day, I picked her up, and we drove to it, though its glory had faded. I brought my Airedale terrier along, and it turned out Wendy was a dog lover. They quickly became great friends. She was relaxed that day and really likable. She was a tough gal, but I’d grown up with tough gals. I appreciated toughness.

Taking Care of the Threat to Wendy O Williams

I decided it was time to convince the fan boy to move on. The next night, I knew he would be there at the 11 p.m. performance. I invited a high-school friend who worked in “public relations” for a local vending machine company to join me.

After the performance, the stalker hung around but eventually left. As he was walking to the parking lot, we accosted him. By hanging about, he had unintentionally abetted us by ensuring there weren’t a lot of people nearby when we caught up with him.

We didn’t hit him, but we crowded him against a car. I can be menacing, but my friend was menacing for a living. I succinctly explained that Wendy and I were involved, and I believed he was showing too much interest. We made it clear that it would be smart if he stopped following or approaching Wendy and avoided the playhouse. If not, we promised to see him again. I had also gotten his name and address, as he had purchased some tickets through the mail. I took out my notebook and read the info to him. He seemed to get the point.

I attended a few more performances to see if he returned. He didn’t. For the final one, I took along the woman I was dating at the time. I was in my usual aisle seat. Wendy made it a point to sit in my lap while singing and cuddle up close. As she finished, she whispered in my ear, “She looks hot!” When I went backstage to wish her luck and tell her that if the creep returned so would I, there was a package of dog biscuits for my Airedale with her compliments.

I never saw Wendy O Williams again. I’ve seen The Rocky Horror Picture Show a few times since, but the last stage performance of The Rocky Horror Show I saw was the one with Wendy. It will probably be the last one I ever see. I was sad when I read about her suicide in 1998. She was obviously a troubled soul, but I liked her, and so did my Airedale.

This article is from the fall 2018 issue of Ballistic Magazine. Get physical copies and digital subscriptions at OutdoorGroupStore.com. 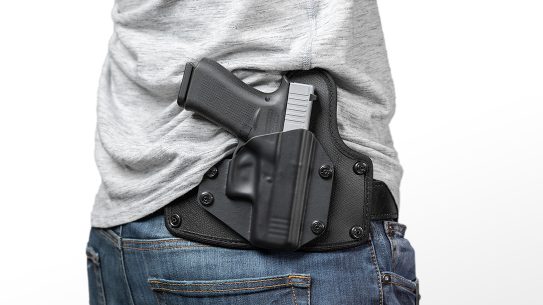 WATCH: Red Dot Training to Get Your Carry-Optics Pistol on Target Fast

President Biden Says the Quiet Part Out Loud, Suggesting a...