Kalashnikov Concern has a pretty notable following with its rifle systems and, to a lesser extent, its handguns. But the Russian company manufacturers a number of other products that most are unaware of: Special-purpose boats, high-precision projectiles, a 30mm aircraft cannon, and now a kamikaze drone. 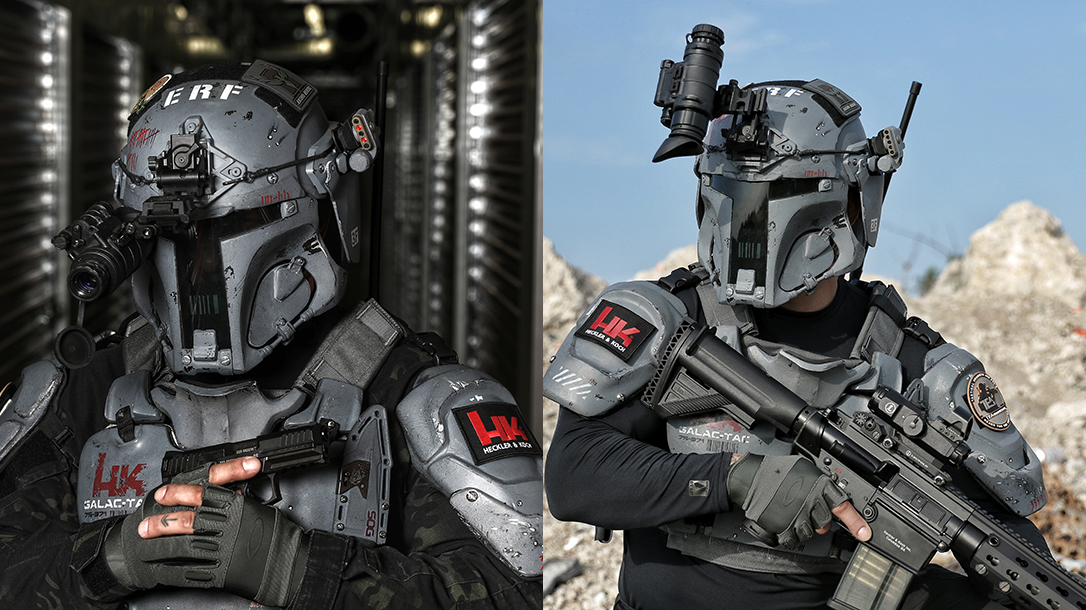 No, your eyes don’t deceive you. We said “kamikaze drone” and it’s exactly what you think it is. Kalashnikov Concern recently demonstrated the new drone — dubbed the “KUB-BLA” — at the International Exhibition of Arms and Military Equipment 2019 in Abu Dhabi.

What the Hell Is a Kamikaze Drone?

Well, like we said, it’s exactly what you think. The “high-precision unmanned aerial system” remotely destroys ground targets after users place coordinates into the system. On top of that, a release from Kalashnikov Concern says the KUB-BLA can attack based on uploading image of the target into the guidance system. Yeah, the future is here.

Sergey Chemezov is the CEO of Rostec, Kalashnikov Concern’s parent company. He spoke about the KUB-BLA’s capabilities after recent testing.

“This complex [system] is a step toward completely new combat operations,” Chemezov said. “… The charge on this complex [system] is delivered to the target, regardless of its secrecy and terrain, both small and at high altitudes. This is a very accurate and most effective weapon that is very difficult to fight using traditional air defense systems.”

According to the manufacturer, the KUB-BLA has been successfully tested and is ready for use. So expect to see one flying into your bedroom sometime soon! For more information, please visit KalashnikovGroup.ru.